Accessibility links
First Watch: Band Of Horses, 'Knock Knock' : All Songs Considered For its new single, the group takes to the desert to simulate a cheesy, stilted nature documentary. 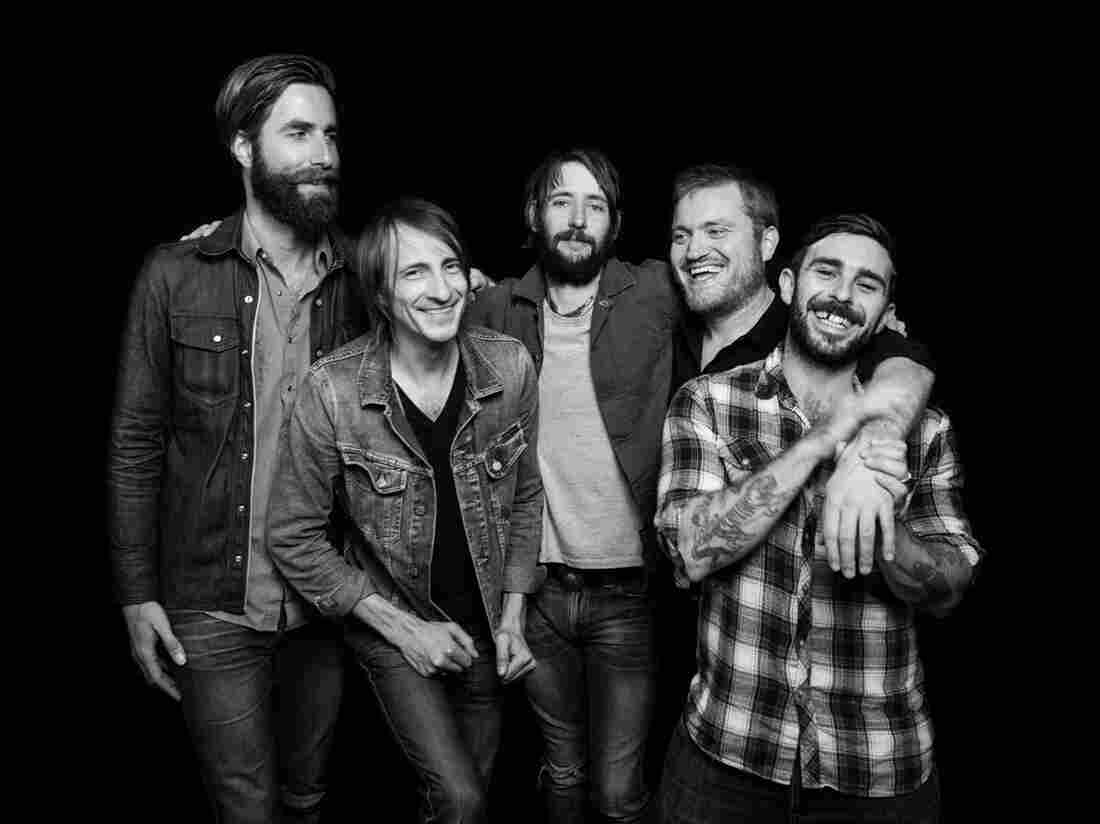 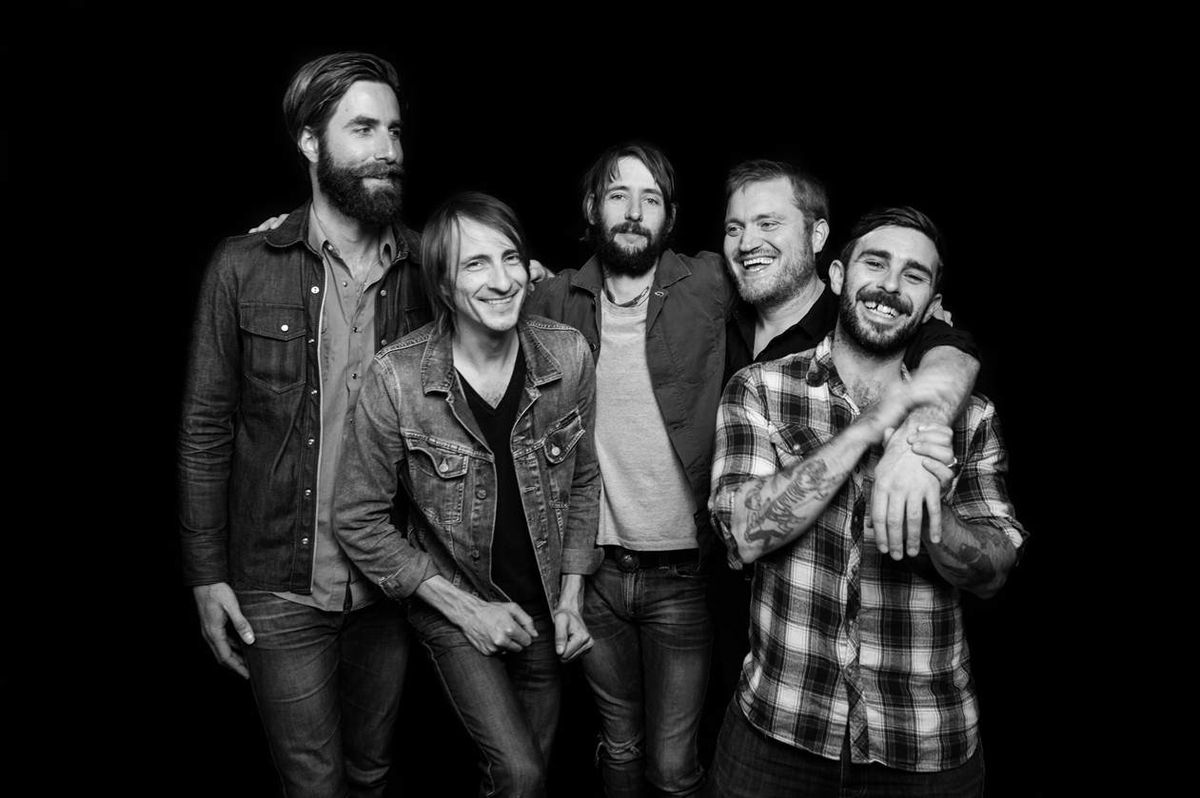 Two weeks ago, we premiered the video for Lord Huron's "Time to Run," in which the group ran around in the desert simulating an old Spaghetti Western — and, with the help of its director, captured the washed-out look and feel of old film stock. For the video accompanying "Knock Knock," the first single from Band of Horses' Glyn Johns-produced fourth album Mirage Rock, another band takes to the desert, this time to simulate a cheesy, stilted old nature documentary.

Both videos resemble the sort of thing that might have run through a 1970s elementary-school film projector, but the Band of Horses clip benefits from an especially tongue-in-cheek vibe; it piles silliness atop silliness, as awkward academics unveil their field recordings of musicians whose behavior is captured in the wild. Thankfully, "Knock Knock" itself benefits from an infusion of rock 'n' roll energy — the South Carolina group's previous album, Infinite Arms, is a little sleepy by comparison — and that brash, anthemic kick can't be obscured by all the loopy gimmicks in the world.

A band spends all this time and energy making an incredible album. For a video director, the challenge is breaking into the club as an outsider and gaining the trust of the band. It's the best when I feel I am partnering with the band, using their sensibilities combined with my own to do the part they can't.

The "Knock Knock" video was the perfect combination of three things. First of all, as a fan, I had a genuine interest in making something that felt like the band had made it themselves. I didn't want it to feel too slick. Second, I grew up in the area where we shot the video; when BOH wanted to shoot there, I already had all the locations picked. And third, I wanted to pay tribute to the old nature films I remember from school. Those old films were all about a bunch of guys going to exotic places and staging adventures, with very little craft or consideration to lighting or aesthetics: shooting in the middle of the day, staging scenes in really artificial ways, strange eye lines from reading cue cards, etc. It was really fun and sometimes difficult to get my head around trying to make things look bad, but not too bad.

And here's Band of Horses singer Ben Bridwell on the video:

We had some really great treatments sent to us from different directors, but this one stood out as the most interesting and fitting for our personalities. Jared really made us feel at ease, even in the planning stages before the shoot. He listened to our concerns and took extra care to make us feel like we stayed within our element, while at the same time pushing us to get good performances. It was a hell of a long day, but an exciting adventure for us in getting to see these beautiful parts of Utah and being around the great group of people that Jared hired for the shoot.

It seems fitting that we'd finally get to shoot a video around Salt Lake City, as we've got a song that pays tribute to the area called "The Great Salt Lake" from our first album. Better late than never.

Band of Horses' Mirage Rock will be out Sept. 18.