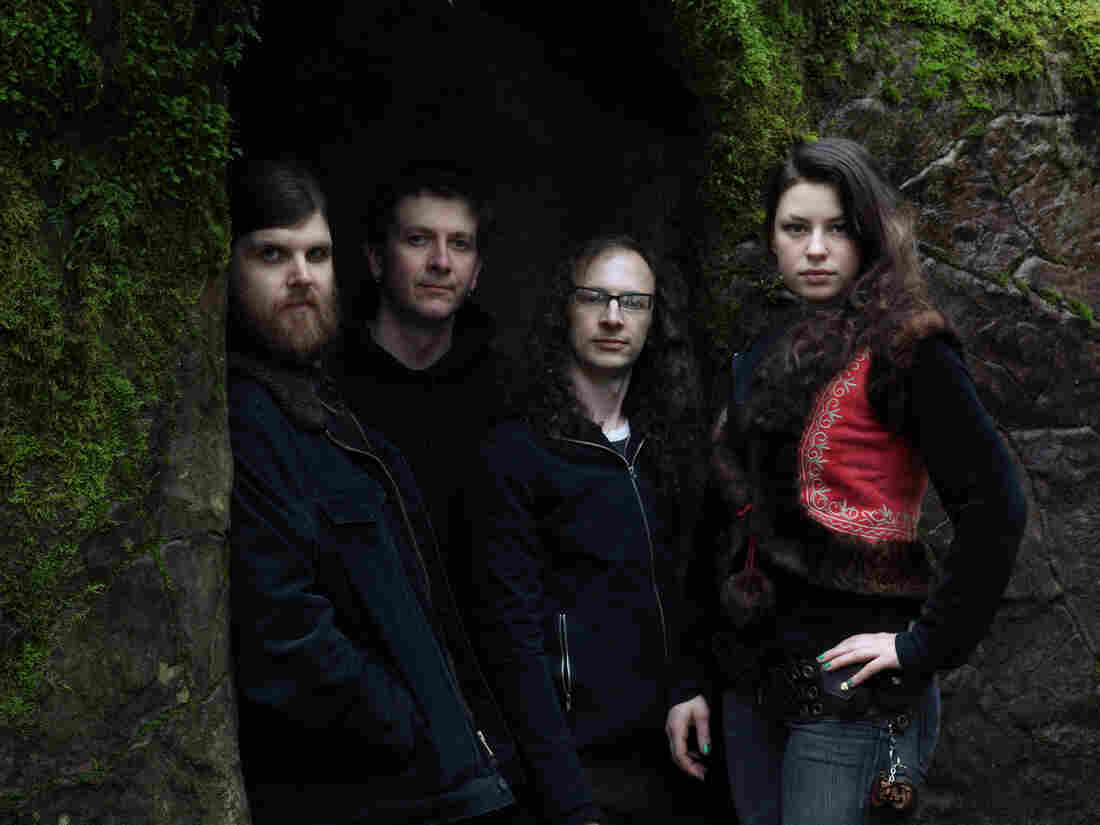 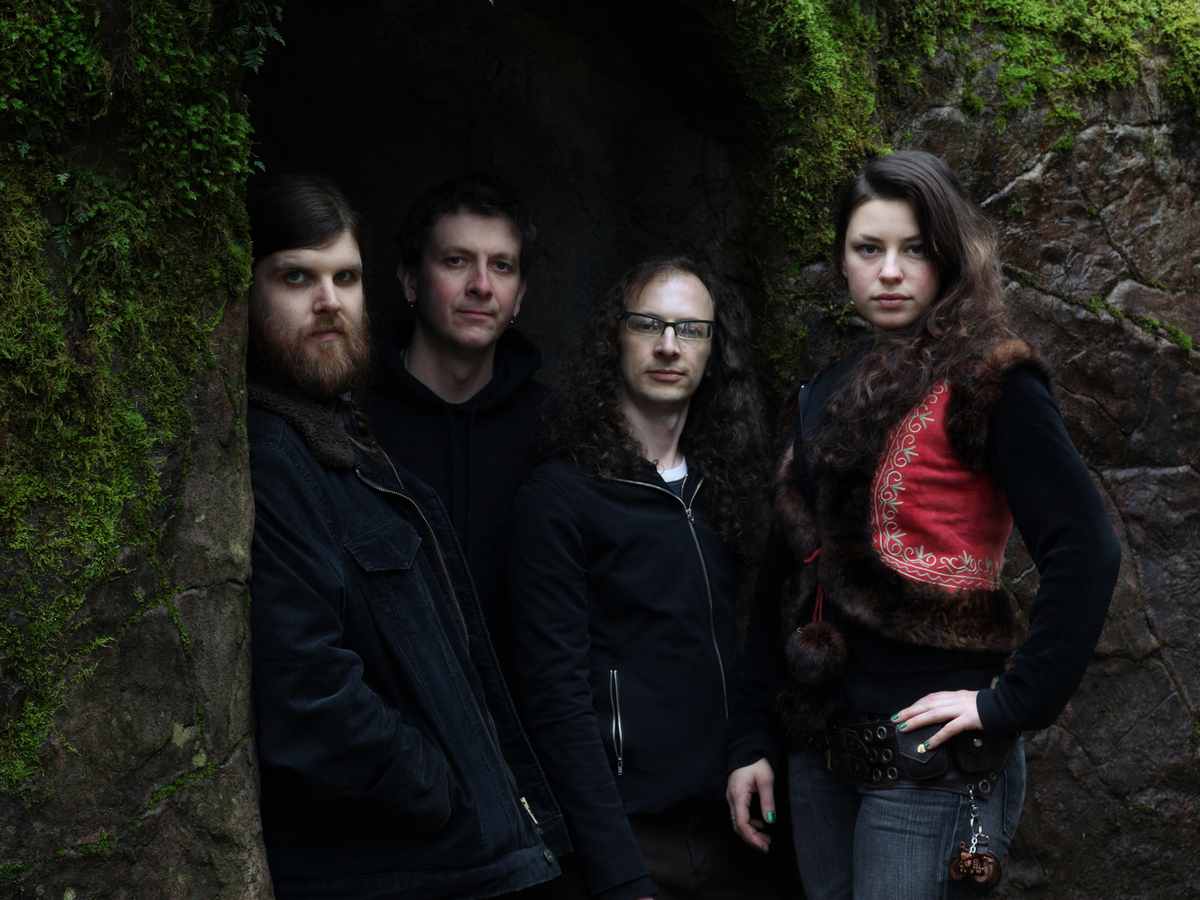 For a group that had been dormant for a decade, Witch Mountain sure has been prolific lately, with two albums in two years (South of Salem made my 2011 year-end list, while the equally mighty Cauldron of the Wild came out in June) and now a five-week tour that will take the doom-metal band across the U.S. and back home to Portland. The tour will feature a free 7" for those who attend, including a re-recording of an old song on the B-side, and the band's heaviest song to date, "Bloodhound."

Produced by Billy Anderson (Sleep, Eyehategod) with assistance from Brandon Eggleston (The Mountain Goats, Pelican), "Bloodhound" opens with a viola send-up of the iconic "Black Sabbath" tritone played by none other than Witch Mountain's vocalist, Uta Plotkin. Nate Carson even nods to Bill Ward's rumbling drums before guitarist Rob Wrong launches into the abyssal riff. Wrong's solo around the 4:25 mark is his bluesiest and nastiest yet, bending strings to their breaking point as the rhythm section keeps the full-body head-bang in constant motion. But it's Plotkin's soulful, commanding vocals — and, ultimately, what she bellows — that pushes "Bloodhound" harder, as she writes over email:

I have a friend who was recently abused, beaten and jailed by San Diego law enforcement. Their actions were hateful and excessive under the circumstances. I was upset and felt powerless to help him, which prompted me to write about it for "Bloodhound." It's really disgusting what people in power can get away with.

Both the 7" single and Witch Mountain's upcoming tour with like-minded doom merchant Castle are presented by Scion (yes, the car company) as part of its efforts to — here, at least — support the darker arts through tours and free digital and physical releases. As The Body's Chip King once jokingly told me, "Scion is like the modern-day Medici family." Scion's intentions have been generous, thus far, to metal, especially in a time where it's hard for a band just to make gas money to the next city.

Witch Mountain's tour with Castle starts Oct. 11. The "Bloodhound" b/w "A Power Greater" seven-inch single comes out Oct. 16 on Scion A/V, where it will also be available for a free download.