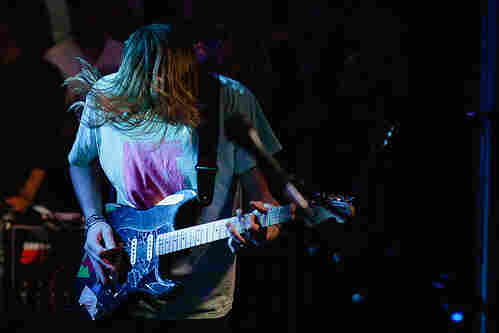 It was a very good day. I saw roughly 15 bands scattered around nine venues in both Manhattan and Brooklyn and I came away wanting to hear more from four of those bands. I'm usually happy with a seeing 10 bands and loving one.

The first band of the day was a group called DIIV (pronounced and formerly called Dive). They're a Brooklyn guitar based band, which is a bit like saying they're a white sharp cheese — there are thousands of types fitting that description — but they have a sense of melody in their guitar lines that bring Television to mind, and any band that can do that wins my heart. I look forward to seeing them at a late night bar instead noon while drinking a vitamin infused water.

Little Green Cars were next. Like DIIV, they were also handpicked to appear at a showcase organized by KEXP, who has been streaming shows from CMJ Union all week. This is a radio friendly Irish band in love with harmony and hits and I think their hearts and musicality are in the right place. Nothing in their arrangements surprised me, but they also managed the oddest cover tune at CMJ 2012, a version of "It's a Long Way to Tipperary," a song known to be sung by Irish troops during the First World War. Little Green Cars recorded the tune for its 100th anniversary; it was a quirky bit of joy at the end of a lovely set. 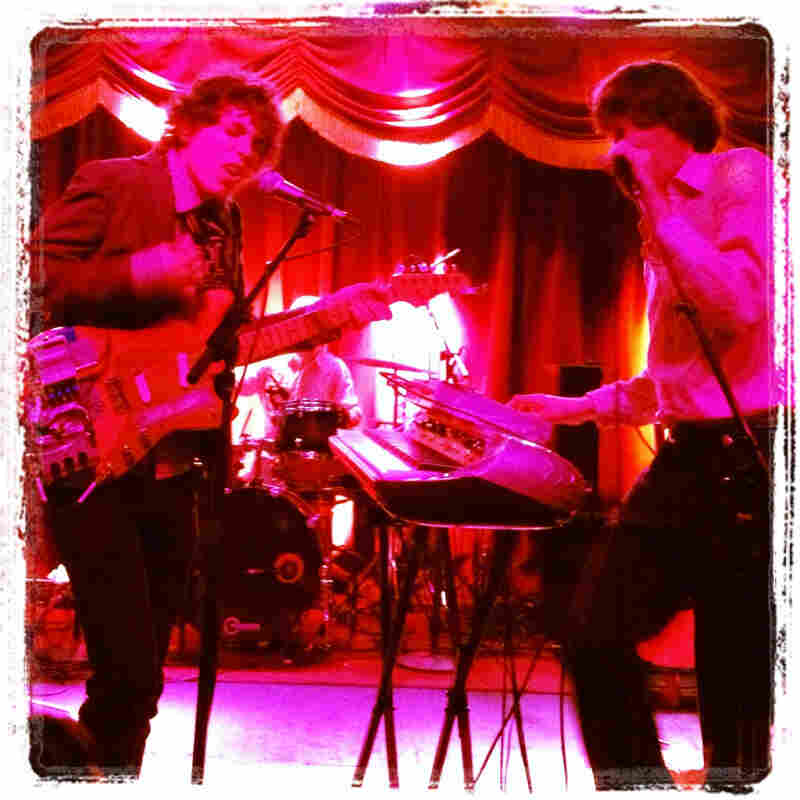 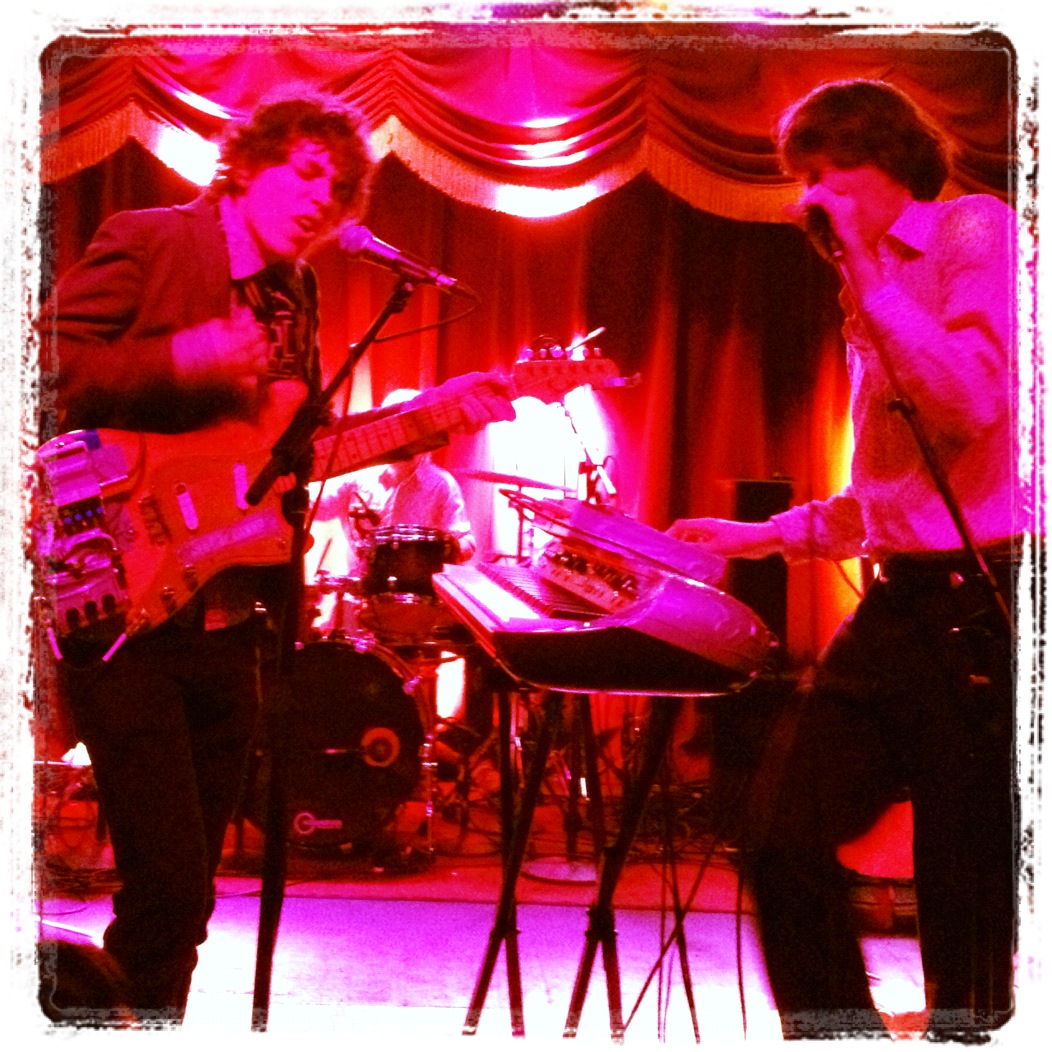 Check out Bob Boilen's CMJ favorites from days one and two of the Music Marathon.

Metz is a band Robin Hilton introduced to all of us a few weeks ago on All Songs Considered. They're pretty much a burst of musical brutality. And seeing them last night at The Knitting Factory in Brooklyn was more than an affirmation of that. A trio from Toronto, they'll sit nicely next to your Melvins and Nirvana and maybe even Wire. In other words, their edge is more than attitude and volume and speed.

Sometime around 11 p.m., I was in club number seven, seeing band number 12 or so, when I stumbled upon a striking blend of quirk, strangeness and charm. Foxygen is a five-piece centered around buddies Jonathan Rado and Sam France from California's Ventura County. They ooze charisma — certainly not the be all and end all for a band, but it drew me in, first to Sam France's Mick Jagger prance with his Tom Verlaine eyes. He has the motions, but I've seen plenty of singers with motions. This band has songs, too. They shift and change in ways that always serve the song not just the players. In those songs I also heard a bit of Sky Saxon and the Seeds, another California band from the middle 1960s, but this isn't retro music, just somewhat familiar. And guitarist Jonathan Rado wore some of his uniqueness right on his guitar: solving an age old problem for guitarists — it's difficult to tweak knobs with your feet — by duct taping his pedals onto his guitar. Cleverness at every turn.

Icona Pop is my oddest love of this year. There's a predictability in most European-style pop that normally does nothing for me, but as the song goes, "I don't care, I love it." The Swedish duo's use of electronics is polar opposite of the cold, detached humor of Kraftwerk's music, which hits my sweet spot. This is emotional and gut-filled stuff all wrapped in a glowing party ribbon. I walked into the set midway and snuck my way through 600 people — all younger than me — right up front. It looked like Aino Jawo and Caroline Hjelt were singing to backing tracks (it was hard to see anything at Santos Party House with as much smoke as they pumped into the room) but when they stopped singing they walked back to their synths to make the beats that propelled the next song. I was impressed even though their music made my dark purple plaid shirt feel so out of fashion. As they say, "I don't care."