Accessibility links
First Watch: Wanda Jackson, 'Am I Even A Memory' : All Songs Considered The video, in which the rockabilly queen sings a lovesick honky-tonk duet with Justin Townes Earle in a dive bar, nods to Jackson's legacy.

First Watch: Wanda Jackson, 'Am I Even A Memory'

First Watch: Wanda Jackson, 'Am I Even A Memory' 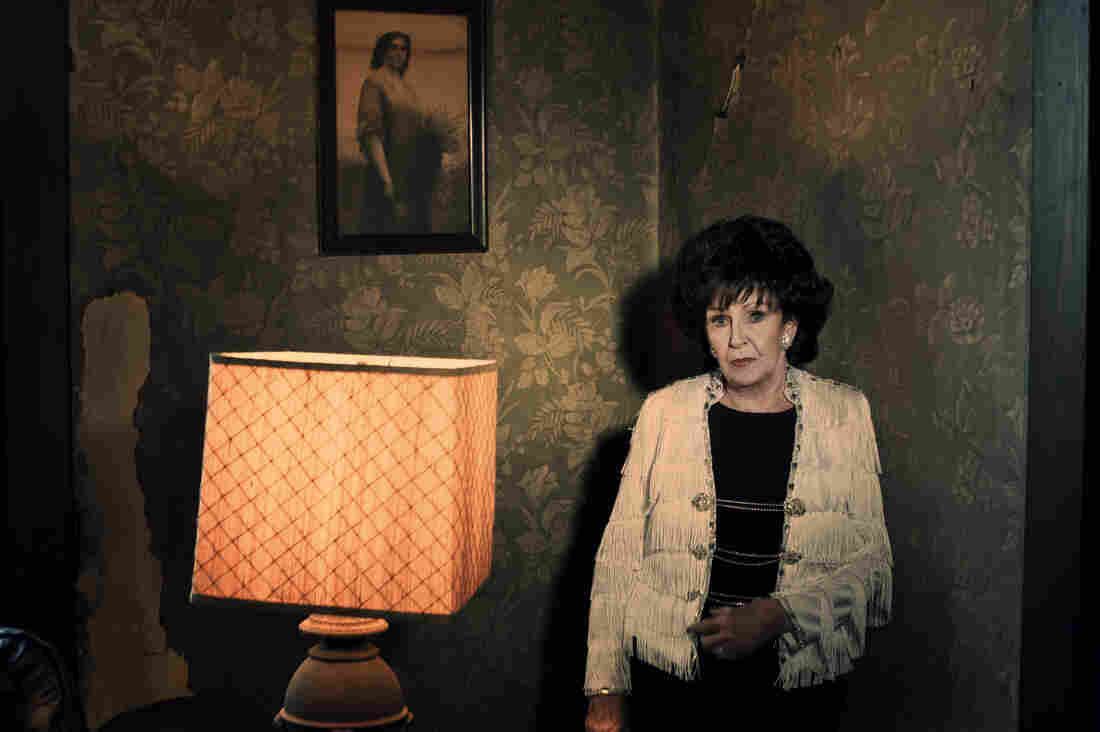 Enlarge this image
Joshua Wilkins/Courtesy of the artist 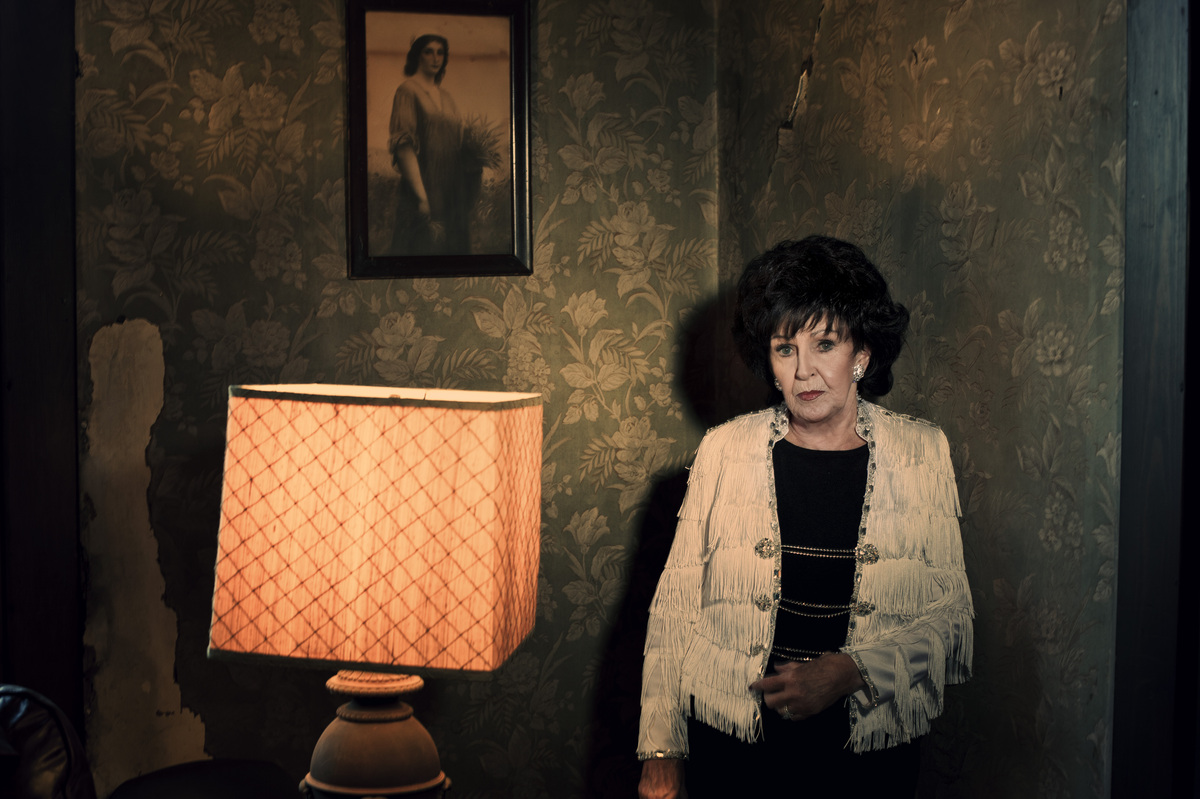 Joshua Wilkins/Courtesy of the artist

Who says a rock 'n' roll queen can't do country? Not Wanda Jackson. Best known as a rockabilly pioneer and original FOE (Friend of Elvis — she toured with him in 1955), the 75-year-old Oklahoma native has always had a thing for twang, too. Rock fans who've recently discovered Jackson know her for ravers like 1960's "Let's Have a Party. Last year, the Jack White-produced The Party Ain't Over caught that fiery spirit and ran with it. And now Jackson and Justin Townes Earle, who helmed her new release Unfinished Business, keep things hot while also showing Jackson's more tender side.

One standout track is "Am I Even A Memory," a classic country weeper written by honky-tonk revivalist Greg Garing. "Greg actually wrote the song for me seventeen years ago and never could get it to me," recalled Jackson in an email. Her publicist Jon Hensley played the song for Jackson and Earle, and "we were both knocked out by it," she recalled. They decided to sing it together as a duet.

Director Seth Graves set the song's video in the "trendy dive bar" Santa's Pub in Nashville. He framed the singers' interaction as two lives crossing for just a moment on the dive bar's stage, as Earle mourns one lost love (played by Mindy White, singer for the band States), and Jackson beckons toward another. 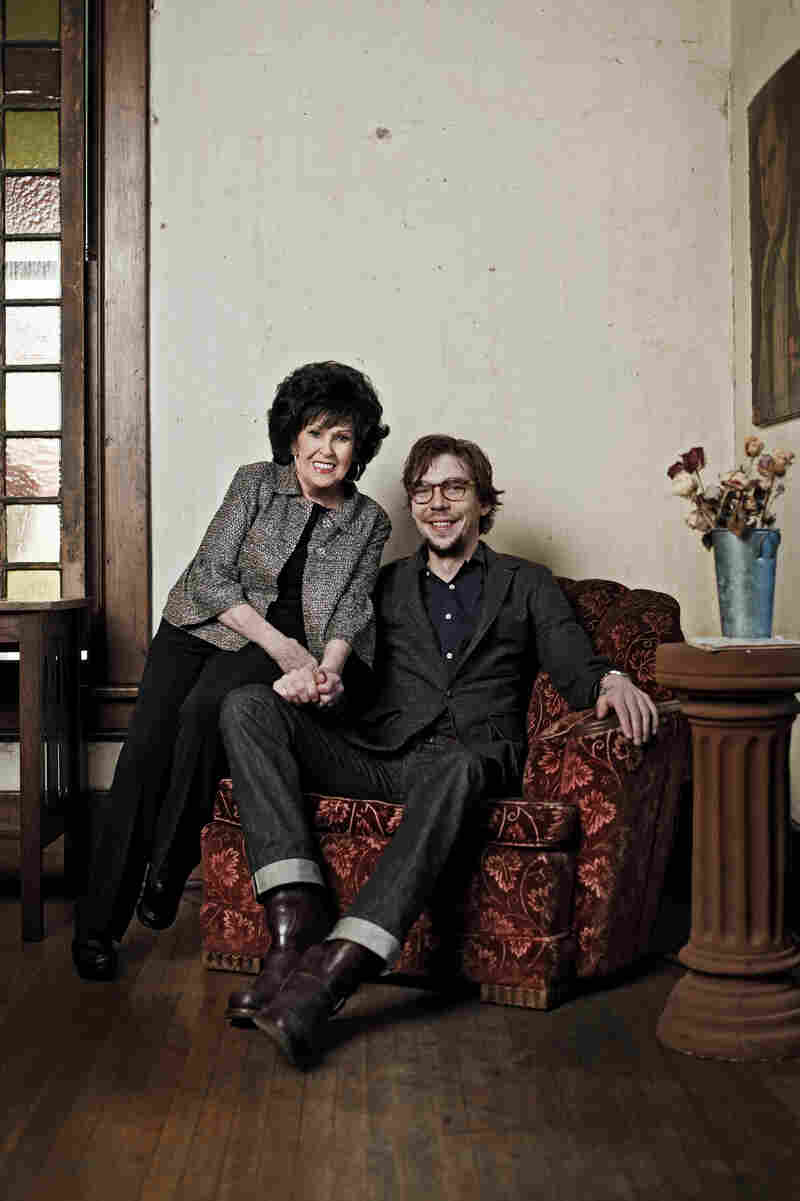 "Frankly ... it's a breakup song ... sung between a 74-year-old woman and a 30-year-old man," wrote Graves. "I'm no champion for social norms, but the Kid Rock/Sheryl Crow approach (the back and forth literal approach) seemed like it could potentially come off weird if taken literally. Not weird in a good way, anyway. That's not the kind of video I wanted to make. It seemed necessary, inspiring and way more interesting to find a way to create and use images that would give them each a different take on the song. So. I just thought of two lonely people, singing the same song for different reasons."

Garing's bereft lyric intertwines with its gentle backrub of a melody to create just the kind of emotional wallow you want from a heartbreak song. Graves added some images of the young Jackson to amplify its poignancy. "I feel like juxtaposing those imagines gives a literal and humble nod to her own legacy, but it also suggests her character's mind is in a much less lonely place than this dive bar while matching the surreal tone of Justin's part," wrote Graves.

As for Jackson, she's happy to have a new standard in her repertoire. "It's a nice change of pace," she wrote. "I'll always be a rocker, but there's nothing like a great country song and this is a well-written, great country song. My fans love it, too. They even sing the words along with me when we perform it live on stage."