Accessibility links
Should The Rolling Stones Hang It Up? : All Songs Considered Still performing after 50 years, the Stones make you wonder: Are aging rock stars the future?

Question Of The Week: Should The Rolling Stones Hang It Up?

Question Of The Week: Should The Rolling Stones Hang It Up? 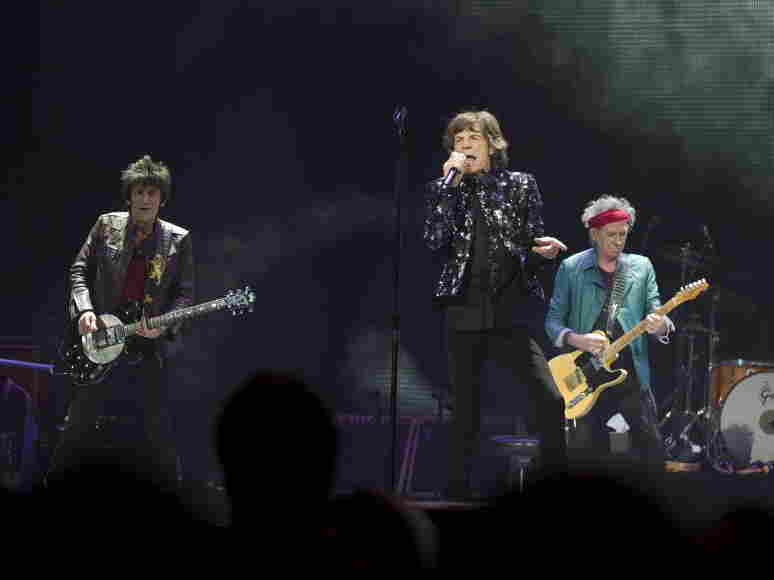 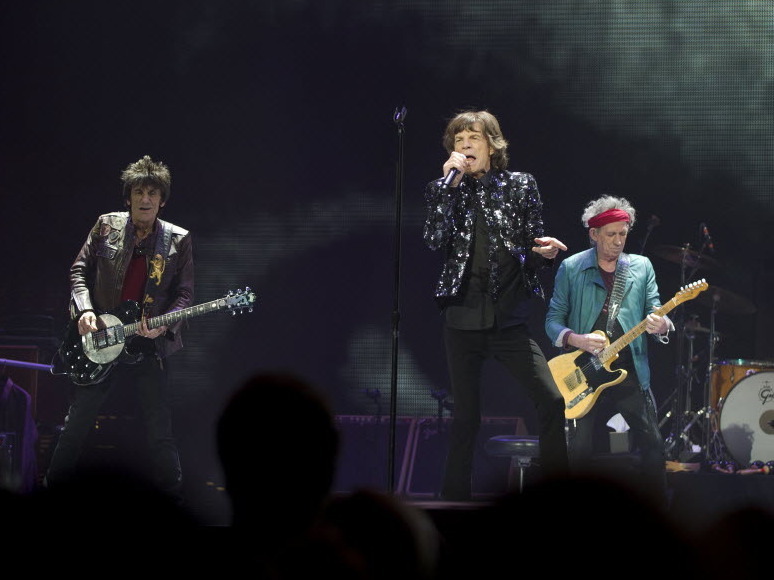 The Rolling Stones perform at the Barclays Center in Brooklyn on Dec. 8.

After seeing The Rolling Stones in concert over the weekend, I can confidently say the short answer is "no."

We need to be thinking about age and rock music in a different way. When I was in my 20s, my generation thought 30 was too old for a rocker. Now, in 2012, the brilliant futurist Ray Kurzweil is wondering who the first person to be 150 will be. He told a crowd at the 6th and I Synagogue in Washington, D.C., that he thinks that person is alive today.

Mick Jagger is 69, Keith Richards 68, and Charlie Watts 71, but they still play with the exuberance and energy of 20- or 30-somethings. In the past few months I've seen The Who, Peter Gabriel (still young at 62), Bob Dylan (71) and Neil Young (67) with Crazy Horse. With the exception of Dylan, their age didn't seem to have much effect on their musical performance. Oh sure, The Who's singer Roger Daltrey (68) couldn't quite reach those high notes, but still he was strong.

In the 19th century, life expectancy was 37 years. 100 years ago it was around 50. Now it's about 76. So if Kurzweil is right and people will soon live to 150, how will creativity change with age? Looking at the current crop of aging rockers may give us a clue. Neither The Who nor The Rolling Stones have made significant works in the past few decades; Neil Young's latest record, as good as it is, doesn't push his own envelope the way he once did. Dylan has made some good songs in the past decade, but musically they lack originality. Though we tend to think of Dylan as more lyricist than composer, when he was young he took us on some amazing musical adventures, from "Like a Rolling Stone" to albums like Nashville Skyline and Planet Waves.

Of all the older artists making music today, Leonard Cohen could be a model for the older creative craftsman. This year's Old Ideas has Cohen looking back at the bigger picture of what life is, boiling it down to its essence and trying to find a simple meaning to humanity. Most songwriters find their reflection limited to the night before or their current or recent flame. So it's refreshing to have a songwriter so seasoned in his craft, writing about his life at 78. We've just not experienced that much in the world of rock or folk or pop. And so the future has great promise. Imagine Sufjan Stevens at 85.

So I wonder, what has age done to your favorite musicians? Have the results been mostly disappointment and disaster? Or have you discovered wisdom that youth couldn't hope to match?