Accessibility links
Why I've Never Liked Fleetwood Mac's 'Rumours' : All Songs Considered When it came out in 1977, the album stood for everything in the music industry that a young Bob Boilen was trying to get away from. Until now, he's never looked back. 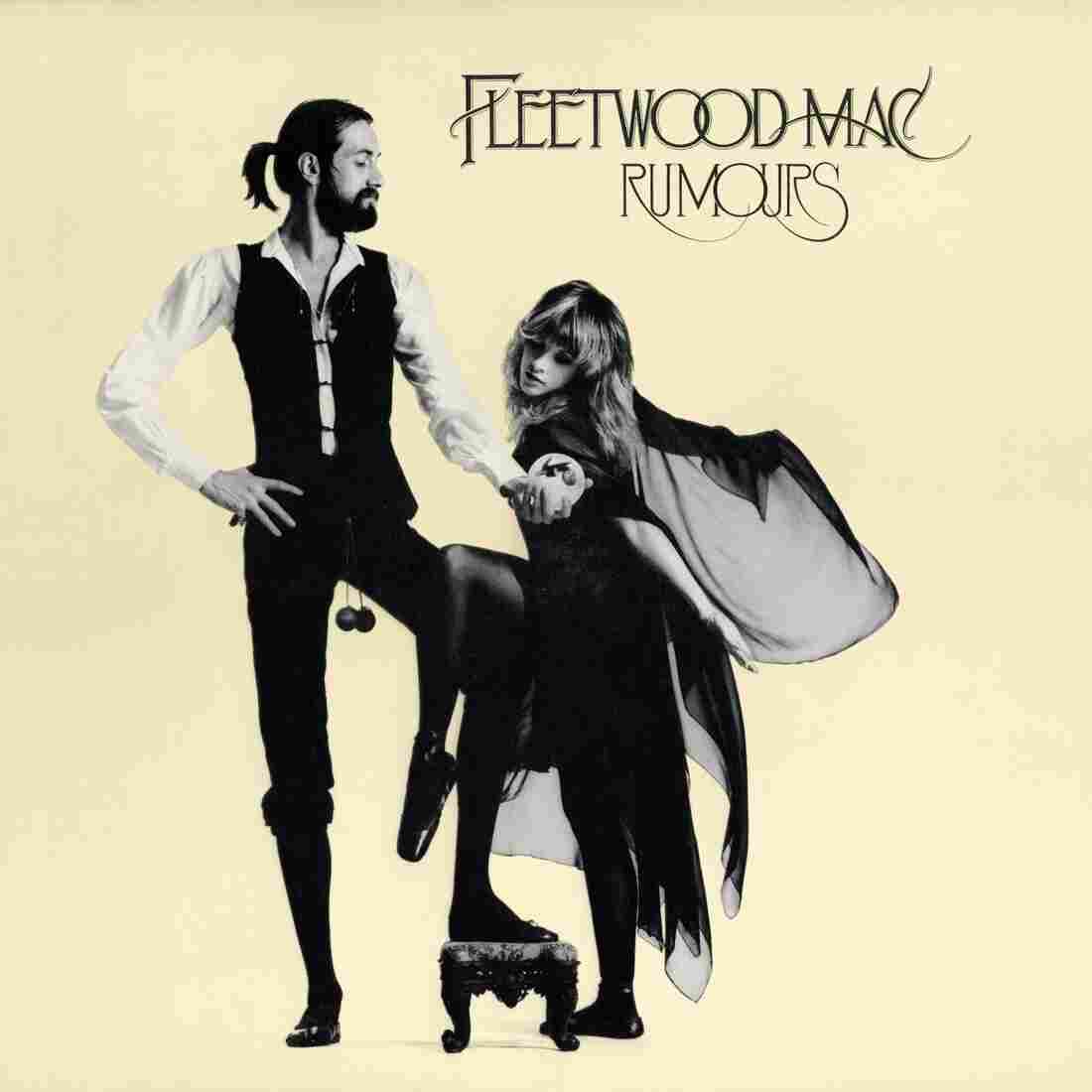 It has happened over and over again in the past few years. Someone in their 20s tells me how much they love Fleetwood Mac, and in particular its monster-selling album Rumours. My reaction is always the same. Their reaction is invariably deep surprise. I could never stand that record.

In 1977, when Fleetwood Mac's 11th studio album came out, I was working in a record store in Rockville, Md. Needless to say, I heard Rumours a lot. I know the songs all too well. In fact, 35 years later I can still tell you the label and number on the spine of the record: Warner BSK 3010. (To keep track of inventory back before bar codes, we'd write down — on paper with an actual pen that went through carbon paper — the label and number of everything we sold.)

But it wasn't the constant in store listening that turned me off to Rumours. To understand my indifference — verging on disdain — toward this record, you have to think about the state of rock music in 1977. Here's what was selling well back then: the Bee Gees, The Eagles, Abba, KC and the Sunshine Band, Wings, Barry Manilow. In this era, of course, Rumours was No. 1 for 31 weeks. It was the ultimate easy listening album, a mere refinement on what felt like an old L.A. rock formula. But for a music geek looking for new adventures in music, what was great about 1977 were the brash fresh faces and sounds coming out of New York and London. Toward the end of 1976, Patti Smith had led the way for me, and then '77 gave us the debut albums by Talking Heads, Television, The Sex Pistols, The Ramones, Richard Hell, Wire, Elvis Costello, The Clash and on and on and on.

Having come from a generation that saw huge changes to the musical landscape (The Beatles released "I Want to Hold Your Hand" in 1964 and "A Day in the Life" just three years later), I always expected music to mine new territory. And in the early '70s — with Pink Floyd and Genesis, Bowie and Eno, even Elton John and Electric Light Orchestra — rock was taking chances. But at some point, it got comfy and really bloated and we wound up with Kansas, The Doobie Brothers and the Captain and Tennille.

So 1977 felt like one generation giving the big finger to the the previous one, and it felt good. Rock was shedding its skin; it was a constant amazing rush of wonder and surprise. Attitudes changed. My musical heroes were more likely to be DIY kids than superstars in supergroups. The shows I went to moved from soulless stadiums and arenas to clubs and found spaces. Small labels with tightly defined sounds were popping up everywhere, another middle finger to the corporate bloat that shaped and controlled the music we heard. We think of the Internet as redefining the music industry, but it had a precursor here.

We're a lot more territorial about music we share and hear in our teens and 20s. Back in 1977, my world had zero room or tolerance for a middle-of-the-road, though pretty, rock band like Fleetwood Mac. The shiny production on Rumours felt planned and orderly, which made it suitable for moms and dads in their 30s and up but not for unsettled 20-year-olds and teens. Which makes me wonder why so many in this generation are latching on to that sound.

This morning, 35 years after its release, I thought I'd give Rumours another chance and wirelessly streamed it to my home stereo. For the most part that perfect shine didn't sound as shiny. The pop charts these days are filled with clinical perfection, beats locked to clocks and sequencers that makes Rumours feel more like a casual home recording. Once I got past some of the goofy lyrics ("Lay me down in tall grass and let me do my stuff" made me laugh out loud), I found it to be a fine record, one whose influence is all over many of the records I hear now. Fleet Foxes really aren't that far from Fleetwood Mac in name or in sound ... a bit darker, perhaps. And where Fleetwood Mac, in 1977, was on the extreme pop side of the musical scale, Fleet Foxes feels somewhere in the middle, given the much more extreme landscape today, with, let's say, Carly Rae Jepsen on one side and, say, Godspeed You! Black Emperor on the extreme side.

It's all relative. In 2013, the lockstep dance beats — the heart of electronic dance music — and the drummers playing to click tracks — the heart of pop — make Rumours feel organic. And look at the cover art, with its wistful and graceful image of the soon-to-be-couple Mick Fleetwood and Stevie Nicks. Back then they seemed like hippies dressed too well. These days it seems like a painting from a long ago past, almost Renaissance.

I understand how art can be seen in such different light, that it's never as simple as just the music, that it's always wrapped up in the cultural zeitgeist. And most important, there's no right or wrong to loving what you love. But it's wise to keep an open mind, and that's easier to do as you get older. That said, I won't be putting Rumours back on the stereo anytime soon. Though there's strong songwriting on the record and the drums and harmonies stand out, there are plenty of bands these days making music equally wonderful and — for me — without the taint of the past.