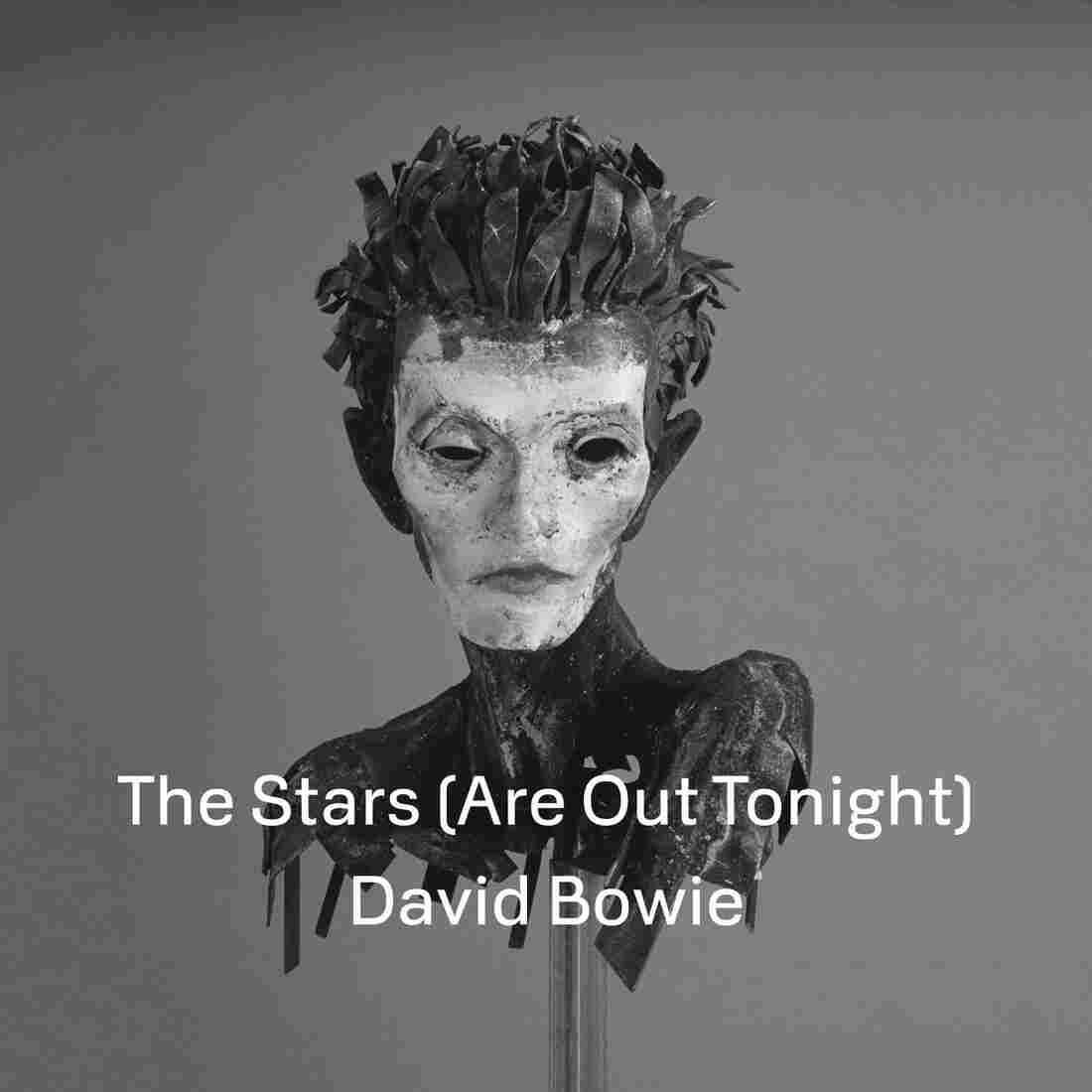 Cover art for David Bowie's single, "The Stars (Are Out Tonight)." Courtesy of the artist hide caption 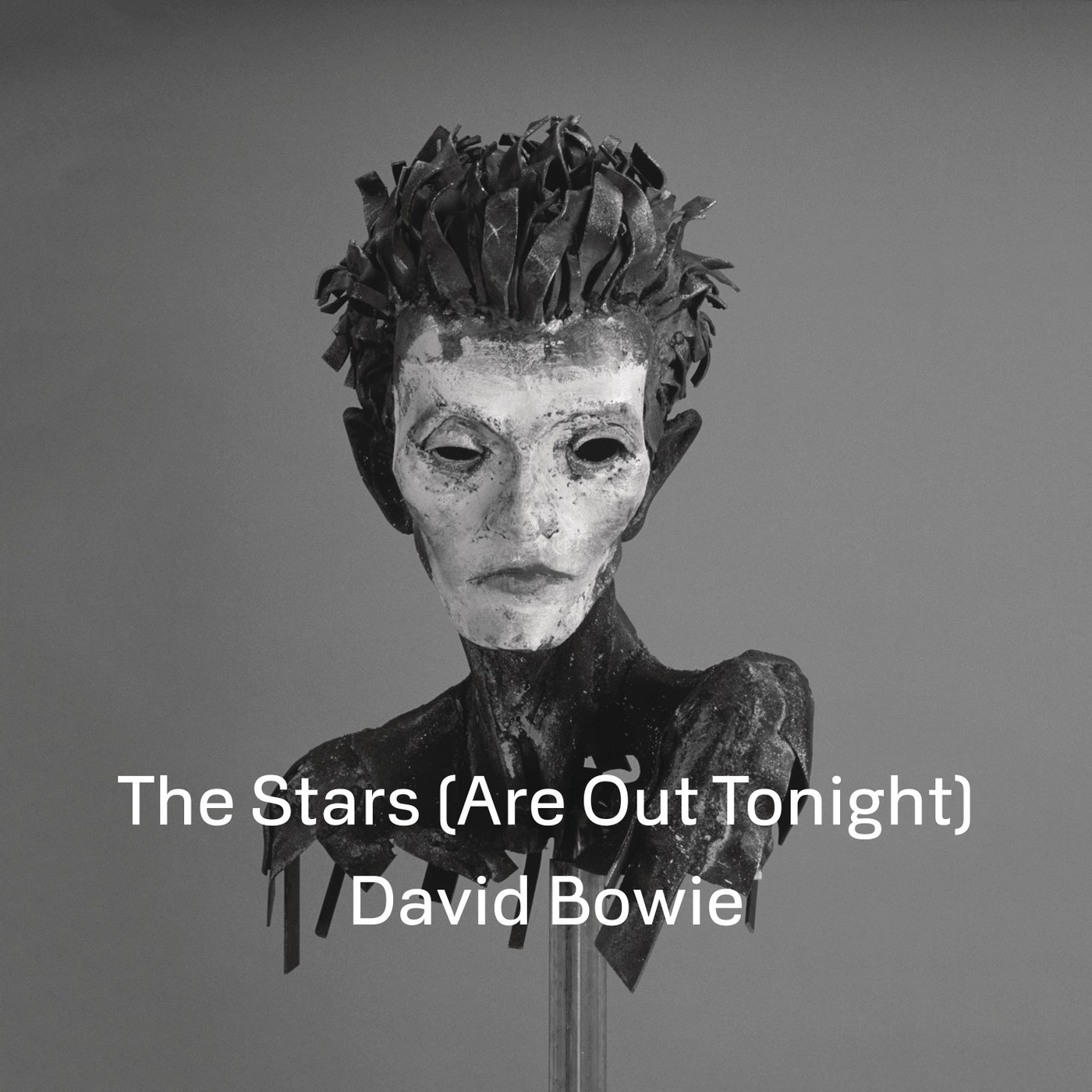 Cover art for David Bowie's single, "The Stars (Are Out Tonight)."

There's another new song from David Bowie and it's called "The Stars (Are Out Tonight)." This is the second Bowie song in the past few months after a dry spell that lasted ten years. You can hear the song and watch the video, which contains some nudity.

Producer Tony Visconti described the new Bowie album, The Next Day, which will be out on March 12, as "quite a rocker." You may recall that the first tune, "Where Are We Now?," which was released on Bowie's 66th birthday, was a ballad. "The Stars (Are Out Tonight) is Bowie once more playing with the word star as an object of fame and something that lives and burns forever. Think "Star," "Starman," "Ziggy Stardust," "Lady Stardust," "The Prettiest Star," "Shining Star (Makin' My Love)," and "New Killer Star" on his last record, Reality, from 2003 (not to mention "Fame"). I trust there are others I'm not thinking about. "Stars are never sleeping," he sings on this new song. "They'll burn you with their radiant smiles, trap you with their beautiful eyes."

Listen To David Bowie's 'Where Are We Now?'

Though we think of Bowie having many sounds, there is still a classic Bowie that pops up so often. A Bowie filled with an uplifting swagger. He's in good voice here, with a good strong guitar band. And now, after hearing two songs out of the 14 on the standard edition of The Next Day, I'm even more excited to hear the new record. (There are four more songs on the deluxe edition and, according to an interview Tony Visconti gave The Telegraph, 29 recorded in total.) Whether "The Stars (Are Out Tonight)" or "Where Are We Now?" will draw in new fans is a bit hard to say.

The album The Next Day will be out first in Germany on March 8th and then in the U.S. on March 12. Tony Visconti, who has been producing David Bowie records since 1969's Space Oddity, told the BBC, Visconti said, "If people are looking for classic Bowie they'll find it on this album. If they're looking for innovative Bowie, new directions, they're going to find that on this album too."

The video for the song features multiple Bowies as well, played by younger actors. The Bowie played by the actual David Bowie looks a bit like Bing Crosby, a handsomely aged man in a cardigan in a happy marriage (actress Tilda Swinton plays his wife). That world gets upended when a celebrity couple physically intrude and abuse their tranquility. The video is directed by photographer, writer and director Floria Sigismondi.

Through the many different personas, from Major Tom to Ziggy Stardust to the Thin White Duke, David Bowie has never sat still. Do you have a favorite Bowie persona? Is there a story behind your preference? Share it with us by emailing nprcrowdsource@npr.org and our friends at Morning Edition may include you in an upcoming story.