Accessibility links
Jeri-Jeri Is Playing At Baaba Maal's House : All Songs Considered A new video set at a backyard party in Dakar highlights a collaboration between the famous Senegalese singer Baaba Maal, a drum ensemble and a German techno producer. 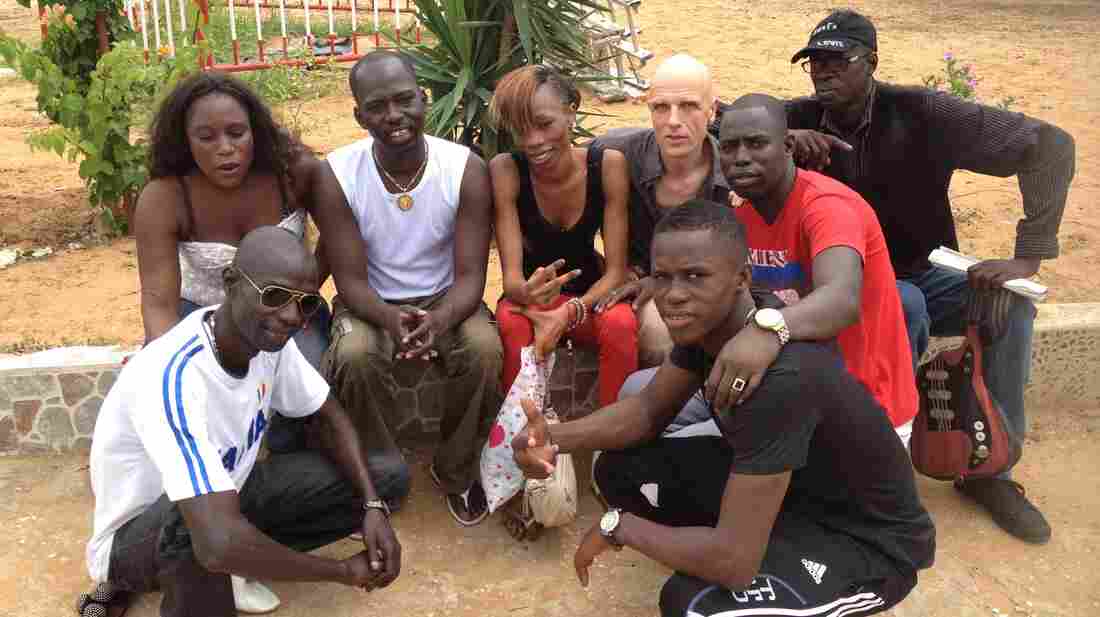 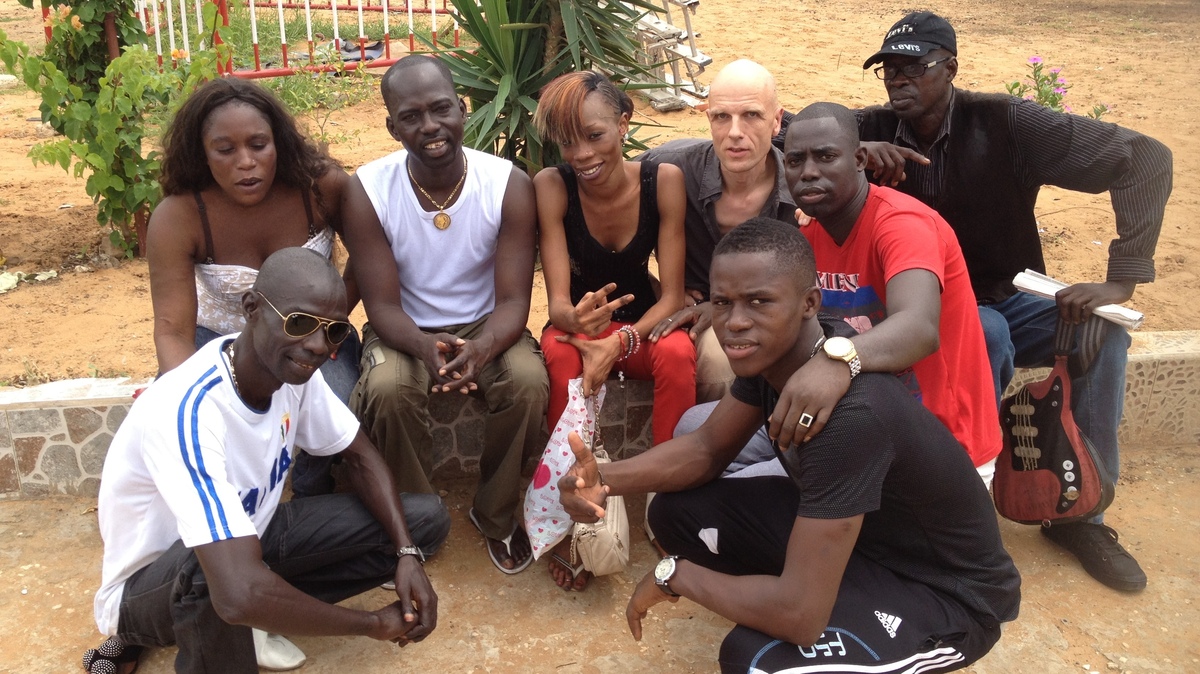 One of my favorite songs last year was a collaboration between a Sengalese drum collective and a German techno producer. The producer, Mark Ernestus traveled to the West African country to work with Jeri-Jeri, a group that plays a popular dance music called mbalax. The result was "Mbeuguel Dafa Nekh," a trance-inducing maelstrom of percussion with soaring vocals, and it ultimately ended up on NPR Music's 100 Favorite Songs of 2012.

I was thrilled to learn earlier this year that Jeri-Jeri and Ernestus didn't stop with one song. There's a full-length mbalax album due out June 11 called 800% Ndagga, as well as a dubbed-out "versions" collection of the same songs.

The first single from the album is "Gawlo," which features famous Senegalese singer Baaba Maal. The accompanying video focuses on Maal's vocals and Jeri-Jeri's dancers, Fatou Mboup and Sidy Diop, and was shot by Ernestus himself in Maal's backyard. There are no images of sabars — the indigenous drum at the core of mbalax — so I asked Ernestus about how he chose to shoot the video:

"With 'no budget' being the only method, you look at the circumstances and come up with something spontaneously. We drove to Baaba Maal's house with our dancers, a basic HD camcorder and a ghetto blaster, then it was all shot outside in the yard, in one or two hours."

I asked Jeri-Jeri leader Bakane Seck if his band's sound has changed at all since he began working with Ernestus:

"This project of course comes from Mbalax and Sabar, but we have something new, a lot of changes and ideas come from Mark. In the beginning he just came to Dakar every few months to find the way how to go about this project. Then in addition to Jeri-Jeri, which is my family — a very big family of sabar drummers — many big musicians are playing in these recordings, but everybody was happy to work with Mark because he is bringing something very new that nobody has done here."