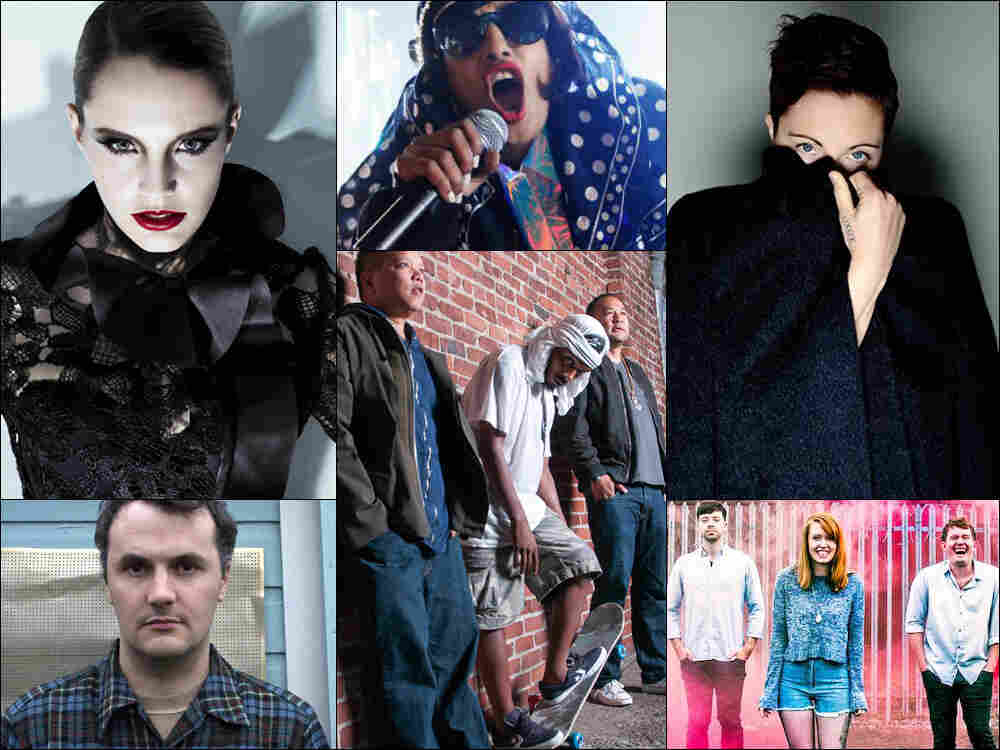 On this week's show, we've got a massive amount of new music from an incredible list of fall releases, including special premieres from Poliça, Son Lux, Mount Eerie, Anna Calvi, Luscious Jackson and more.

NPR Music's Stephen Thompson and Ann Powers from NPR Music's The Record join hosts Bob Boilen and Robin Hilton to talk about these and more, with a bonus debate about synth pop versus guitar rock. 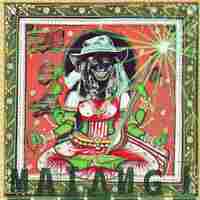 M.I.A. threatened to leak this new song herself, then kept her promise by posting it online earlier this month. It's from her upcoming album, Mantagi, due out Nov. 5. 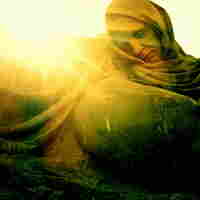 "Shame" is an all-out military assault from the two-piece sludge-metal band Jucifer. It's from the duo's upcoming concept album, There Is No Land Beyond The Volga, inspired by a trip the band took to Russia a few years ago. 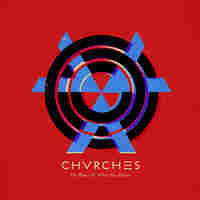 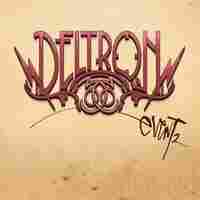 Much like Luscious Jackson on today's show, Deltron 3030 is releasing an album after an extended hiatus. The hip-hop supergroup, comprised of Dan the Automator, Del the Funky Homosapien and DJ Kid Koala, return with Event II. It's the trio's first release since their 2000 self-titled debut, and features cameos from Damon Albarn, Rage Against the Machine's Zach De La Rocha, actors Joseph Gordon-Leavitt and David Cross, and... celebrity chef David Chang? Somehow it works. "The Return" picks up right where the band left off: in the future. 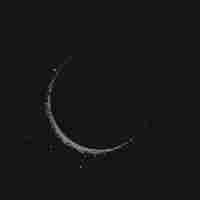 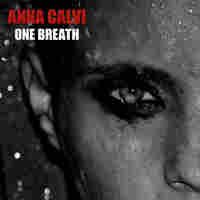 Anna Calvi is a multi-instrumentalist and singer from the U.K who released her debut in 2011. One Breath, which includes the cinematic, atmospheric song "Suddenly," is her follow-up. If the vocals don't give you goosebumps, check your pulse. 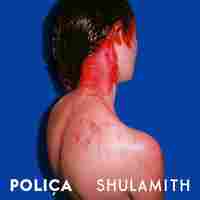 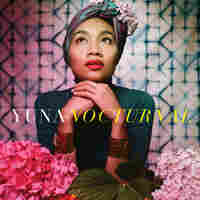 Thanks to the success of her self-titled debut, Malaysian singer Yuna has worked with producer Pharrell Williams and Chad Hugo (The Neptunes). Her profoundly honest and personal lyrics have been compared to Bon Iver. "Someone Who Can" is a song Ann Powers calls "breezy, but feisty" and comes from Yuna's second album, Nocturnal.

With his new album, Pre-Human Ideas, Phil Elverum of Mount Eerie is going out on a limb by revamping his own songs in a new genre. Just four years ago on the album Wind's Poem, Elverum was writing enormous metal. But with his new record, Elverum is re-envisioning his songs with AutoTune and drum machines, calling them works in progress that continue to evolve. 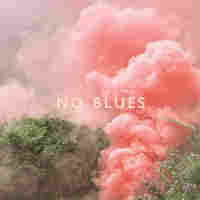 no blues courtesy of the artist hide caption

Stephen Thompson calls the Welsh band Los Campesinos!'s sound "lyric sheets set to music." The song "What Death Leaves Behind," from the band's upcoming No Blues, is full of smart, dark insights among what Thompson calls the "big knotty bundles of words that spill out in every direction."

What Death Leaves Behind 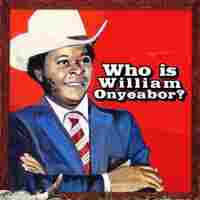 William Onyeabor is a funk musician from Nigeria who channels Fela Kuti. He self-released eight albums between 1978 and 1985, and his work is about to be celebrated via a new collection from Luaka Bop. 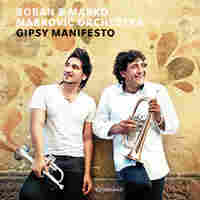 Big brass sound? Absolutely. A manic beat that will get you going? Got that covered. The ska-flavored track "Turbo Dizel" from the father-and-son trumpet players Boban and Marko Markovic, a pair of Rom musicians from Serbia, prove that Balkan music is so much more than dusty folk dance costumes. This is fresh, fun, and party-ready. Their new album, Gipsy Manifesto, is out Oct. 29 on Piranha. --Anastasia Tsioulcas 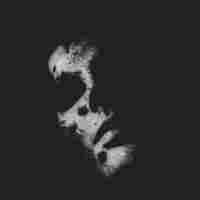 Sister is the third album by this Swedish metal band, who hold Mercyful Fate, Iron Maiden and the dark Lord in unholy esteem. Desperate and theatrical, In Solitude steps out of its shadows for a richer, more melodic album that's somehow more ominous. --Lars Gotrich 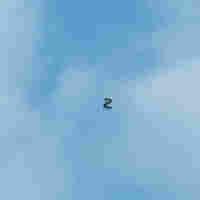 A dreamy slice of deep house from Berlin-based artists Henrik Jonsson and Joel Alter, topped with an ethereal melody from vocalist Kazumi. The track is set up on a warm bed of sustained chords and soft smacks of percussion, which hang between the pulse of the bass kick and high-pitched synthesizer pings. Perfect for sunrise listening, if you happen to be up at dawn. --Sami Yenigun 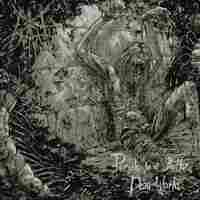 This is the kind of razorback black metal that cuts through the spine, sputtering violence and drama out of the spazziest late-'90s screamo bands, while proving again that no genre is safe. --Lars Gotrich 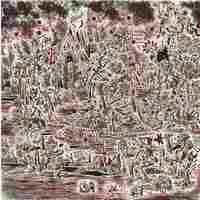 The catchiest song on an immersive album, "Morning Star" is hard to pin down, just like its creator. Enigmatic songwriter Cass McCombs has always held his audience at arms length, never seeming too concerned about anything but the internal logic of his beguiling compositions. His upcoming Big Wheel And Others (out Oct. 15) is the masterpiece that his cult of fans have been swearing he'd make one of these days. --Otis Hart 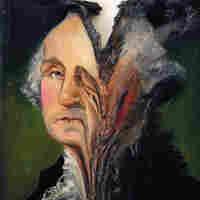 When Kevin Devine wanted to release two albums in one day – his seventh solo record, and the first with his group The Goddamn Band – he took to Kickstarter to crowdsource $50,000. In less than 12 hours, the Brooklyn-based singer-songwriter raised the full amount. Bubblegum is Devine's first studio release with The Goddamn Band, and is rife with socially-conscious, endearing, honest lyrics. - Alex Schelldorf 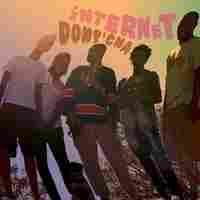 The subgroup born from the Odd Future collective is quietly creeping back onto the scene with their second LP, Feel Good, which teems with new-age funk. The duo's lead single, "Dontcha," exhibits all of The Internet's entrancing qualities: quiet confidence, longing soul and a touch of youthful lust. - Kiana Fitzgerald 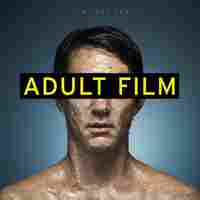 Tim Kasher, the frontman for aggressive indie-rock band Cursive, has mastered the art of turbulent, self-deprecating rock. "Truly Freaking Out," the first single from his upcoming Adult Film, is ridden with anxiety about mortality and more than a few synth riffs. --Alex Schelldorf 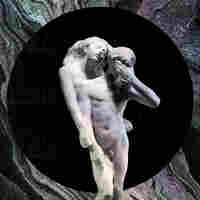 This is the opening cut and first single to Arcade Fire's Reflektor, due out Oct. 28. The band began teasing the album back in Aug. by posting cryptic logos around major cities, finally releasing the title cut on Sept. 9. 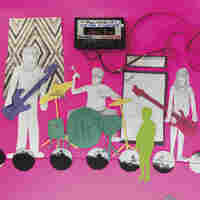 The sprawling punk band Magik Markers has long drawn comparisons to early Sonic Youth, and the trio's upcoming Surrender To The Fantasy does not disappoint in that respect. "Bonfire" is the album's first single and finds guitarist Elisa Ambrogio, drummer Pete Nolan and new bassist John Shaw at their most explosive. --Otis Hart