The Five Best Things About This Year's Mountain Oasis Festival

The Five Best Things About This Year's Mountain Oasis Festival 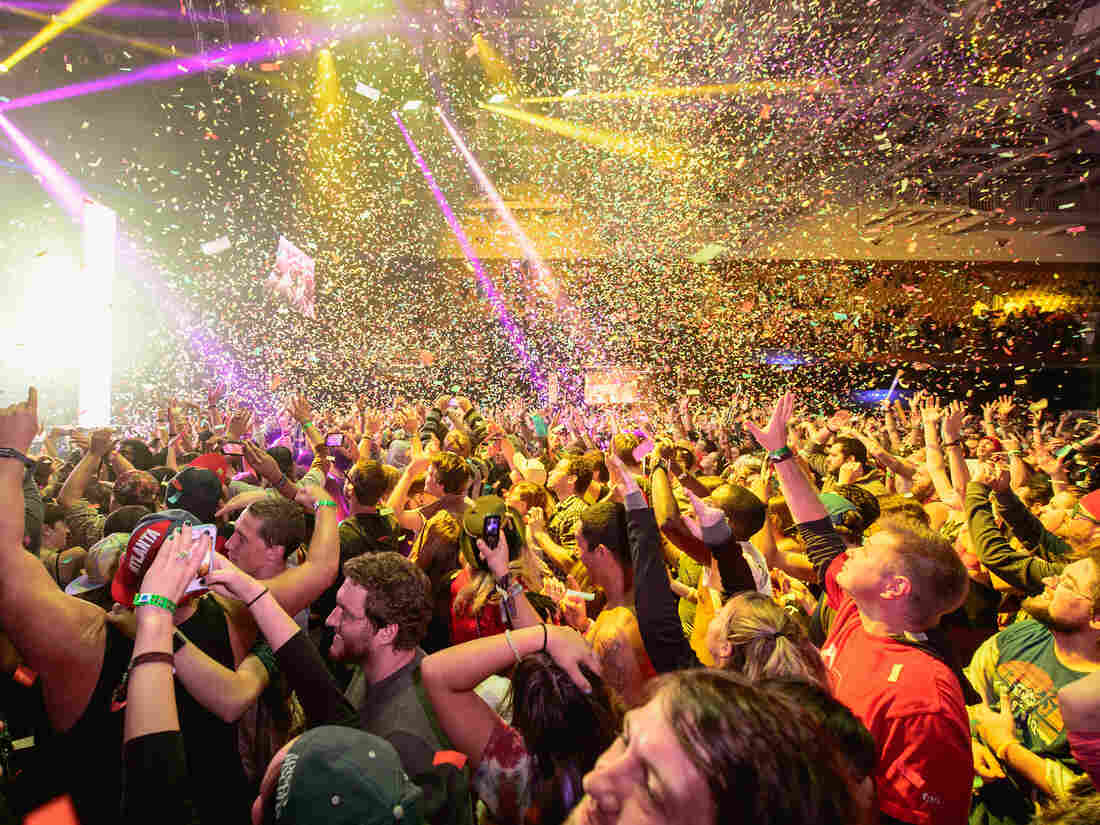 A crush of fans dance together at a Bassnectar performance, from the 2013 Mountain Oasis festival. Adam Kissick/NPR Music hide caption

Late last month I witnessed the most creative music festival I know, and I'm back with some astonishing new music discoveries. The first annual Mountain Oasis festival took place in a number of venues in Asheville, N.C. the weekend before Halloween. Asheville's a city that, much like Austin, Texas or Portland, Ore., lives up to that often-used slogan "Keep (insert city name here) Weird." As music pours into the streets, you'll see people dressed up as gnomes in illuminated hats, traveling in packs along with jellyfish, various monsters or even giant butterflies. All of it keeps the spirit of the festival light, even if the music can get deep, dark and sometimes puzzling. 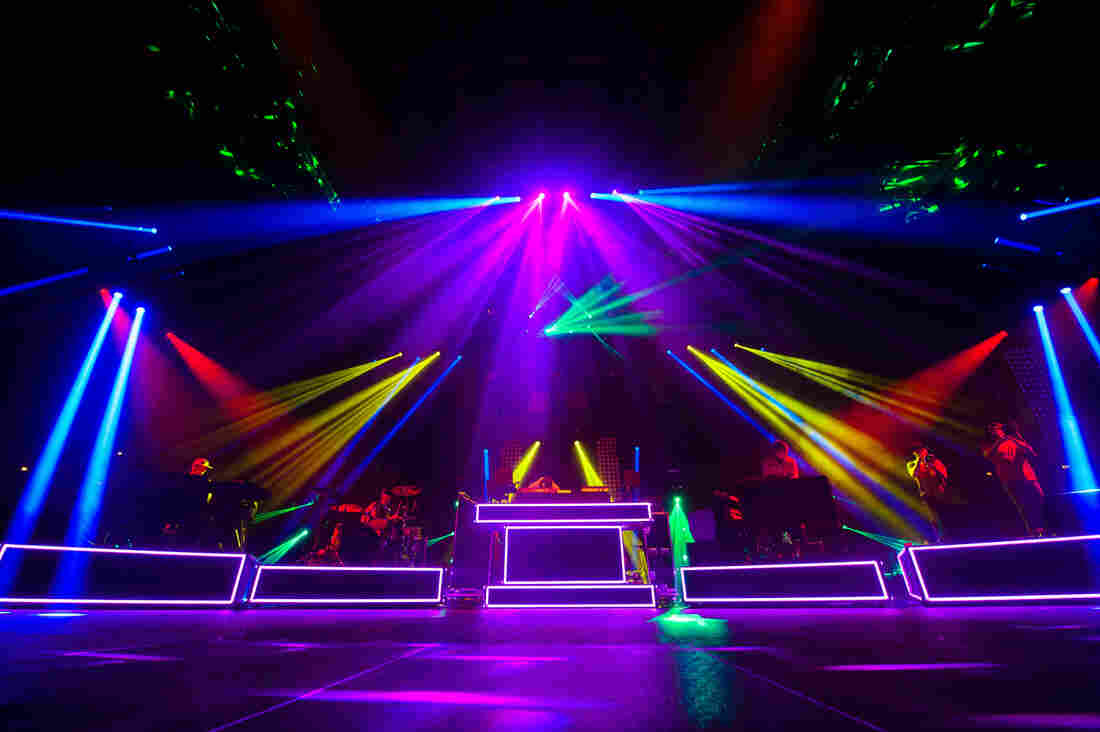 This was the first year for Mountain Oasis as a festival. Organizers used to put together this very same festival in previous years and called it Moogfest. Now Moog is putting on its own festival sometime next spring.

Because of its previous incarnations, a lot of people thought Mountain Oasis would be solely an electronic music festival, and electronics certainly run through the veins of this festival. But at its heart is a wealth of creativity, from both big bands (such as Nine Inch Nails), or less-known artists (such as Jherek Bischoff, an adventurous, fun arranger with strings). This festival is more about artists exploring and pushing their boundaries.

But of all the amazing music I saw at what's officially called the Mountain Oasis Electronic Music Summit, five things stood out:

Raime - Who or what is Raime? (It's pronounced RAY-me). I hadn't a clue. But the duo of Joe Andrews and Tom Halstead from London made bone-shaking ambient beauty and played it to slow-motion, black-and-white films. Unlike the bass thumps that vibrate our follicles at EDM concerts, this was more of a bass massage, but not ethereal in the way Brian Eno does ambience. It was also more therapeutic. This stuff is tangible and visceral.

Darkside – This is a duo featuring Nicolas Jaar and Dave Harrington, with electronics and guitar. This music seemingly takes inspiration from early '70s Pink Floyd. Think "One of These Days" from Meddle. There are refreshingly undistorted staccato guitar lines and just incredible walls of sound that build a sonic storyline. This was also one of the few electronic music shows that didn't incorporate visuals. But honestly there was so much going on sound-wise, I was happy to not be distracted.

Neutral Milk Hotel – This performance unfolded in what was by far the most love-filled room of the festival. Thousands of long-time fans experienced a dream they never imagined would come true. Until recently, the band of Jeff Mangum, Scott Spillane, Julian Koster and Jeremy Barnes hadn't performed live together in many years. And their sound holds up magnificently. It's a swarm of chaos and a joyful bliss at the same time.

Zola Jesus and JG Thirlwell - Niki Roza Danilova has a mighty voice and when it's backed by some pretty wonderful string arrangements, that voice gets even bigger. Her performance, with music from JG Thirlwell (also known as the Australian musician/producer Foetus) was a gut-punch of emotion, with songs such as "Fall Back" leading the charge. For me electronics and strings, when done right, are the perfect one-two punch. For this evening at Mountain Oasis, in a great-sounding room, all was right. A bit sad, but right.

Sparks - I was so thrilled to see Sparks on the bill. A long-time favorite of mine, I'd actually never seen brothers Ron and Russell Mael before. They are campy, funny and quirky. They've put out more than 20 albums in the last 40 years. The first one won me over back in 1971. Sparks, along with David Bowie and Roxy Music, were my go-to bands back in the early '70s. Sparks came to Mountain Oasis, and are touring this time around, simply as a duo. Ron looked much like a grumpy, stuffy, mustached accountant on keyboard, and Russell a hyperactive child in black shorts and tights. The set was spare, leaving room for Russell and his operatic-styled voice and exuberant persona to always be center stage. The Mael's are in their 60s, but they're incredibly youthful and playful. Any young band could learn a lot about how to take hold of an audience and lead them on an adventure.

You can view a ton of amazing photos from Mountain Oasis on our Flickr site. You can also hear full concerts, recorded at the festival, from Gary Numan, Tourist., Disclosure, and Jherek Bischoff.