Accessibility links
Is It Time We Stop Using Genres? : All Songs Considered Every year, it seems to get harder to classify the music we hear. With more and more cross-pollination of genres, maybe it's time to stop labeling music altogether. 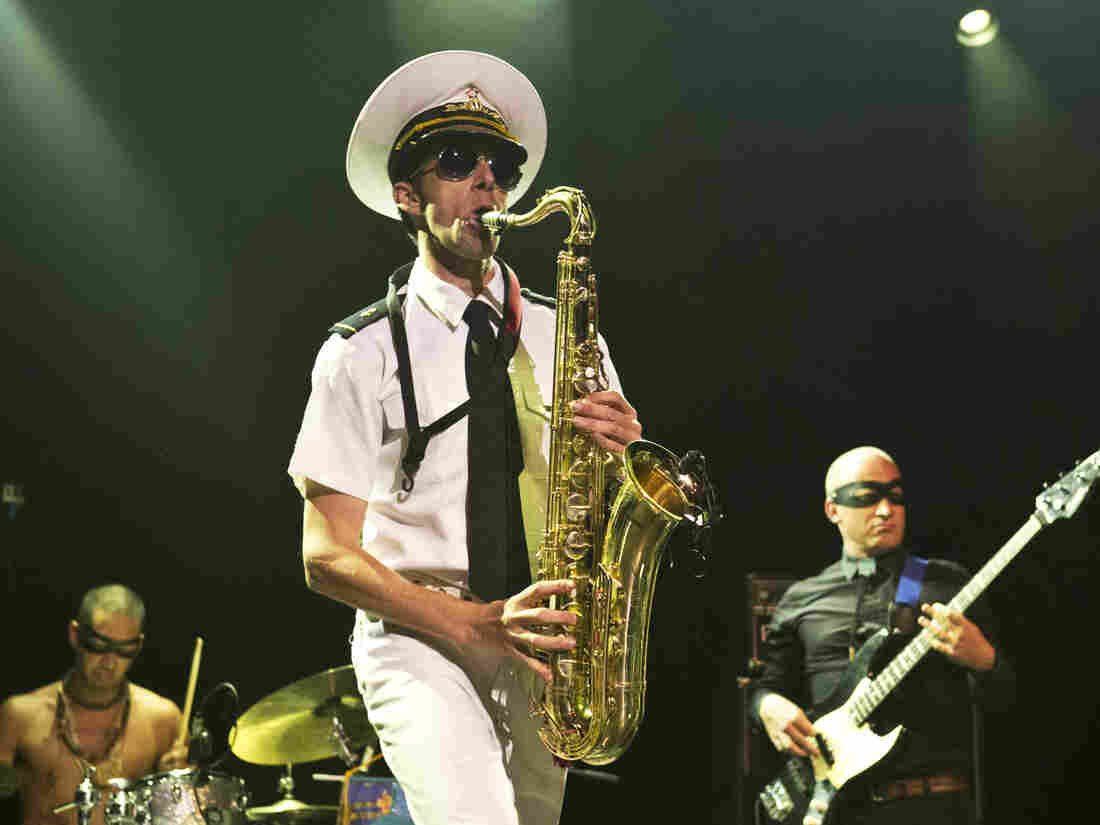 I've just spent the weekend at Winter Jazzfest and GlobalFEST in New York City. These are two of the biggest annual festivals of their kind, featuring several thrilling, packed days of music, with live performances that run late into the night.

As you might expect, given the names of these festivals, I saw a lot of music that likely fits nicely into what you imagine jazz and world music to be. But I also heard a lot of music that would (and should) take the stage at your favorite nightclub.

Music genres can be helpful as a jumping-off point in conversation. But to me, they're really a curse. I saw a band called Blue Cranes at the jazz festival, featuring an alto sax, a tenor sax, keyboard, bass and drums. I loved it. It was fiery and inspired. Now, if I told you it was a jazz band, you might just glaze over. But if you saw Blue Cranes opening at the 9:30 Club without that genre thing hanging over the band's head, there's a good chance you'd love it.

I saw the Malian band Tinariwen years ago at an auditorium known for presenting world music. The crowd was pleasant enough and appreciative enough, and likely filled with dedicated "world" music fans. I also saw the band at Bonnaroo back in 2010 (it was amazing), and I'm convinced most of the people in the audience would never have gone to that auditorium to see a world-music show. But at the core of Tinariwen is music aligned with youth and rebellion, so it makes sense that a Bonnaroo crowd would love it. Again, it's just the curse of genre labels.

Maybe it's time to let go of the whole notion of genres. So much of the stuff I love, and the stuff we feature on All Songs Considered, is nearly impossible to classify anyway.