Accessibility links
Leave 'We Built This City' Alone! : All Songs Considered It's largely accepted as truth that Starship's 1985 song "We Built This City" is the worst atrocity in all of music, in all of time. But we can do better — or worse, depending on how you look at it.

The Good Listener: Leave 'We Built This City' Alone!

The Good Listener: Leave 'We Built This City' Alone!

We get a lot of mail at NPR Music, and amid the glittering tiara we intend to give out at our Super Bowl party is a slew of smart questions about how music fits into our lives — and, this week, thoughts on how and why we hate our least favorite songs.

Alex writes via email: "OK, Mr. Good Listener, have at it: What's the worst song of all time? It's 'We Built This City,' right?" 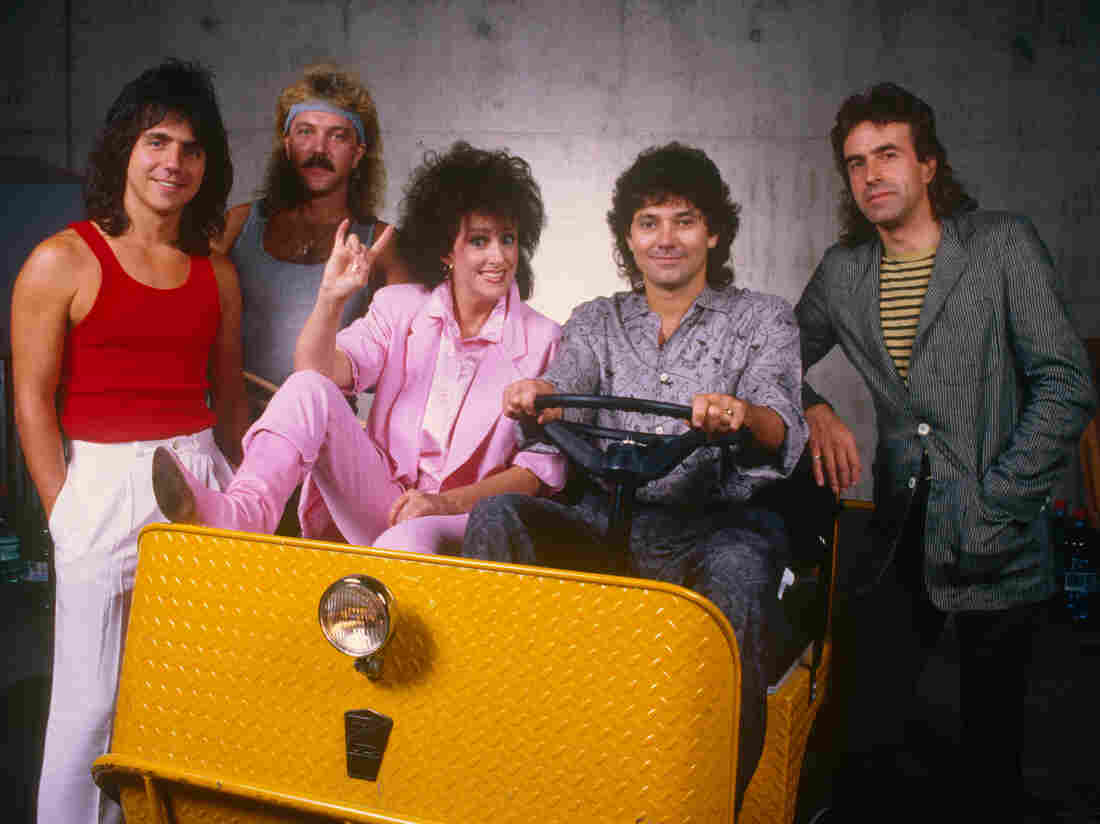 Everyone piles on Starship's "We Built This City," at least in part, because it's too feeble to fight back. George Rose/Getty Images hide caption 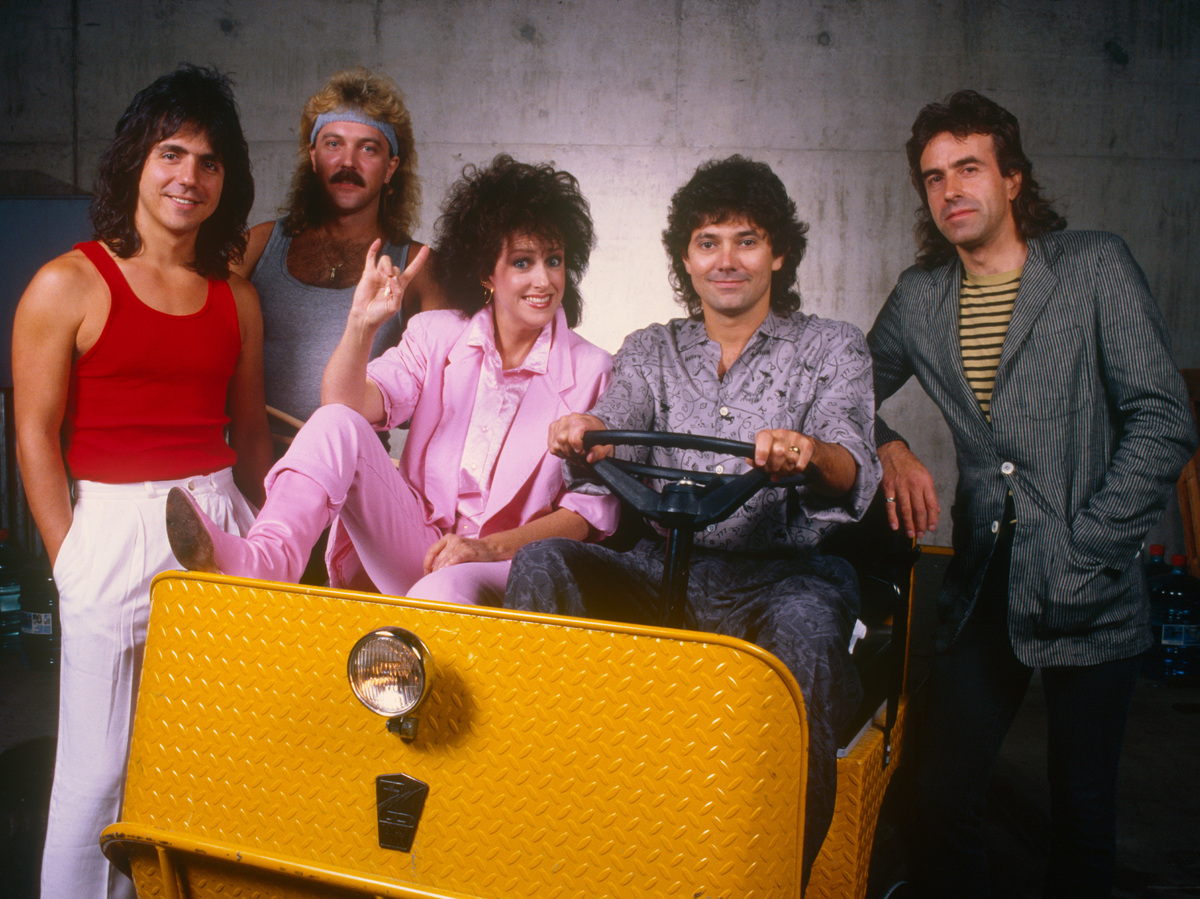 Everyone piles on Starship's "We Built This City," at least in part, because it's too feeble to fight back.

Somewhere along the way — I first saw this pop up in earnest about a decade ago, in magazines like Blender — we decided as a society that Starship's 1985 chart-topper "We Built This City" is the worst song of all time. As if it had been etched into stone tablets, immortalized in cave drawings and handed down from generation to generation as incontrovertible truth, we've slept soundly with the knowledge that "We Built This City" is not only an atrocity, but the worst atrocity in all of music, in all of time.

To that, I reply: We can do better! Or worse, depending on how you want to look at it.

Yes, "We Built This City" is an irksome earworm, as well as a self-aggrandizing anthem by a shell of a shell of a once-great band. Jefferson Airplane was a vital countercultural force, and then it spun off into Jefferson Starship and was nowhere near as good, and by 1985 it was horrible, horrible Starship, and hearing Grace Slick surrounded by tacky keyboards singing that cloying chorus is the worst-ever abomination in all of blah dee blah.

I'm not here to defend "We Built This City," though I hardly think it's the worst song of all time. Instead, I'm here to urge every music fan to dig deeper and interrogate his or her own definition of what makes a song terrible. I feel like we pile on "We Built This City" because it's too feeble to fight back; because we as a community of music-lovers accept that it's the worst song ever the way we accept that Pet Sounds or Sgt. Pepper or A Love Supreme or Blue or Blood on the Tracks is the best album ever. That is to say, we accept these opinions as truth because they've been accepted that way before most of us even got here.

I do think the aforementioned best-albums-of-all-time rank among the best albums of all time, just as I think "We Built This City" is kind of a lousy song — albeit too over-the-top silly to truly despise at this point. But I encourage people to interrogate their musical tastes and biases and feelings a little bit more aggressively. It's easy to say, "The best album of all time is [an indisputably classic record]." But what's your favorite album? What records do you love in your bones? What records do you turn to when you need to feel better, to feel centered, to feel human, to feel alive? Those aren't decided by consensus; they're personal and often based on who, what and where we were when we heard them.

The same process is useful when we analyze what each of us views as the worst music of all time. If everyone says, "Duh, 'We Built This City' is the most appalling song ever," then the discussion is over, and we've stopped exploring what makes music obnoxious or offensive or unoriginal or otherwise bothersome to us. We haven't just short-circuited a fun debate at parties; we've also skipped out on an important discussion of what makes us recoil and why.

If you start breaking down what you truly hate in music — for me, it's often the quality of being grating and ugly and shrill, of being indulgent and pleased with itself and overlong, of making the listener feel indicted by the simple act of listening — then you can come around to ideas of why you love the music you love. Think about what repels you, and you can start to paint a picture of why something gives you joy.

Incidentally, my own "worst song of all time" is by Meat Loaf, and I can't even decide which song it should be. "I Would Do Anything for Love (But I Won't Do That)" is almost too stupid and irksome to acknowledge, while "Cry Over Me" is so bellowy and repetitive that I once walked out of a supermarket in the middle of a solo shopping trip and waited in the parking lot until it was over. But I think my pick has to be "Paradise by the Dashboard Light," which feels so self-infatuated and loud and smirky and endless, it hurts just to think about it. (The fact that many people love that song — cherish it, even — only adds to its power to drive me away. Besides, why pile on a song everyone already hates?)

I can think of worse songs than "Paradise by the Dashboard Light," I suppose, though I defy you to name a terrible song that's longer. But, barring that, go ahead and have at it in the comments: worst song of all time and why. Dig deep, people! And give Starship a break, won't you?