Accessibility links
Bob Boilen's Favorite Music Of The Week : All Songs Considered The songs, videos and musical moments that stopped the All Songs host in his tracks this week.

Every week I hear something amazing, see something inspiring and want to pass it on. These events are sometimes fleeting, sometimes iconic, but they stop me in my tracks. Bob's Rainbows will be the place where I'll highlight the very best of my weekly music intake. You might see some of it pop up on my Twitter account (@allsongs) or our Facebook page in real time, but this will be a permanent home for the amazing rainbows in my life.

This is the first installment of Bob's Rainbows. Let's see where it takes us.

CONCERT OF THE WEEK

It's wonderful to be overcome and overwhelmed by a great performance, but I also love the moments when a musician is overwhelmed by the crowd. That happened to Jordan Lee at the Black Cat's Backstage the other night. At the sold-out show, he played what he told us was his very first encore ever. Lee's music is not immediately powerful — it skulks slowly into my skull with a delicate lilt. Here's a good taste of what his music sounds like, sweet and humble.

"I Miss Your Bones" by Hospitality

This one phrase — the title line of the first single from Hospitality's new album — was swimming in my head when I first heard it back in the fall. But it came back to me in a big way after I saw the band live this past week, and for an entire weekend, whether I was listening to the music or just letting it loop through my brain, that title phrase was my glorious earworm. Let it be yours too. I trust there's someone in your life that you miss right down to the bone. 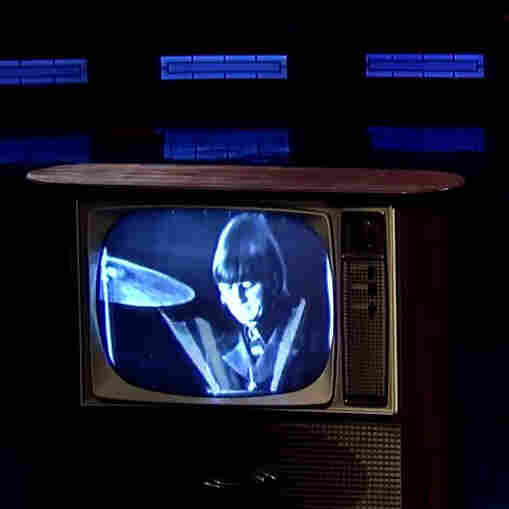 James Mercer of Broken Bells performs The Beatles' "And I Love Her" with backing from a looped video of Ringo Starr on The Late Show With David Letterman. YouTube hide caption 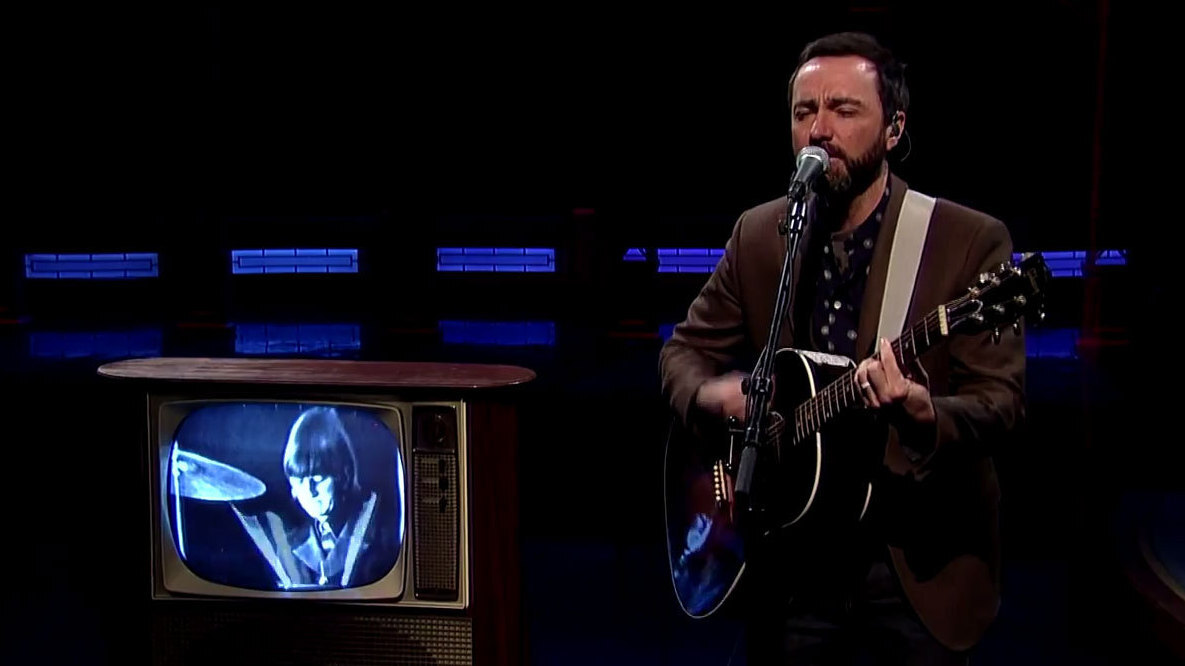 James Mercer of Broken Bells performs The Beatles' "And I Love Her" with backing from a looped video of Ringo Starr on The Late Show With David Letterman.

Hospitality, 'I Miss Your Bones'

03I Miss Your Bones

Broken Bells on The Late Show With David Letterman

It was a "How the hell did they pull that off?" moment when Robin Hilton sent me this video of Broken Bells playing The Beatles' song, "And I Love Her" on Letterman. Danger Mouse (who has some experience chopping up the music of The Beatles) played keys and James Mercer (The Shins) sang, with a little help from their friends — they'd actually looped Ringo Starr's beats from The Beatles' "I Am The Walrus" video. What's truly amazing is that they transposed "And I Love Her" to the key of E minor, so when the strings from "I Am The Walrus" chime in (you can hear it for the first time at 0:55 in the video), it fits perfectly into their performance of a very different Beatles tune. It's a feat of perfect timing that made me smile, a wonderful way to celebrate The Beatles coming to America 50 years ago this week. And to top it off, it was all performed in the Ed Sullivan Theater. Bravo Broken Bells!

Broken Bells Perform With The Beatles

On February 11, 1964, The Beatles played their first U.S. concert at the Washington Coliseum. All these years later I can look out a window at NPR and see the place where they played, now a rundown old building slated for redevelopment. Watching this video you can see how concerts have changed. The stage setting was hardly worthy of any modern high school play. The band played in the round and in fact helped turn the rinky-dink revolving stage during the set. The screaming was louder than the small PA system and the small guitar amps they used.

Though they had already played on The Ed Sullivan Show (exactly 50 years ago this week), it was fitting for The Beatles to play their first real American show in Washington, D.C., not because it was the nation's capital but because it was a D.C. DJ, Carroll James, who first played The Beatles in America. He was prompted by a 15-year-old Marsha Albert, from the Washington suburb of Silver Spring. She wrote James to ask him why he wasn't playing The Beatles. James procured a copy of "I Want To Hold Your Hand" from a British Airways flight attendant and invited Marsha on his show to introduce the song on WWDC-AM with the words, "Ladies and Gentlemen, for the first time on the air in the United States, here are The Beatles singing 'I Want to Hold Your Hand." And though Capitol Records initially reacted by threatening a cease and desist order, they simply wound up issuing the song a few weeks earlier than planned. From that date in December 1963, the floodgates opened.

This is the set list from the Washington Coliseum:

The Beatles play their first U.S. concert in Washington, D.C.