Accessibility links
Name That Drum Fill: Revenge Of Drum Fill : All Songs Considered You cannot stop the wrath of drum fill. You can only contain it. Match the fill to the song in our weekly puzzler to ... save humanity? 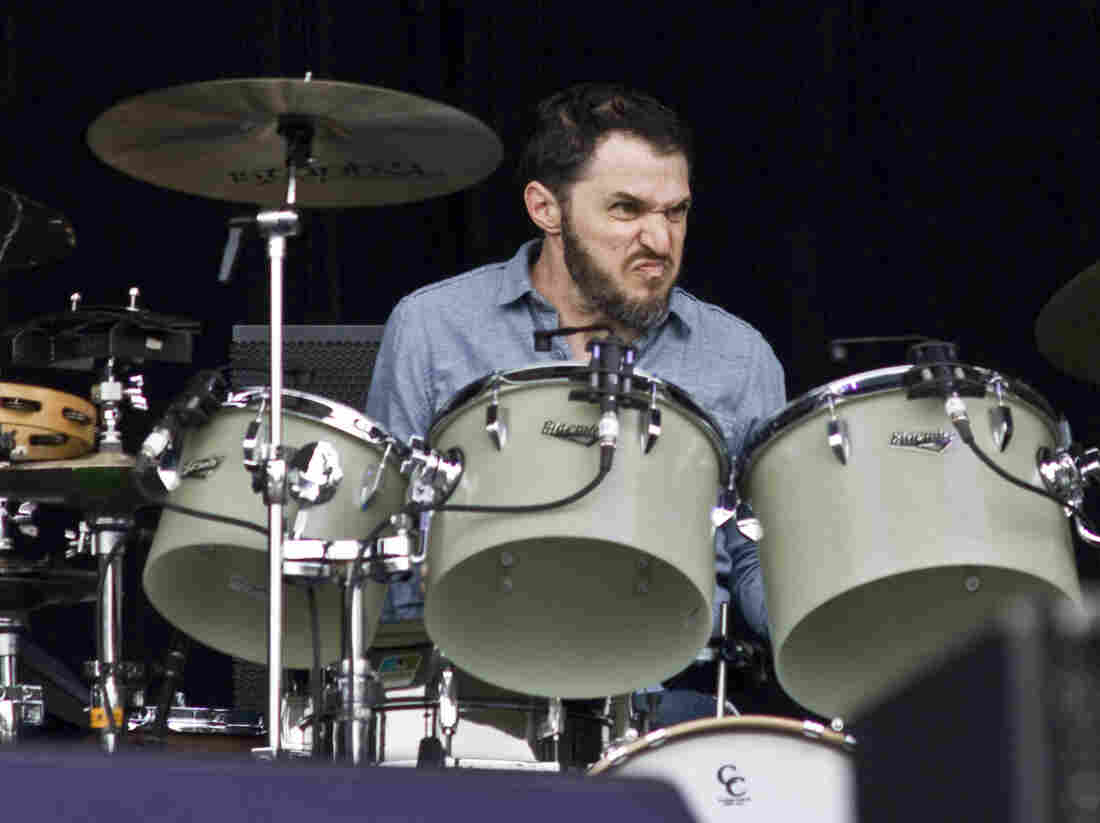 This week's batch of drum fills comes from a mix of classic rock and pop, and more recent cuts. As always, I was drawn to them simply because I love the songs themselves and was captivated at some point by the percussion. Pro tip: If you don't recognize a fill, try matching the timbre of it — the power behind it, the sound of the recording, etc. — to one of the album covers pictured (or to the period the album was recorded in).

We loved the feedback from last week's Drum Fill Friday. If you have a drummer or fill you'd like to see featured in the puzzler, let us know in the comments section or via Twitter @allsongs.