Accessibility links
Bob Boilen's Musical Discoveries Of The Week : All Songs Considered The albums, videos and musical moments that stopped the All Songs Considered host in his tracks this week. This week: the future of concert visuals and the last song you'll ever hear. 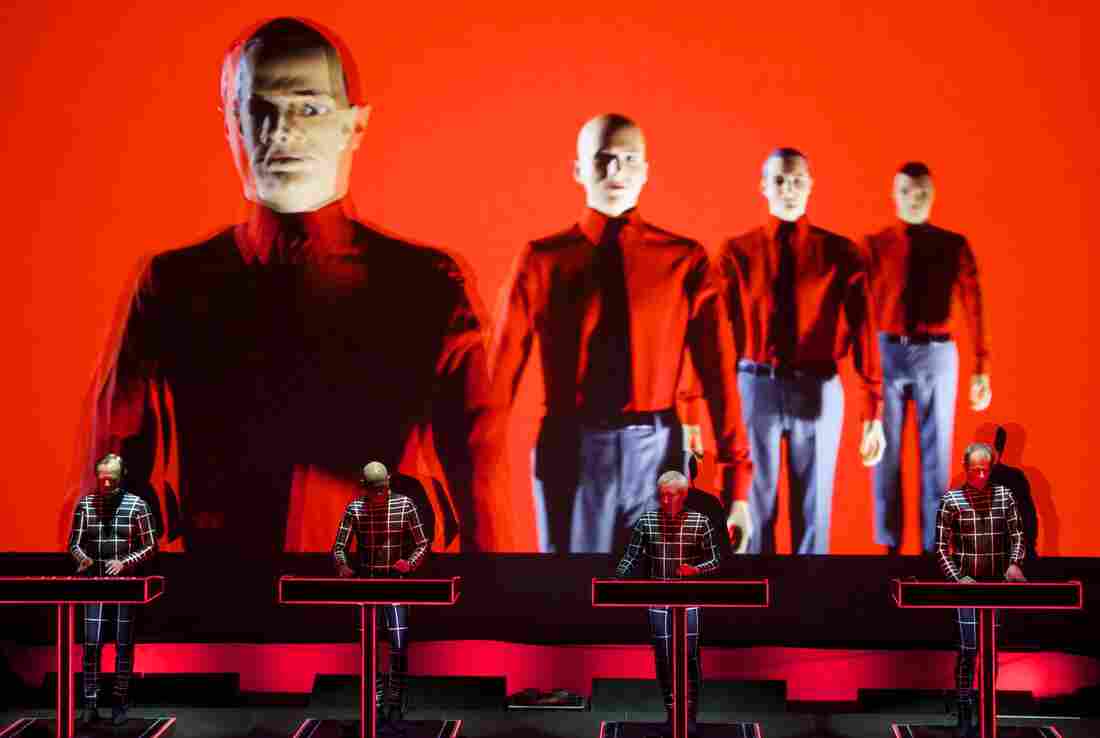 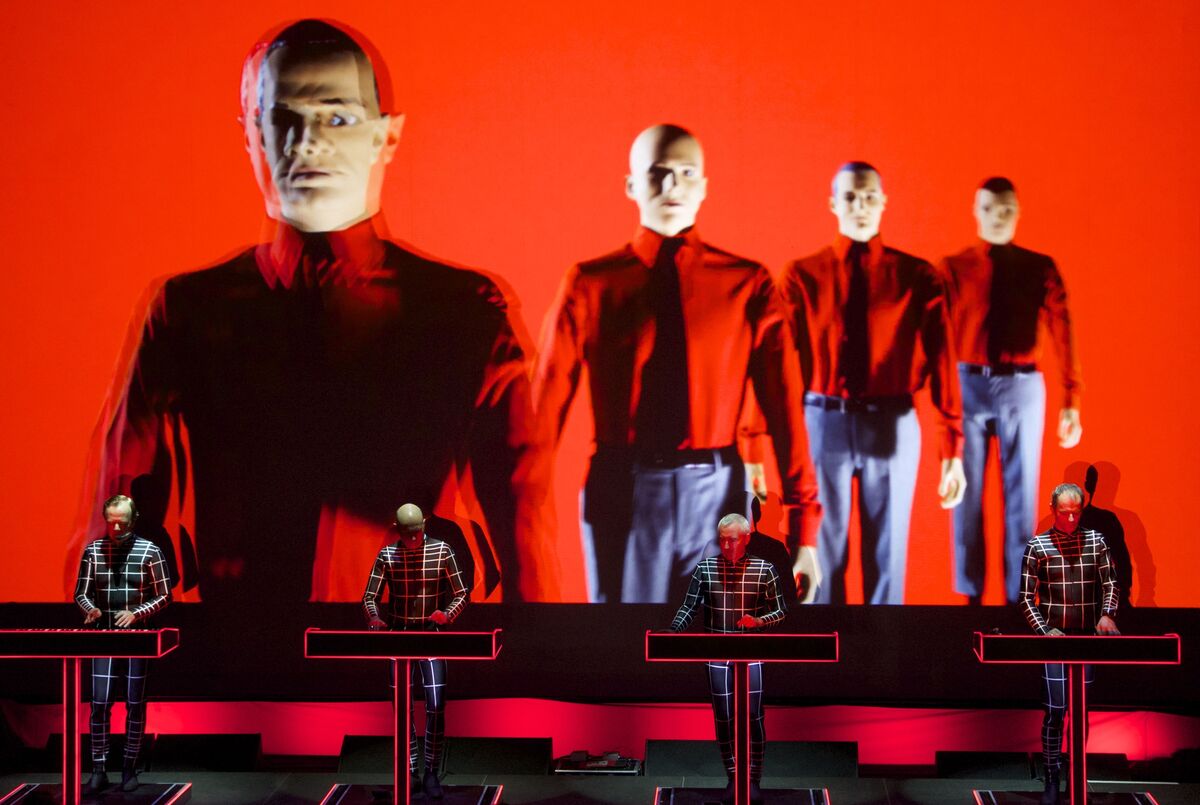 Kraftwerk at the 9:30 Club in Washington, D.C. The band continues to break new ground in concert visuals.

SHOW OF THE WEEK

I saw the future of concert visuals from a band almost 45 years old. Kraftwerk's use of 3D images was stunningly simple and beautiful. These folks have been visionaries forever. I hope it sparks others to re-imagine what a concert in a nightclub can be.

It starts with such mystery: a whistle in the dark, a melody struck softly and then that voice, singing seemingly just to me. Rodrigo Amarante sings in Portuguese; I don't know the language, but the emotion is stark and clear. The saxophone slays me. You may know Rodrigo a member of the Brazilian/American band Little Joy or the Rio de Janeiro rock band Los Hermanos. His first solo album Cavalo is out May 6. "Nada Em Vão" is the opening cut.

ALBUM OF THE WEEK

Built on Glass by Chet Faker 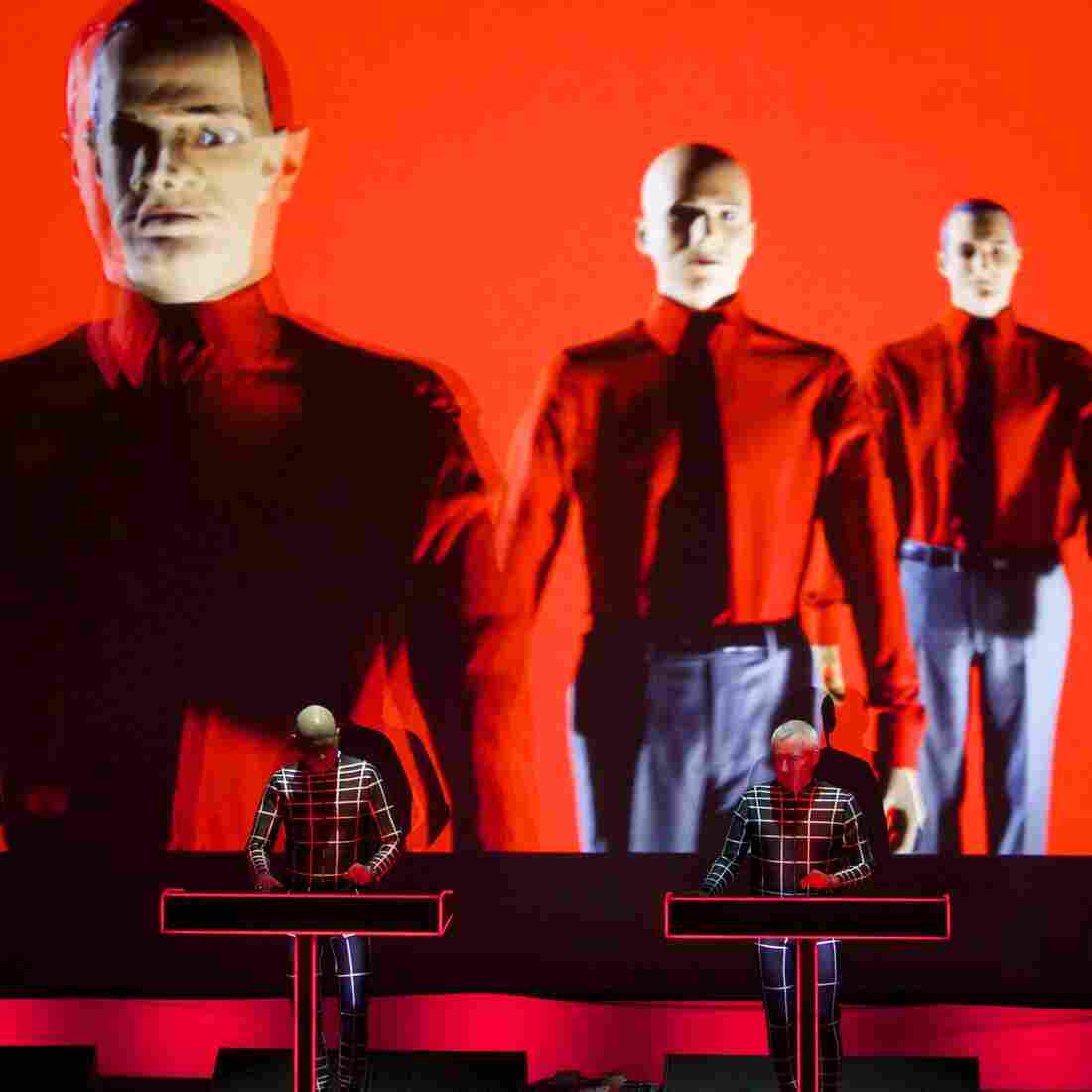 Kraftwerk at the 9:30 Club in Washington, D.C. The band continues to break new ground in concert visuals.

This soulful album comes out next Tuesday, but I've had it on repeat all week. Chet Faker is the moniker for Nicholas James Murphy, a 25-year-old Australian singer and electronic artist. His name is an obvious play on Chet Baker, the handsome crooner and jazz trumpet player popular in the 1950s. Beyond the play on the name, Chet Faker thinks there's a vibe to his music that he hears in Baker's sound. And though their music is worlds apart, there is a smoothness to both that transcends the generational differences.

"Giving Up Everything" by Natalie Merchant

The song is from Natalie Merchant's first new record of all-original songs in thirteen years. The self-titled album is out May 6 on Nonesuch Records. The voice is right from the heart and those masks; haunting.

The Hair and the Music Were Better in 1967

This week on All Songs Considered we played a new version of "Bang Bang (My Baby Shot Me Down)" by Pharmakon. The song was written by Sonny Bono for his wife Cher in 1966. She had the hit but the better-known version, thanks to the film Kill Bill, is by Nancy Sinatra. All that is to say I was reminded of my very favorite version of this song by a shamefully forgotten band Vanilla Fudge. Here's that version, from 1967 performed (or should I say lip-synched) on the German TV show Beat-Club.

The Last Song You'll Ever Hear

So if you knew you were just about to die and you could listen to one song before that moment came, what would it be? I'd likely chose "A Day in the Life" by The Beatles. It is multiple songs wrapped up in one, it's about life and death, it's sonically transfixing and such a visionary triumph.

We posed this question on our blog on Monday and the responses made for a great playlist. There were also many stories. One in particular, written by Megan S. about her father's actual final song, stood out. Grab a tissue.

"This may sound ridiculous, but last June of 2013, while I waited for my father to pass away in the ICU after suffering from fatal strokes post-open heart surgery, out of nowhere the song "That'll be the day" by Buddy Holly started playing in my head. I started humming it and couldn't get it out of there. At some point my mom and brothers left the room to stretch their legs, so I decided to download the song to my iPod and ended up sitting beside my Dad, having placed one earbud in his ear and the other in mine and I pressed play. His vitals stayed constant until about thirty-seconds left in the song when suddenly they plummeted. I fumbled for my phone to text my family to get back to the room and it took me a moment to register that he had taken his last breath mere moments after the song finished playing. My dad was born in 1950. It's not a song I grew up on and I can't explain why it came to me that day, but I'll never forget that moment. I'm not sure what song I'd like to be played out on, but if my Dad had a hand in picking his, I think he chose pretty well. :-)"