Accessibility links
Bob Boilen's Musical Discoveries Of The Week : All Songs Considered The songs, videos and musical moments that stopped the All Songs host in his tracks. This week: A cat video, a live double rainbow and all the soles you can shake a camera at. 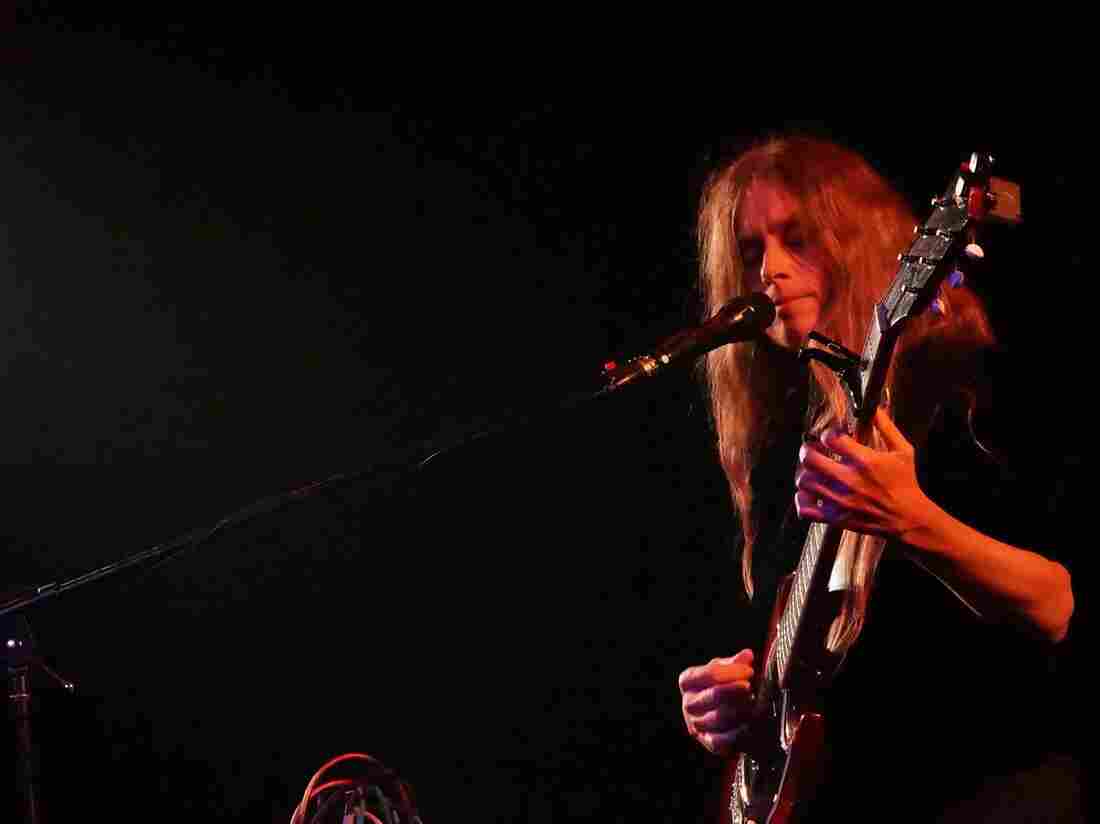 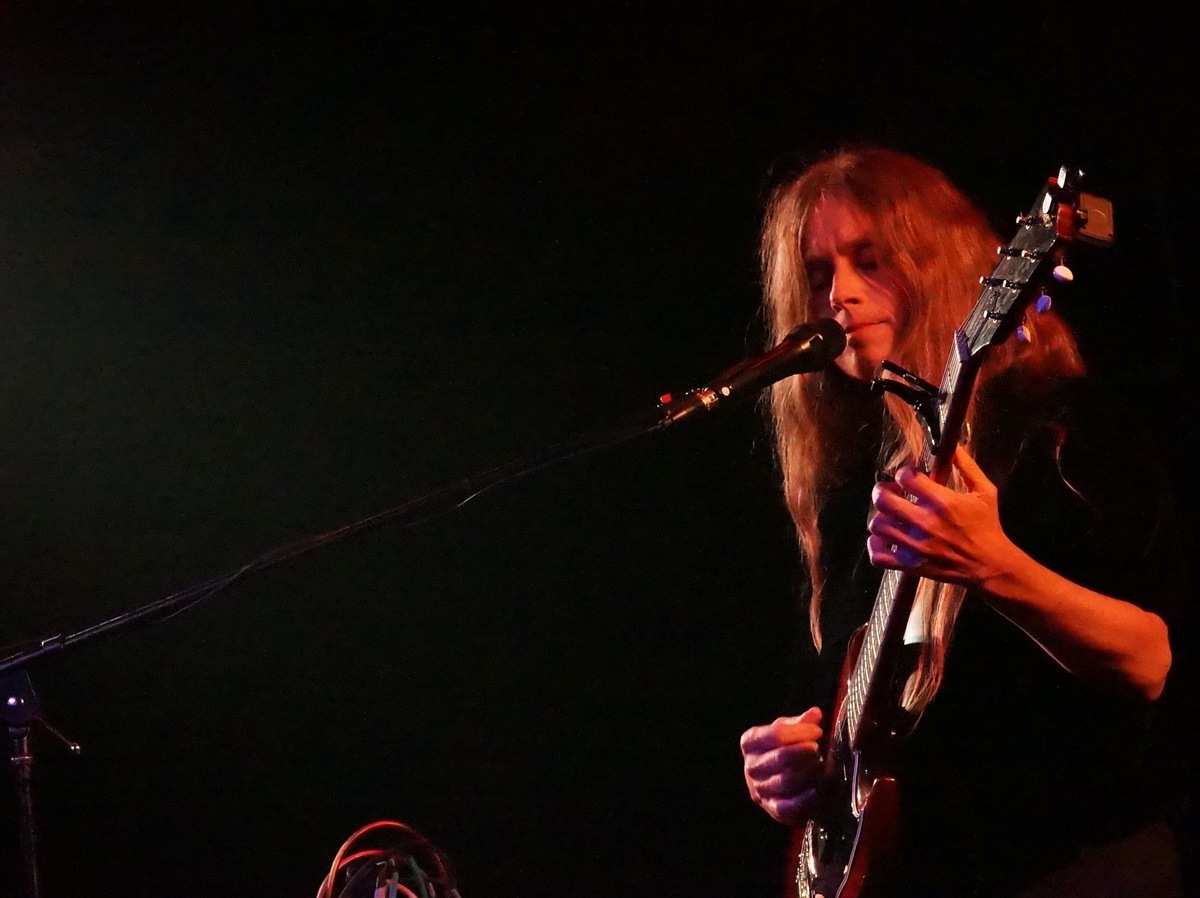 SHOW OF THE WEEK - A Double Rainbow!

About a dozen years ago Juana Molina released a record that was a sonic earthquake. Segundo took electronic sounds and rhythms and made them fresh and vibrant in ways that seemed unimaginable until that moment. The Argentine singer and former actress continued to make head-turning records until 2008. And then nothing until last year, when she put out Wed 21, which features Juana and her band — keyboardist Odin Schwartz, drummer Diego López and Juana singing and playing guitar — connected to at least ten loop and effect pedals. Her show at Jammin' Java was one of those shows filled with surprise. We've all been to shows with keyboards, drums and guitar before but I know I've never heard notes in such odd places and rhythms so simple and divine.

I Break Horses is the Swedish electronic duo of Maria Lindén and Fredrik Balck. They were joined on tour with a live drummer who at times overpowered the vocals, but when things were in balance, the music was trance inducing and hopeful and so good.

"Hymn For A Missing Girl" by The Darcys

This seems so completely out of left field I had to pass it along. It's a 22-minute, instrumental, guitar-based track from The Darcys that the band says was "originally inspired by Cormac McCarthy's Cities Of The Plain. I know The Darcys have a harsher side, but this is also the band who covered Steely Dan's breezy side, Aja. Their own songs mostly hover in the 3 and 4 minute range, but this album side-length tune is a sometimes brash and unpredictable journey.

There's simply no attempt in this video to lock music to the action (a cat on a couch) which makes this all the sillier and the song that much more fun. I won't reveal any more except to say that I truly enjoy the spirit of this band and their very 1977 sound.

Today, April 19, is the seventh annual Record Store Day, and on this week's All Songs Considered we featured some of our favorite Record Store Day releases including a vinyl reissue of a Devo show from 1977 at Max's Kansas City. This was a very early New York City show for the Akron, Ohio art rock band. I had the pleasure of seeing them about 10 months later and I can tell you that the video here, as poor as the quality is, captures the spirit of this insanely creative band.

We wanted your sole and we got it!

I didn't know what to expect when I asked you to go to concerts and capture the "Sole of a Band." I asked for photographs of shoes worn by musicians on stage, and for you to notice the connection between those fashionable loafers, boots and sneakers and the music being played. Now, all over the country, folks are out taking shiny shoe pics and sending them to us for our puzzler. If you'd like to contribute or simply take the quiz, then go our Sole Of A Band page. Some of your photos might show up in future quizzes — come back to play a new one this Wednesday, April 23. 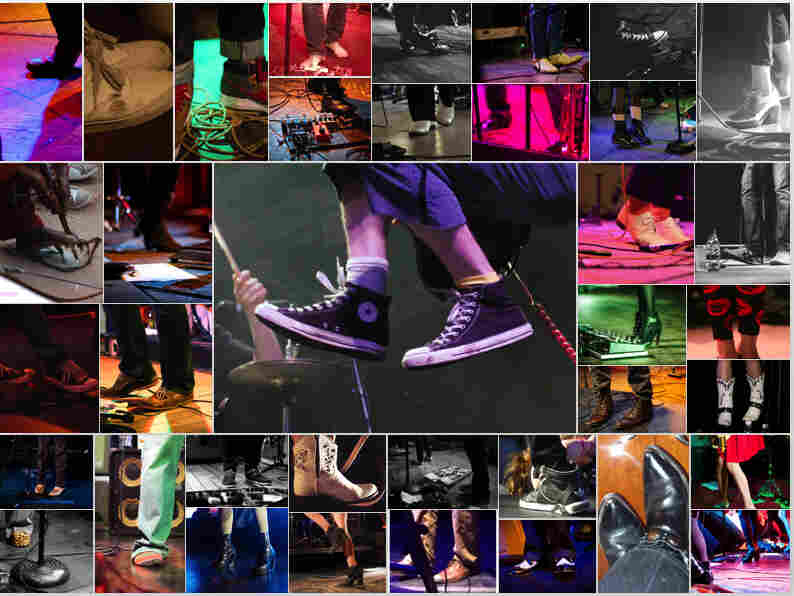 You sent us your soles! Various for NPR hide caption 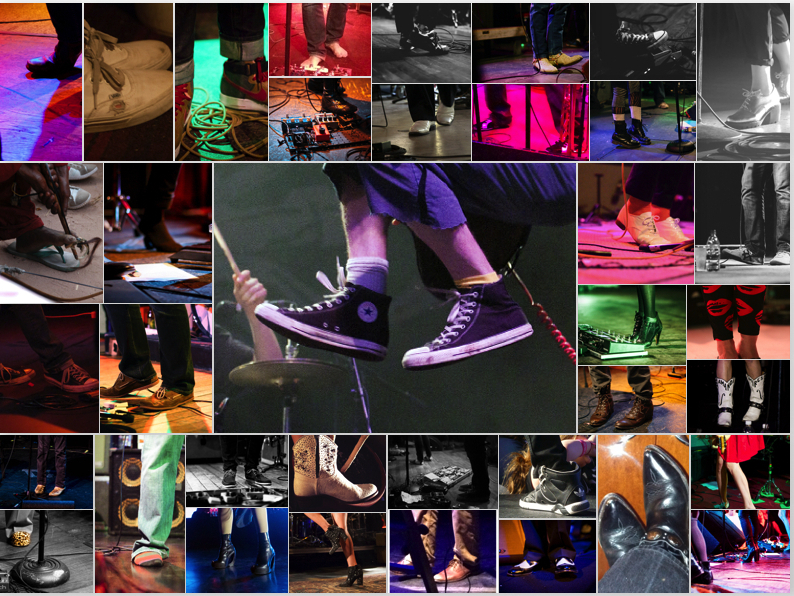 You sent us your soles!