Accessibility links
Name That Drum Fill, From The Antlers' Michael Lerner : All Songs Considered Hear a series of fills selected by drummer Michael Lerner and match them to the song. 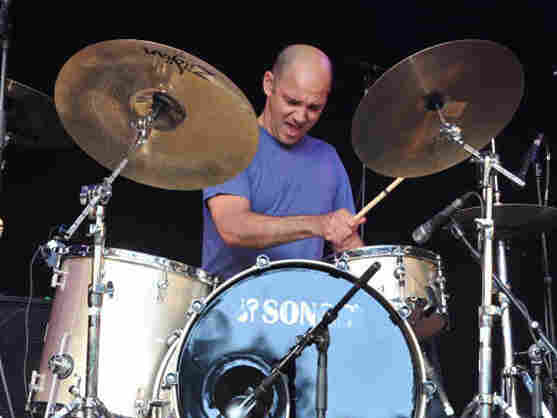 This week's puzzler comes courtesy Michael Lerner, drummer for the band The Antlers. Lerner is on the short list of current favorite drummers. His work is always melodic, never too busy or indulgent. But he also never settles for the straight up four on the floor. I found the fills he selected for this week's puzzler to be... challenging. But see what you think.

The Antlers' upcoming album, Familiars, is due out June 17. You can hear the opening cut to the album on this week's All Songs Considered.