Accessibility links
Bob Boilen's Musical Discoveries Of The Week : All Songs Considered The songs, videos and musical moments that stopped the All Song Considered host in his tracks. This week: Multiple well-loved, boundary-busting groups return. 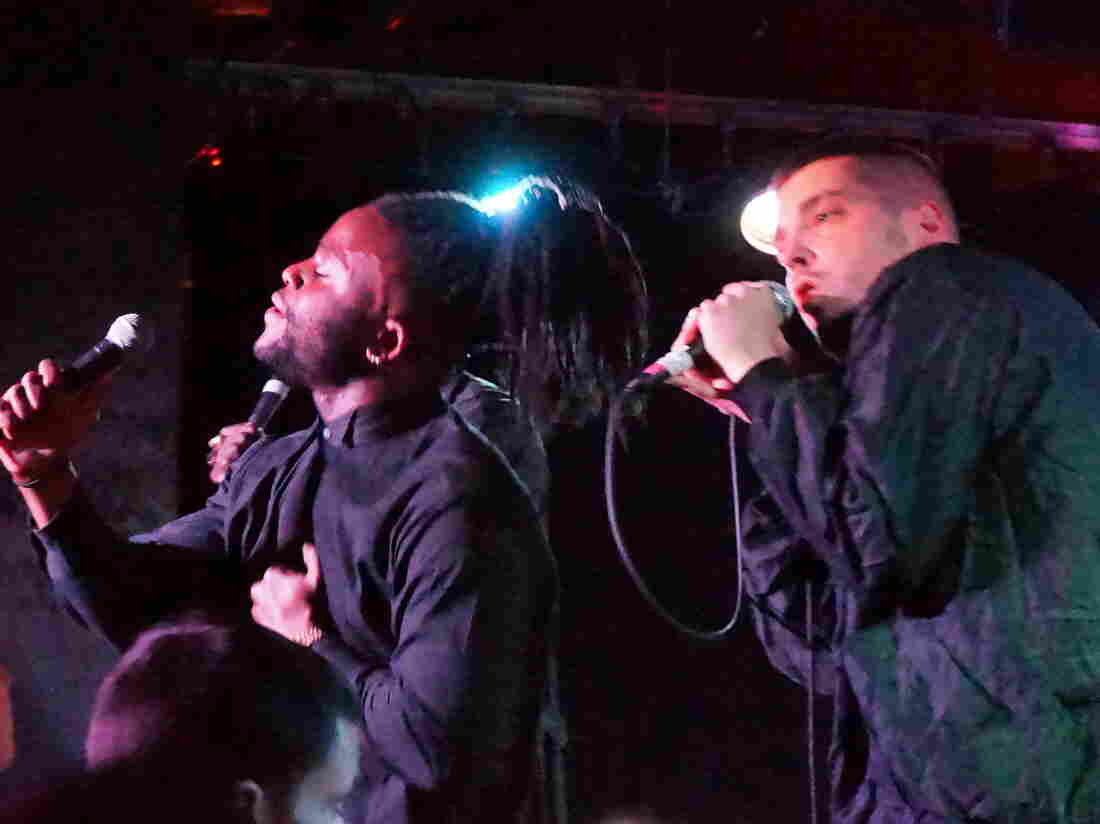 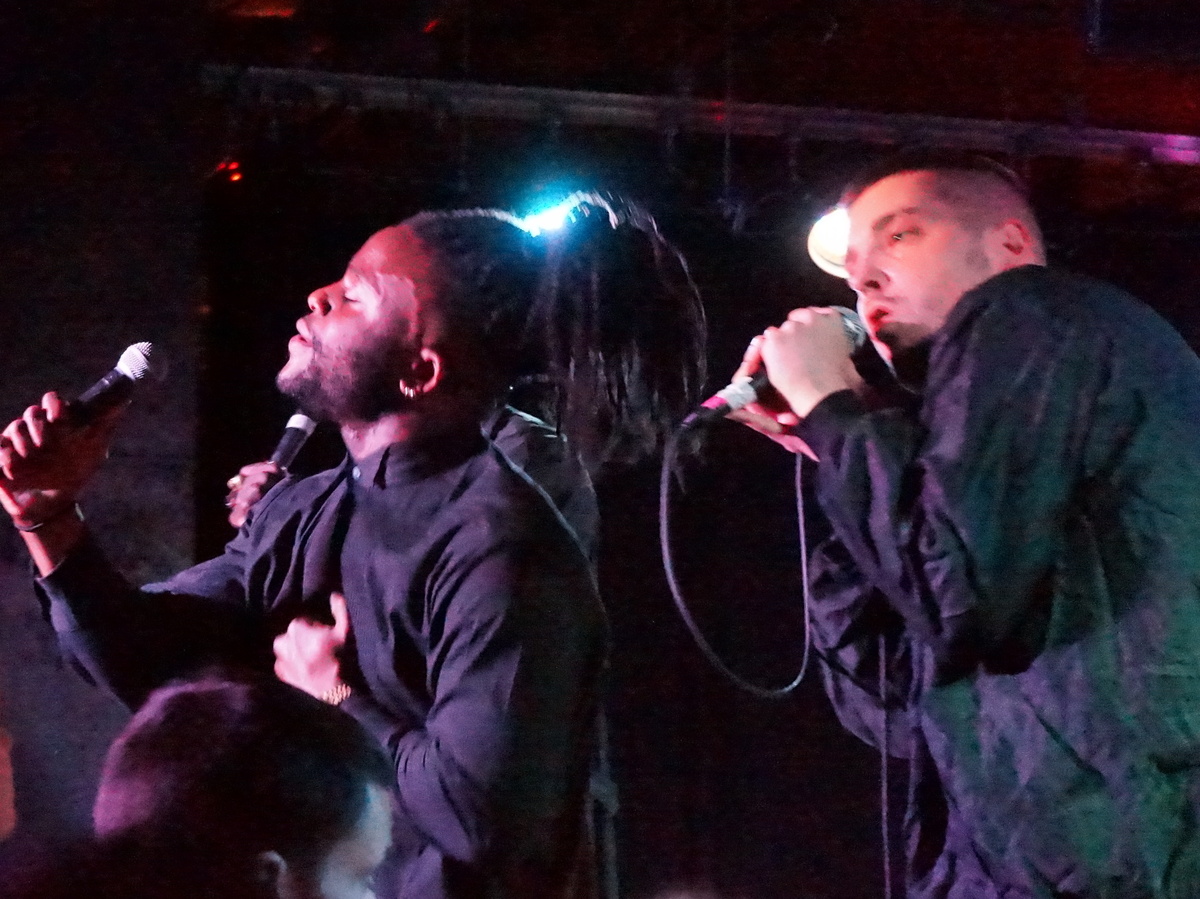 Young Fathers at U Street Music Hall in Washington, D.C.

SHOW OF THE WEEK

It's often the surprises that stick with me. This week it was Young Fathers. The trio of rappers and singers from Nairobi, Scotland and Liberia were the opening act for Baths, who I'd seen before and loved, but the voices and electronic underpinnings that wove through Young Fathers were unlike anything I'd seen live. Here's a song that will give you a better idea why this was my show of the week.

Young Fathers performing "Get Up"

"Physiques" by People Get Ready

This came out of nowhere. A new record by a band I madly love was announced on Wednesday. People Get Ready will have a new album out June 24 called Physiques and it's produced by Deerhoof's Greg Saunier. I hope this means the band will tour — that's even more of a thrill. Their shows in the past have pushed the boundaries of what a band of guitars and drums can do.

Merrill Garbus has always seemed like the best party of one. In fact this entire video, for the song "Water Fountain" off the new tUnE-yArDs album Nikki Nack, works like a live-action cartoon. I was sure Pee-wee Herman would come over to play.

Seeing tUnE-yArDs had me going back and taking a peek at a bit of genius from the past. Paul Reubens was Pee-wee Herman, the fanciful, fun-loving host of a playhouse of characters and objects come-to-life. Like the tUnE-yArDs video above, it was very much a live cartoon with appeal to kids and adults.

Come on in, and pull yourself up a chair (like Chairy!)
Let the fun begin, it's time to let down your hair!
Pee-wee's so excited,
'cause all his friends have been invited (that's you!)
to go wacky, at Pee-Wee's playhouse!

I love Impaktor. It's a synthesizer for an iPhone or iPad that will turn any surface into a percussive instrument. We played with it on this week's All Songs Considered and here, musician Aaron Apter literally plays his cat.