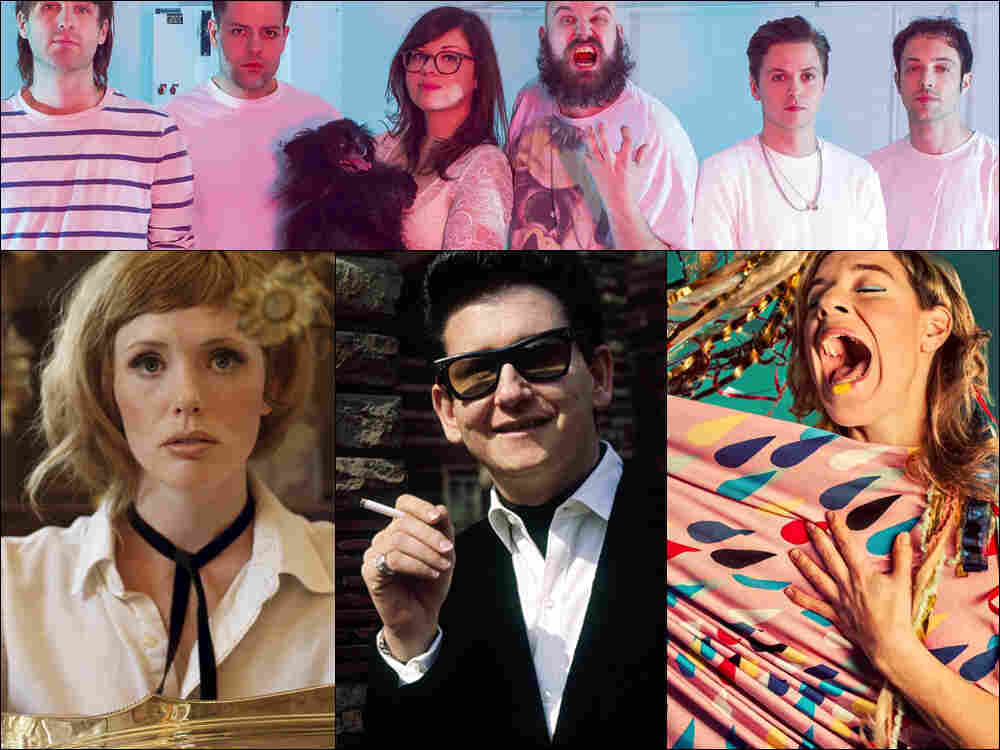 On this week's All Songs Considered, Bob Boilen kicks things off with "Water Fountain," a breathless cut from the new tUnE-yArDs album Nikki Nack. The video, which you can see on All Songs TV, is a burst of bright colors and childlike joy reminiscent of comedian Paul Reubens' Saturday morning kids show Pee-wee's Playhouse.

Robin Hilton follows with a never-before-heard cut from singer Roy Orbison. The legendary crooner died suddenly in 1988, just before his final album Mystery Girl was released. To mark the 25th anniversary of the record, Sony Legacy is releasing a deluxe edition featuring multiple demos and unheard tracks, including "The Way Of Love," a song Orbison recorded on a boombox cassette tape. His sons later discovered the song and recorded new instrumentation to accompany his restored voice track.

Also on the show: The hardcore band F---ed Up returns with a nerve-rattling new album that reflects on family, aging and the responsibilities of adulthood; country-folk singer Jessica Lea Mayfield goes electric on a cut from her new rock-inspired album Make My Head Sing; The group Young Fathers, with members from Scotland, Nigeria and Liberia, mix hip-hop, rock and electronics for a surprising sound; and singer Haley Bonar is back with a new collection of wondrously ornate pop. 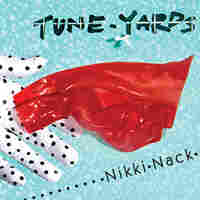 Merrill Garbus is the wildly creative force behind tUnE-yArDs. "Water Fountain," a breathlessly paced cut from her new album nikki nack, is full of hairpin turns and endless surprises. You can hear the full album in our First Listen series until May 6. 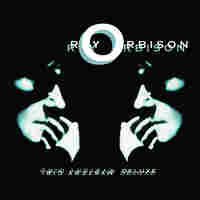 02The Way Is Love

Roy Orbison originally recorded this song as a demo on a boombox cassette tape in the mid 1980s. His sons discovered the tape, restored his voice and assembled a band to add new instrumentation. It appears on a deluxe, 25th anniversary edition of his final and posthumous release Mystery Girl.

For more on this album, visit the Sony Legacy website. 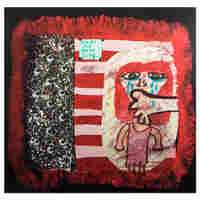 05Do I Have the Time

Jessica Lea Mayfield's latest album is an electrified homage to her rock heroes. 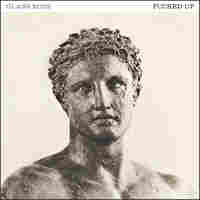 F---ed Up is a hardcore group from Toronto that packs a hurricane-force punch that's both raw and reflective. The band's latest album, Glass Boys, is out June 3. 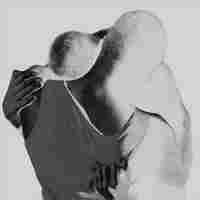 Young Fathers is a trio with members from Scotland, Nigeria and Liberia. Their sound is an equally eclectic mix of hip-hop, rock and electronics.