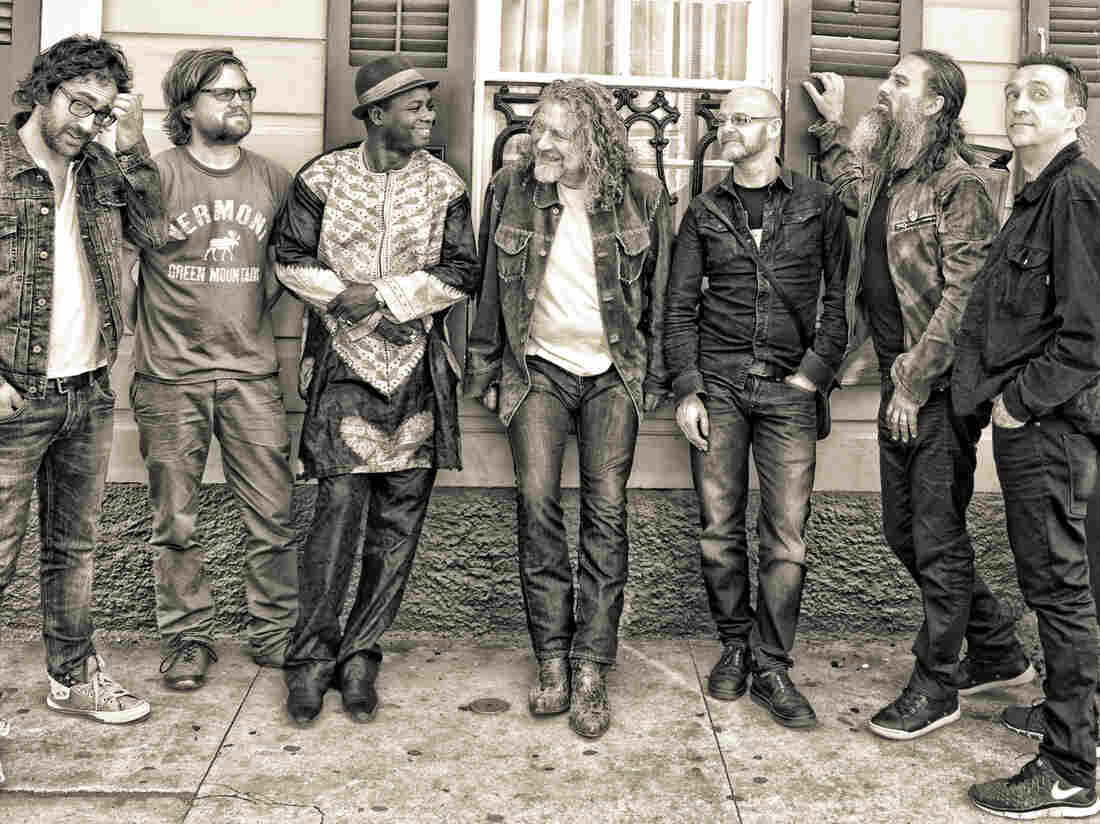 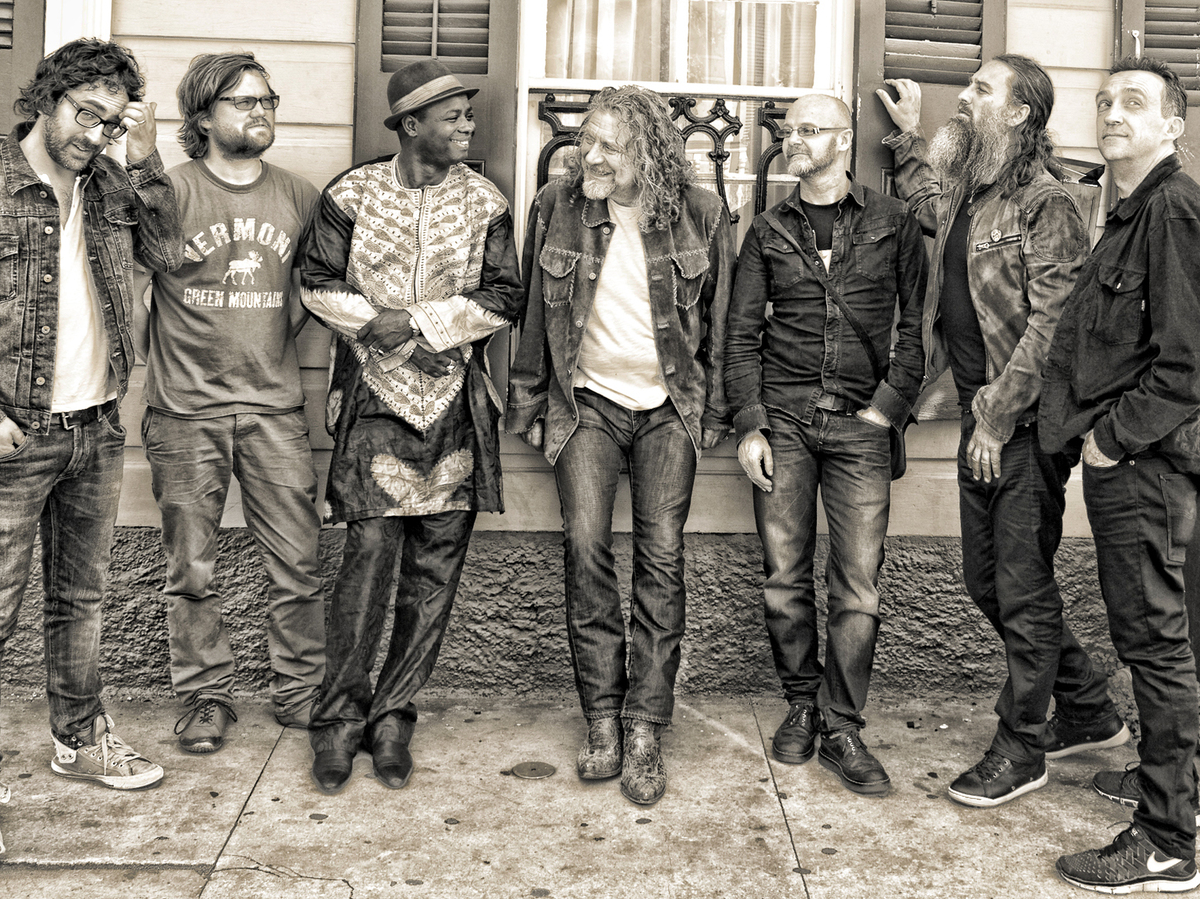 Robert Plant and his new band The Sensational Space Shifters.

Frank Melfi/Courtesy of the artist

Of all the artists making music in the '60s and '70s and still making music today, Robert Plant continues to keep his music vital and interesting. His music with Alison Krauss in 2007 was steeped in the bluesy rock the singer does best, but it wasn't nostalgic, it was fresh. In 2010 it was Band Of Joy with Patty Griffin and Buddy Miller, again surprising and lovable. Now the sixty-five year old former Led Zeppelin singer has a new band and project, Robert Plant and the Sensational Space Shifters. Judging from the one song we're premiering here today I'm eager to get my hands on the new album.

This song, called "Rainbow," is a haunting, percussive mix of rock and soul. It's from a new record, lullaby and... The Ceaseless Roar (the l is lower case intentionally), which comes out on Sept. 9 on a new label for Robert Plant, Nonesuch. In a press release, he calls it "a celebratory record, powerful, gritty, African, Trance meets Zep." His band includes Justin Adams on various percussion including bendir and djembe and also guitar; John Baggott on keyboards, loops, moog bass and piano; Juldeh Camara on ritti (a single stringed fiddle); Billy Fuller on bass, drum programming and omnichord; Dave Smith on drums and Liam "Skin" Tyson on banjo and guitar. Tchad Blake mixed all but a few of the album's tracks and he really is a master at making even the ordinary sound extraordinary. You may know his work with Elvis Costello, Sam Phillips, Peter Gabriel, Tom Waits and so many more. Plant will tour with the new album in the fall — all we know now is that there are shows planned at the Brooklyn Academy of Music on Sept. 27 and 28.