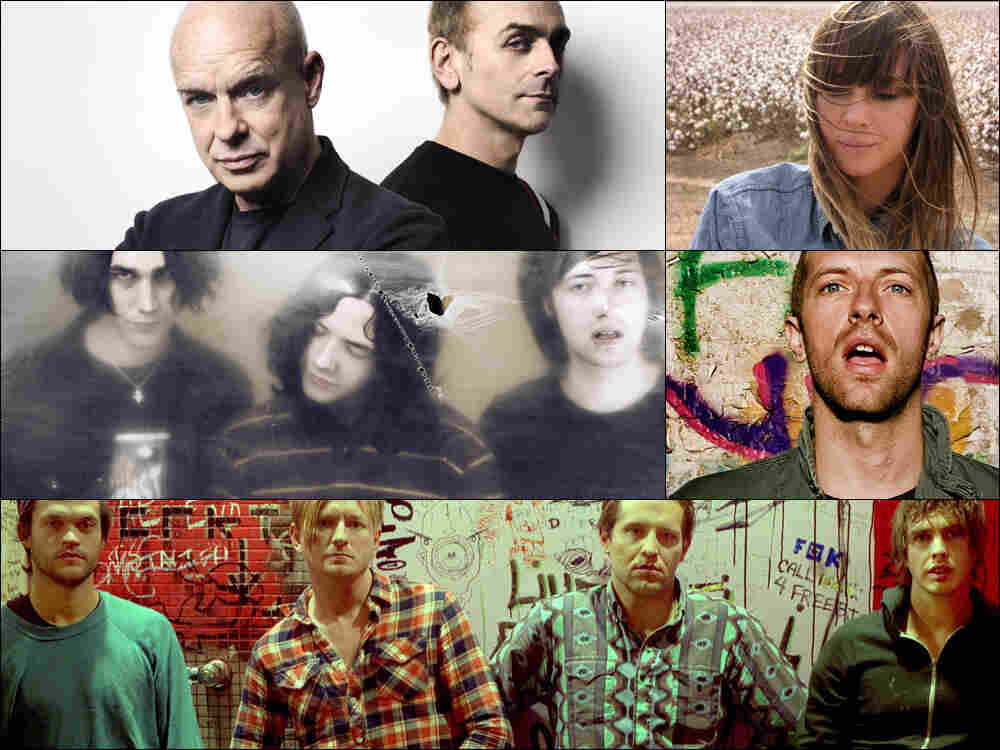 On this week's All Songs Considered: After some speculation on Pink Floyd's just-announced album The Endless River, Robin kicks off the show with Broncho's "Class Historian," which he describes as the most immediately catchy song he's heard all year. Not to be out-catchied, Bob retaliates with Rubblebucket's "Carousel Ride," from the band's upcoming release Survival Sounds. Full of explosive synthesizers and melodies made to climb the charts, it gives Robin a run for his money.

Bob also plays Brian Eno and Karl Hyde's trance-inducing "DBF," from the pair's recent LP, High Life, and follows that with the gentler yet equally hypnotic "Lonestar," by the Baltimore duo Peals (which is led by members of Future Islands and Double Dagger). Keeping the peaceful mood going, Robin plays "The First Time," the tranquil opening track to singer-songwriter Matt Kivel's Days of Being Wild, released today.

Bob and Robin close out the show with Coldplay and Cat Power's unexpected collaboration "Wish I Was Here," from the soundtrack of Zach Braff's upcoming film of the same name. After such a frenetic first half to the show, "Wish I Was Here" is the slow, soothing finale. When it's over, everyone is ready for a cuddly nap. 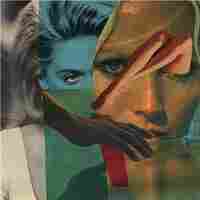 This mega-catchy track will appear on the Tulsa, Oklahoma trio's cheekily named Just Enough Hip To Be Woman, out September 16th on Dine Alone Records. More on this band on its website. 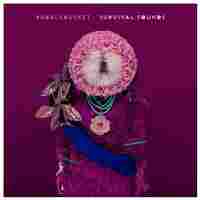 Brooklyn's Rubblebucket will showcase crushing horns and synthesizers on its album Survival Sounds, out on Communion Records next month. More on this band on its website. 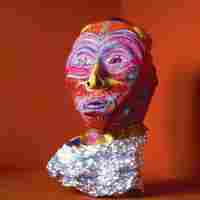 05Burn Out The Bruise

The raucous U.K. trio The Wytches is set to unleash its debut LP Annabel Dream Reader, full of furious psych-rock and guaranteed headbanging, next month. More on this band on its website. 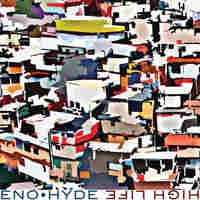 Brian Eno and Karl Hyde have teamed up for High Life, the pair's second LP together in just four months. Their creative juices haven't abated in the slightest — "DBF" sounds like Eno's work with the Talking Heads crossed with Fela Kuti. 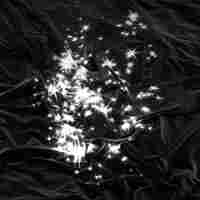 Considering that one half of Peals is William Cashion, the bassist for Future Islands, and the other half is Bruce Willen, the bassist for now-defunct Baltimore punk legends Double Dagger, it may come as a surprise that together they make music as mellow as "Lonestar." More on this band from its website. 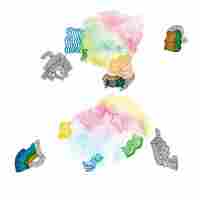 Singer-songwriter Matt Kivel recently signed to Woodsist Records. Days of Being Wild was recorded over six weeks in a shed in Los Angeles. More on this artist from his Facebook page. 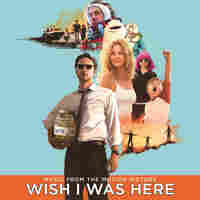 Director Zach Braff says that the idea to have Cat Power's Chan Marshall sing with Coldplay on "Wish I Was Here" came to him and Coldplay's Chris Martin at the same moment. Martin and Marshall's voices meld together seamlessly on the song, which appears on the soundtrack to Braff's film of the same name.