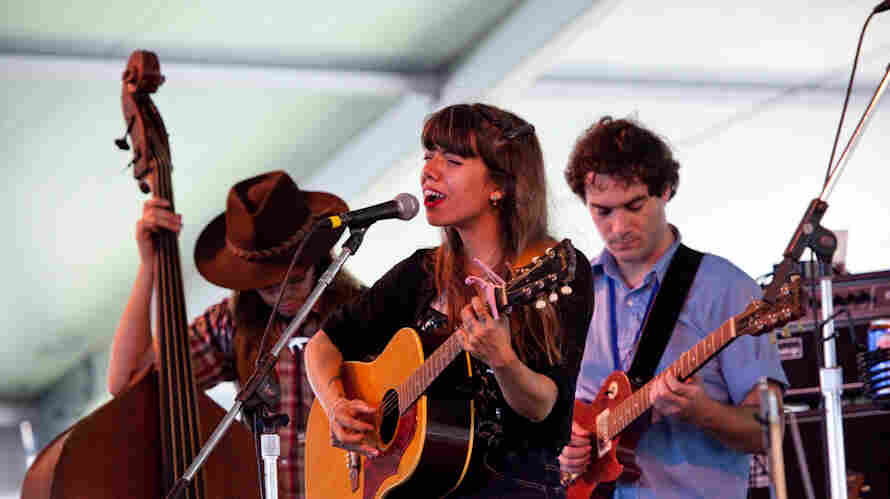 Hurray For The Riff Raff performed at the 2013 Newport Folk Festival — and makes a return engagement this year. Meagan Beauchemin/NPR hide caption 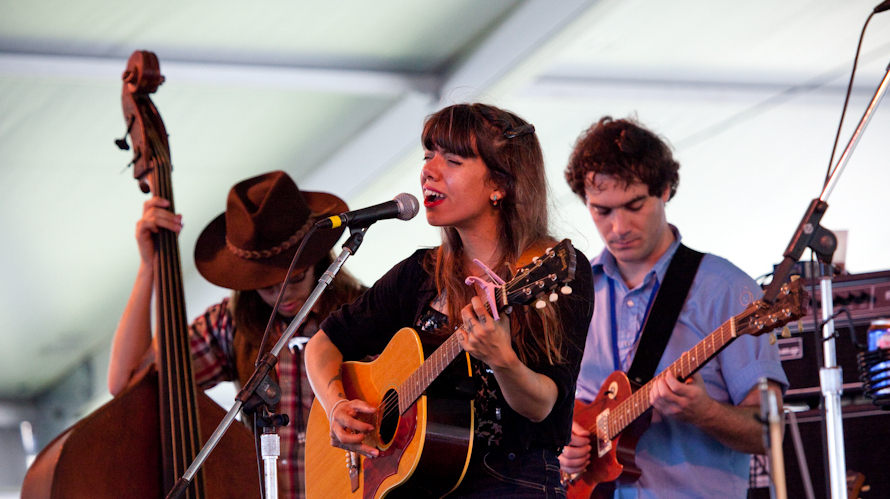 Hurray For The Riff Raff performed at the 2013 Newport Folk Festival — and makes a return engagement this year.

The Newport Folk Festival has been around for more than half a century now — this is its 55th year, to be exact — and the event now routinely sells out months before its lineup is even announced. And why shouldn't it? On the main stage alone at this year's festival, which runs from July 25 to 27, Newport Folk will feature performances by Mavis Staples, Ryan Adams, Jack White, Jeff Tweedy, Jenny Lewis, Conor Oberst, Kurt Vile, Nickel Creek, Jimmy Cliff and many more.

Once again, 2014 will bring a strong NPR Music presence to the festival: On Friday, July 25, we'll broadcast a live audio stream of Ryan Adams' set from the festival's main stage. Over the rest of the weekend, we'll record much of the main-stage lineup online and tweet photos and observations from the festival grounds (@nprmusic on Twitter and Instagram, using #newportfolk).

While we're there, we'll capture unique Field Recordings that you'll see on NPR Music in the weeks to come, and we'll feature an archive of audio recordings from the festival stage. To get started on preparing for our coverage, you can download five songs from some of the Newport Folk's most exciting discoveries — from Anais Mitchell to Reignwolf — and bookmark this page for more to come.