Accessibility links
Hear The First Song From Sleep In 20 Years : All Songs Considered Two decades after the epic Dopesmoker was written, "The Clarity" presents Sleep at its heaviest and weediest. The band describes it as a "lyrical follow-up to a lifetime of marijuana enjoyment." 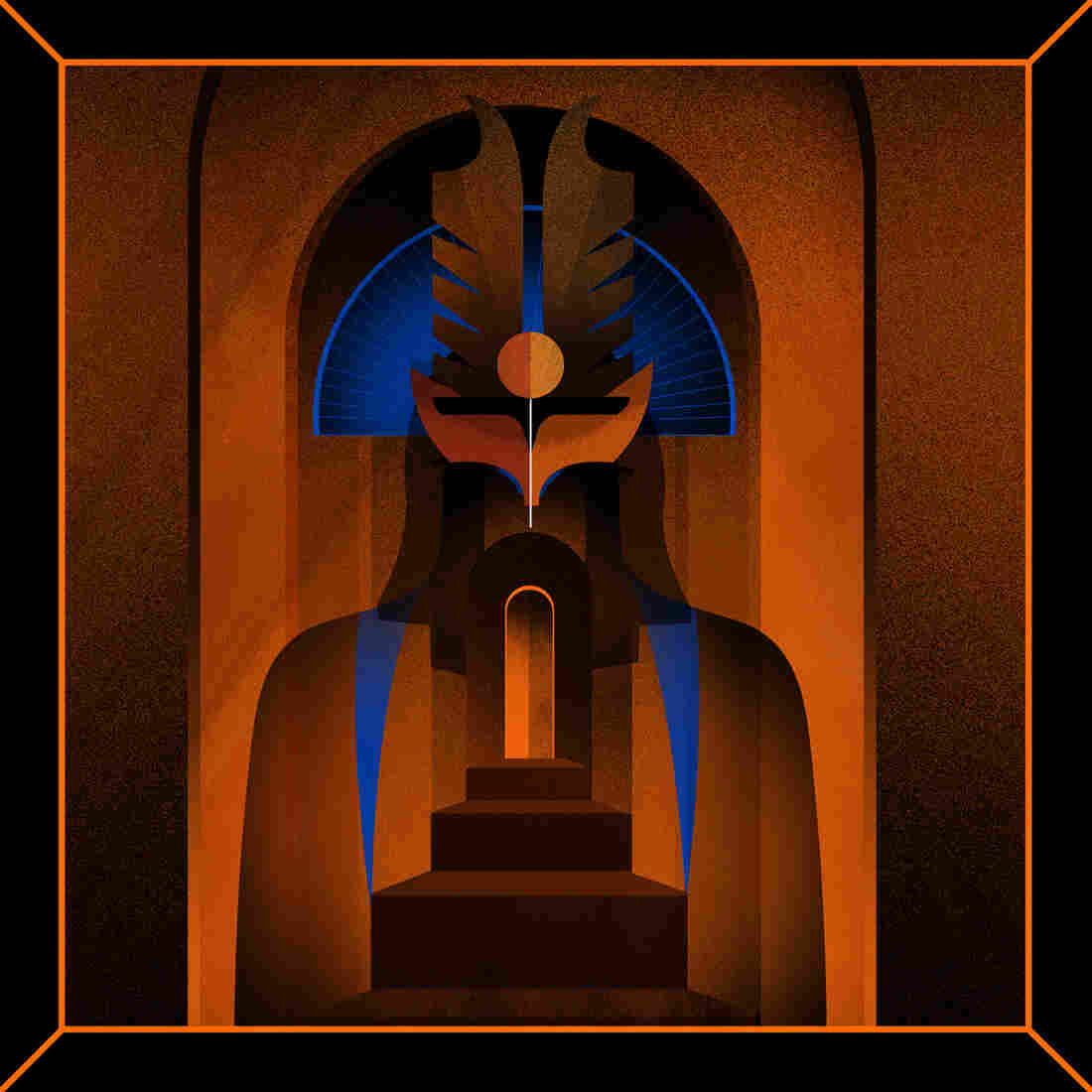 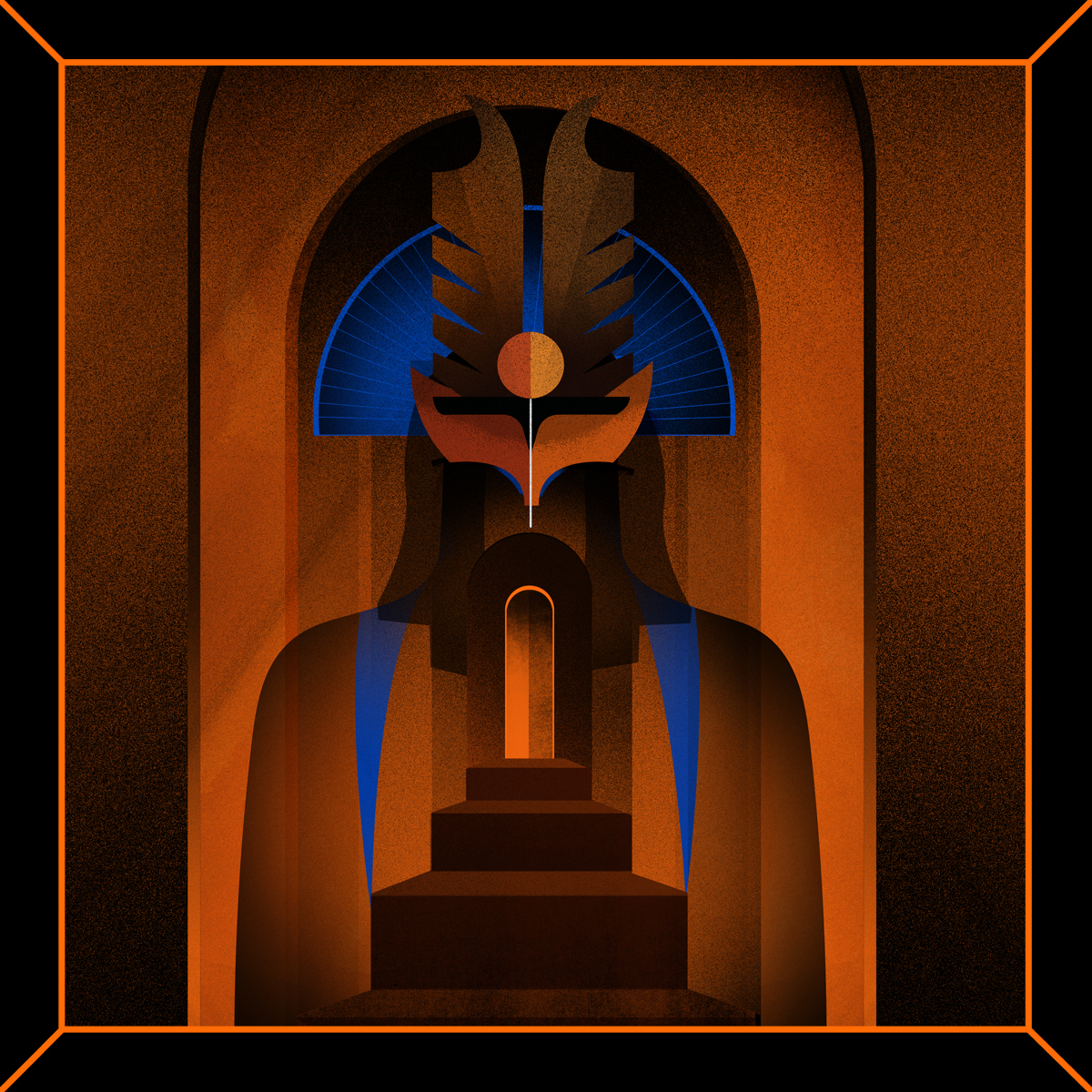 Artwork for Sleep's "The Clarity," the band's first new material in 20 years.

It's been 20 years since the stoner-metal caravan Sleep wrote Dopesmoker, a 63-minute track based on a single riff and dedicated to the mighty spliff. Unfortunately, it took three labels and a span of 16 years to release it as intended. So let's just follow the smoke and meditate on this premiere of "The Clarity," part of Adult Swim's singles series, which has already featured new music from the likes of Speedy Ortiz and Tim Hecker, with Run the Jewels, Deafheaven and more in the pipeline. It will be available as a free download on July 21.

"The Clarity" doesn't miss a step. It captures Sleep at its heaviest and weediest, and despite the puff of smoke that pervades these 10 minutes, it's the band's cleanest-sounding recording. Bassist Al Cisneros' vocals are way out front as he intones, "Life complete / The dealer is my refuge." Matt Pike's guitar has somehow taken on an even headier tone, with a riff that burrows into your chest and opens your consciousness.

Since its reunion at ATP London in 2009, Sleep has been active on the live circuit here and there, with Neurosis' Jason Roeder taking over the drums. But now Sleep is a full-on band again, and its members say that "The Clarity" has inspired a new full-length album. That said, as the band emails in a brief interview exchange ("answers are from Sleep," it writes), "It would be impossible to describe any new material from Sleep that does not yet exist."

Reunion shows aren't uncommon these days, often welcome to those of us who missed an artist the first time around. New recordings are a different story. After the legal nightmare that was Dopesmoker, did you ever think Sleep would record again?

What inspired and encouraged "The Clarity," nearly 20 years after Dopesmoker was originally written? Were you approached by Adult Swim first, or was the song gestating before?

Sleep has been sporadically writing riffs for a while now. When Adult Swim approached Sleep about a single, Sleep set aside those riffs and wrote the single in a couple days. "The Clarity" is an exercise in musical stream of thought, as all proper music should be.

I hear there's a new album in the works. When do you think that will come out and where? With the experience of post-Sleep bands (High on Fire, Om, Shrinebuilder) and Jason Roeder (Neurosis), what does a new Sleep album sound like?

It would be impossible to describe any new material from Sleep that does not yet exist. There is no preconceived idea of what the new material should be. It would be an amalgamated effort of decades of riff immersion.

I couldn't help but notice the Sinsemillian reference in this new song. Is "The Clarity" a lyrical follow-up to Dopesmoker?

"The Clarity" is a lyrical follow-up to a lifetime of marijuana enjoyment.