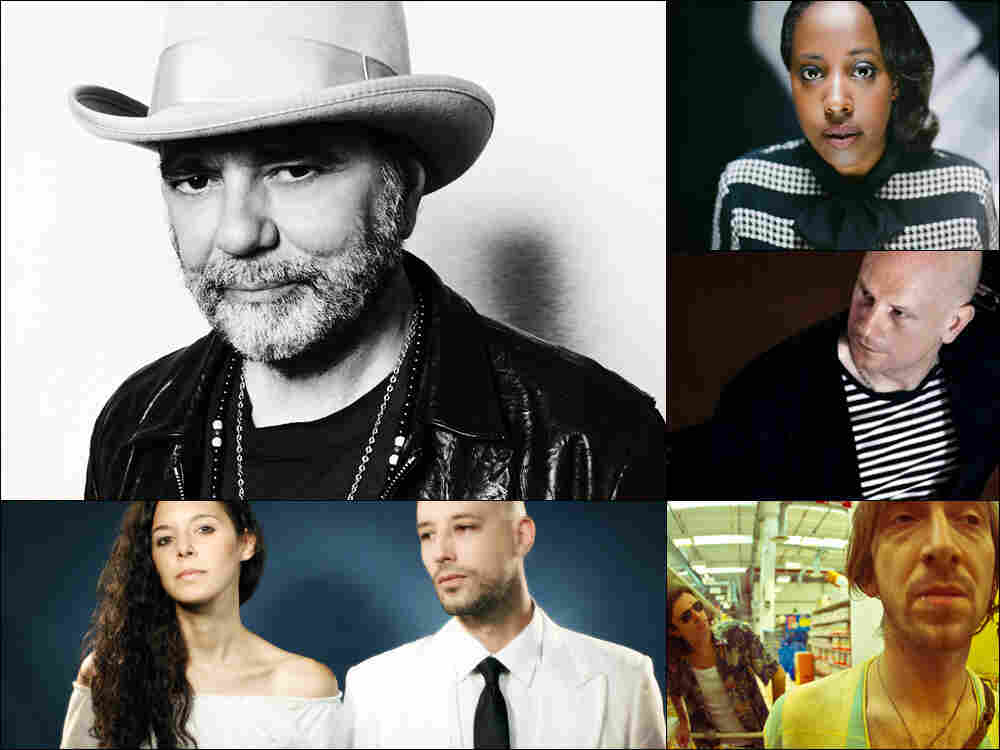 On this week's All Songs Considered, Robin Hilton kicks off the show by meditating on the perils of old age, and insisting that he still wants to be Daniel Lanois when he grows up. Cue "Opera," a powerful cut from Lanois' upcoming solo album, Flesh and Machine, and an unparalleled headphone listening experience.

Bob Boilen introduces Italian electronic band Niagara with a driving track from the band's sophomore album, Don't Take It Personally, released last week. Next, Robin offers a killer song from Cleveland based mr. Gnome, whose new album, The Heart of a Dark Star, he has been eagerly awaiting since hearing their set at SXSW in 2011.

Following a raw, unsettling song from Neuroplasticity, a left-turn of a sophomore album by the artist Cold Specks, editor Jacob Ganz makes a guest appearance to discuss an old favorite: '90s slowcore band Bedhead. The band is reissuing its complete recordings in a box set titled Bedhead 1992-1998, which features a previously unreleased cover of The Stranglers' classic, "Golden Brown" that's about as energetic as the subdued Texas band ever got.

We close the episode with a track from Philip Selway's excellent solo album Weatherhouse, which, unlike side projects from Thom Yorke and Jonny Greenwood, sounds distinctly un-Radiohead-like.

Daniel Lanois sustains an overwhelming amount of power and precision on his upcoming solo album, Flesh and Machine, set to be released Oct. 28th on Anti- Records. For more on this album, see the artist's website.

A light, airy introduction evolves into a racing melody line, which drives the song, from mr. Gnome's forthcoming album The Heart of a Dark Star, unapologetically forward. For more on this album, visit the band's website.

"A Broken Memory," the ominous opening track of Cold Specks' most recent effort, Neuroplasticity, features a sprawling trumpet accompaniment by Ambrose Akinmusire. For more on this album, visit the band's website.

Bedhead will reissue its complete discography in a box set titled Bedhead: 1992-1998, which will include this previously unreleased cover of the Stranglers' classic, "Golden Brown," featured on this week's show. For more on the box set, visit the Numero Group's website.

01It Will End In Tears

Radiohead drummer Philip Selway's upcoming solo album, Weatherhouse, is set to be released Oct. 7th on Bella Union. This piano-based song, "It Will End In Tears," reminds Robin of singer Harry Nilsson. For more on this album, visit the artist's website.