Accessibility links
Songs We Love: Houndmouth, 'For No One' : All Songs Considered The Indiana band will release its second album in 2015. This early sample is a striking, vibrating, epic folk ballad with almost surreal imagery and a story line that twists in odd directions.

Songs We Love: Houndmouth, 'For No One' 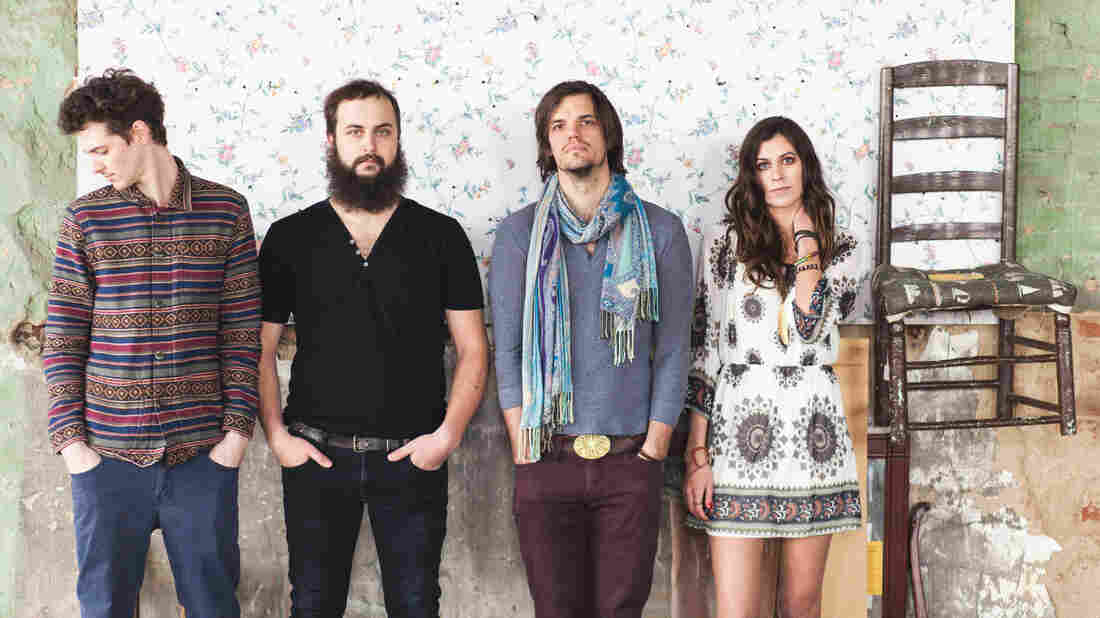 Enlarge this image
Tyler Zoller/Courtesy of the artist 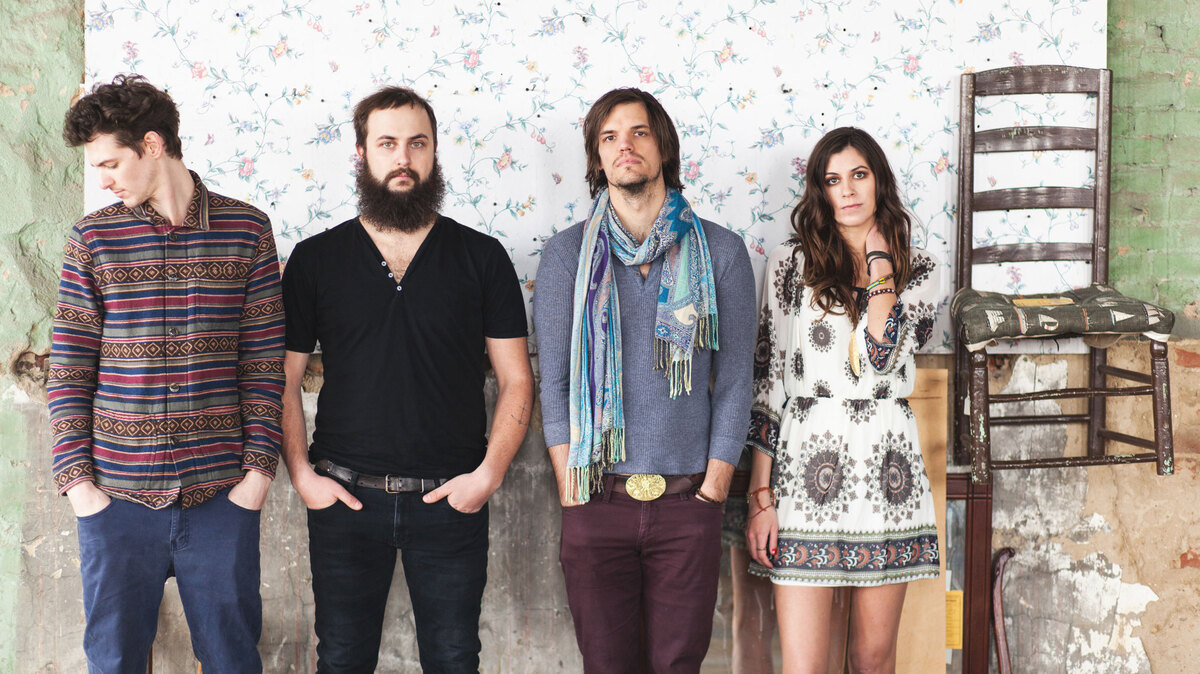 Tyler Zoller/Courtesy of the artist

Immediacy is a quality in music that's difficult to define. It's not the same as originality, but it does involve surprise: the happy shock of someone saying something that registers, waking up the senses, even if the sentiment's familiar. The Indiana band Houndmouth showed a gift for immediacy from the first; its live show, with all four members singing and main songwriters Matt Myers and Katie Toupin balancing each other like two bouncing electrons, is so fun and full of life that it easily wins over the most distracted beer drinkers in the back of the club.

The legendary A&R man Geoff Travis signed Houndmouth to Rough Trade on the strength of one of those early shows, a South by Southwest showcase in 2012, and the band released a beguiling debut, From the Hills Below the City, a year later. Now it's readying its second release (it'll be out some time next year), growing out from under the influences that were on the surface of the songs on that album. The first song from the new sessions, "For No One," is a striking ballad with almost surreal imagery and a story line that twists in odd directions, sung by Myers with taciturn intensity. By email, Myers answered a few questions about his evolving writing process, the place of ballads on recordings, and getting out from under the shadow of a guy named Bob.

This is an epic ballad, stuffed full of vivid imagery, unspooling a mysterious story with references to Kon Tiki, shrapnel, and taking acid. It begs the question: what inspired this tale?

Well, I've grown up a lot since our first record ... or at least I like to think I have. For the first time I wanted to sit down, say what I wanted say, and leave it at that. Some of it is playful, some of it is veiled behind layers, some of it is strangely observational. But really it's a personal tune. I think the inspiration falls close to the struggle of figuring out exactly what it means to be a man, let alone an artist.

The arrangement is spare — it feels like this will be a quiet, standout moment on the album. Can you tell us how it might fit in with the other songs you've been recording?

An album is, or ought to be, a complete picture. It should come in waves, changing its focal point when things get too predictable or settled. If we played hard and heavy all the time, it would get boring for everyone, including us. So yeah — sparse instrumentation plays a roll in the big picture for us as we work on new stuff, in that regard. Plus I've always been a sucker for the slower deep tracks on records, despite living in a fast-paced play-the-damn-single world.

I hope it seems like a compliment to say this song is Dylanesque. How do you wrestle with the legacy of Bob Dylan?

Haha! The only way to wrestle with the Bob Legacy is to not listen to him. He will work his way into your brain and inevitably your writing, as well. I listened to Dylan a lot early on, then tried my best to swear him off. Except for that song "Joey" on Desire. That's a banger.

Featured in Songs We Love.