Accessibility links
Puzzler: Name That Drum Fill : All Songs Considered Our recurring puzzler for careful listeners, this week featuring a series of fills handpicked by Brandon Barnes, drummer for the Chicago punk band Rise Against. Hear the fill and match it to the song. 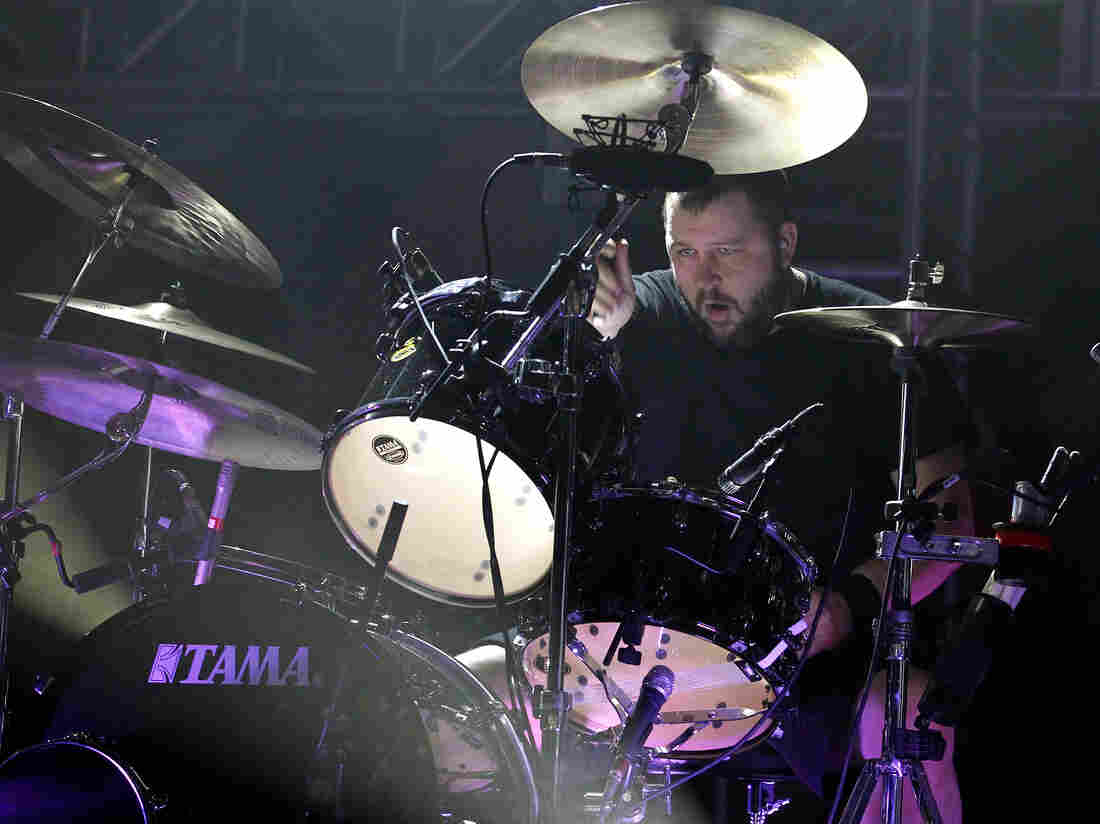 Guest Quizmaster Brandon Barnes of Rise Against performs with the rest of the band at the Sunset Cove Amphitheater in Boca Raton, Florida. Sayre Berman/Corbis hide caption

This week's guest Quizmaster is Brandon Barnes, drummer for the Chicago-based punk band Rise Against. Known for packing a punch at the kit, Barnes actually got his start in jazz and was influenced early on by drummers such as Elvin Jones and Tony Williams. So some of Barnes' picks for Drum Fill Friday are from drummers who often weave elements of jazz into their otherwise heavy rock beats. Give a listen and see what you think. And as always, good luck, careful listeners.