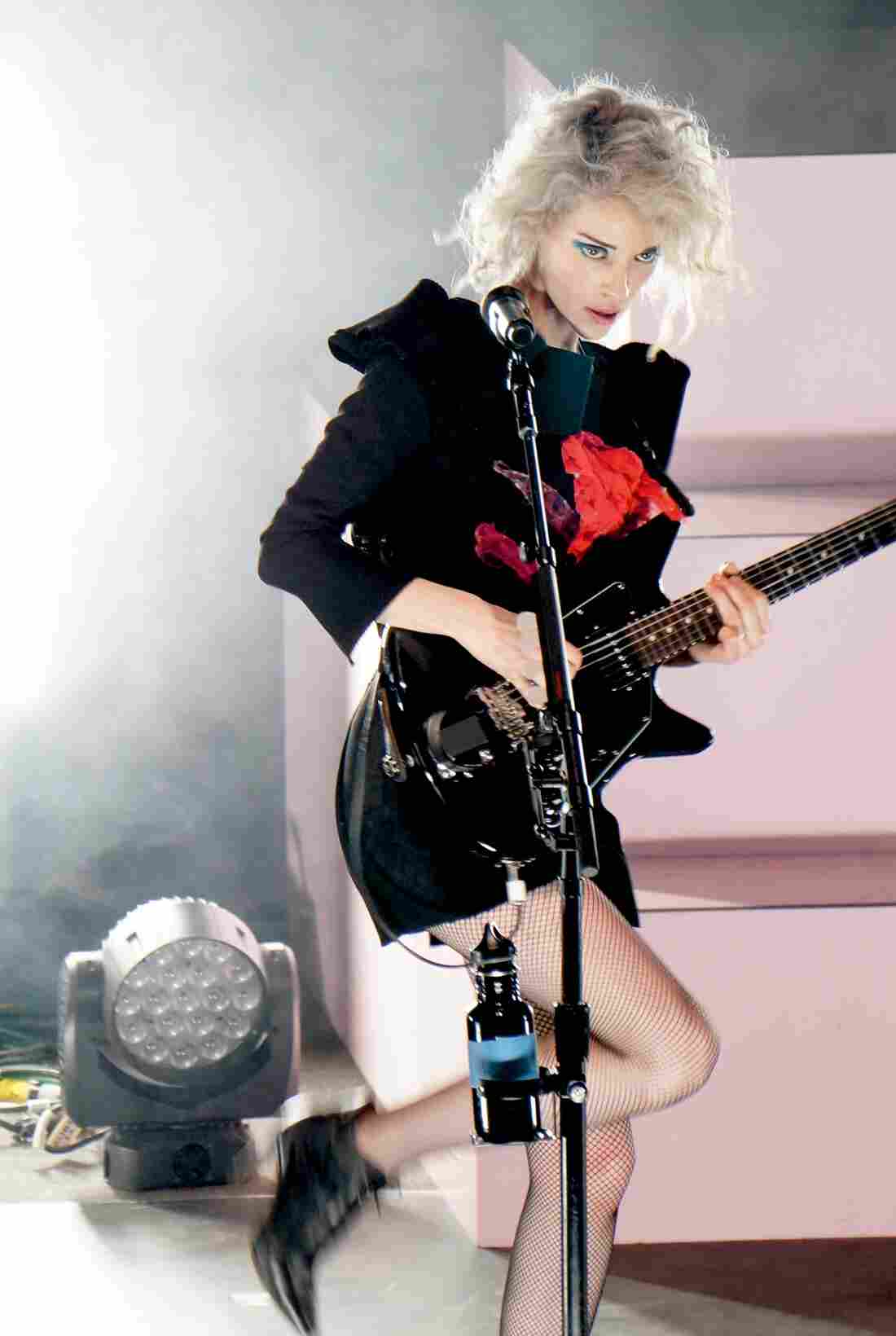 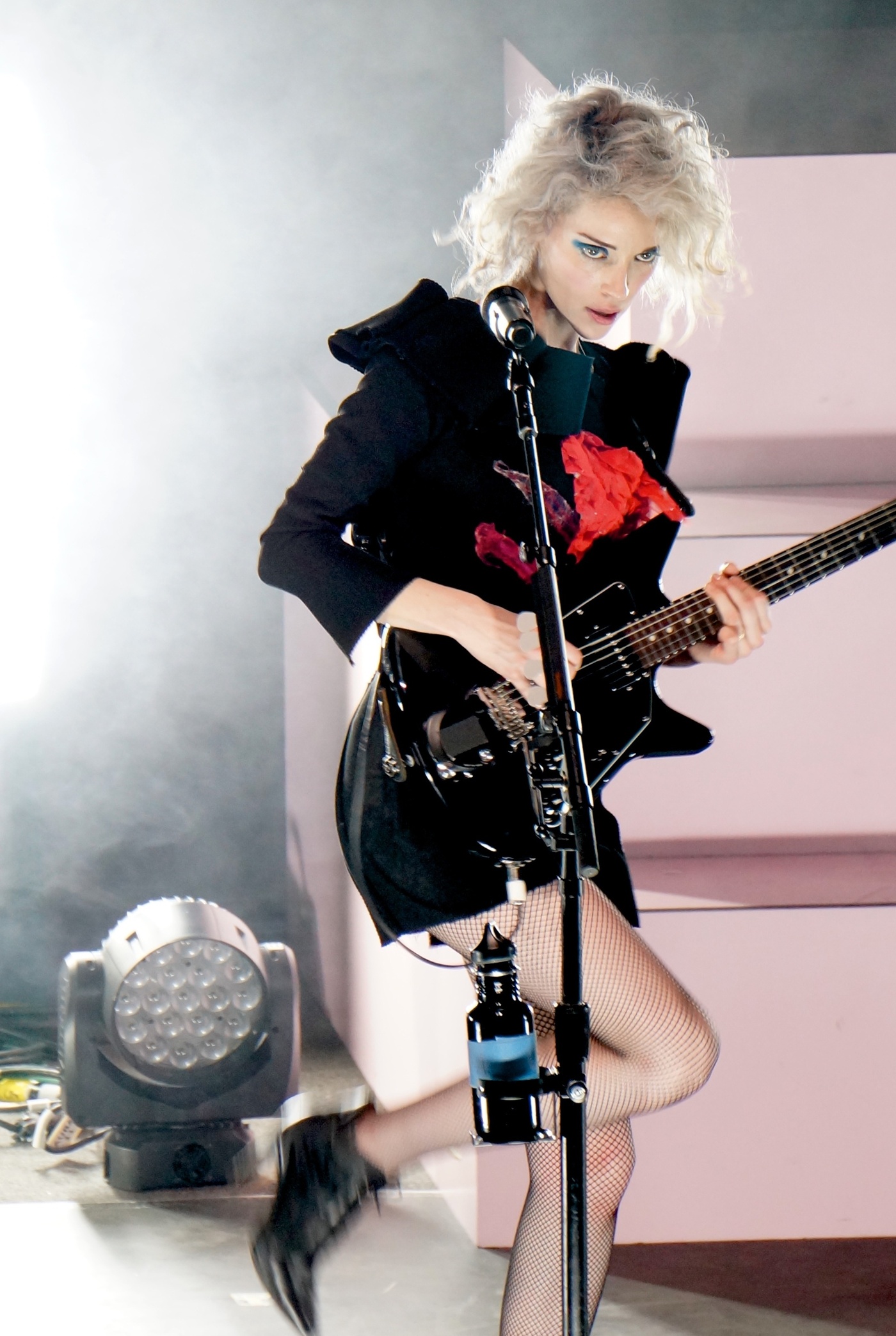 I missed another year of TV shows. I missed every single Netflix and HBO series. I did, however, see four times as many movies in 2014 as I did in 2013: four, instead of just one. What I did see once again was a whole lot of live music, 662 performances to be exact. (I count each band as a show or performance.) In a year packed full of concerts, I saw 555 different bands in 144 venues across 16 cities. It turns out I saw exactly the same amount of shows this year as last, which made me laugh ... guess I've hit my ceiling.

Each time I go to a show I hope for a unique experience, that marriage of venue, audience and performer. I don't get that from any other medium. I madly love it. When I look back at my favorite shows of the year I find a commonality: Every one of those top bands/acts owns their sound. There's a vision pouring out of the speakers, hearts and instruments. Their lives compel them to do what they do. It's not casual — it's a pure and absolute commitment. Whether it's Paul Janeway of St. Paul and the Broken Bones down on his knees; Perfect Pussy's wall of noise; Dave Grohl's guitar solo on the bar of the 9:30 Club; Nick Cave literally standing in the arms of his fans; James Blake's soulful soundscapes; Moon Hooch's never-ending breath-filled squeals, squawks and drop dead starts and stops — these come off as extraordinary acts of human expression. They touch me and keep me coming back in hopes of that singular unforgettable moment.

I saw so much worth sharing. Below is a list of my top 20 shows, starting with the best concert I saw all year. Following that is a chronological list of the other performances I loved (I deleted duplicates, so even though I saw Courtney Barnett play three times, I only listed my favorite one). If you'd like to see the crazy list of all 662 shows I saw, click here and prepare to feel exhausted.

Nothing was better than this show. It was a perfect blend of new songs, brilliant, inventive guitar sounds and engaging, sometimes funny choreography that took Annie Clark's already charismatic character, St. Vincent, to places I'd never seen her even dip her toes in. A huge growth for a young artist who is already musically mature.

I don't think anyone at SXSW had a clue what they were in for late one evening in Austin. There were looks of amazement while this trio — two saxophones and one monster drummer — made a magic mix of jazz, rock and electronica. No one makes music like this and the fusion of improvisation and turn on a dime stops and rhythmic starts seemed beyond human. This band is a must see!

No venue ever sounds better than during a James Blake show. He and his crew understand how to use bass in a profound, body-rattling way. Unlike other bands that use that big bottom end to bolster their sound, Blake's bass doesn't bury the subtlety that is present in his music. You can hear every click and snap of the drum, every texture of the guitar (which never sounds like a guitar) and then all the words, so soulfully sung.

I've seen Courtney Barnett probably six times since CMJ in 2013. She's grown immensely over the past year-and-a-half as a guitar player and as a singer of the best words in rock music today. On this night her band was on fire. Keep a close eye on her this year — there'll be new music and a show that's not to be missed.

They have been my favorite rock band of the decade since I first saw them in the fall of 2012. Alt-J plays quirky art rock with funny, sometimes disturbing words that always have depth and imagination. Their songs are filled with more songs that shift abruptly but with purpose. And this year there were new tunes and a brilliant new album. They don't let me down; they thrill me.

I didn't see this coming. I was so-so on Protomartyr's album and then they rocked my world. This Detroit band reminded me of the punk futurism of Pere Ubu in the '70s. Front man Joe Casey — in suit and tie, with drink in hand — conjures images of a salesman one drink over the line, stumbling accidentally on a stage but spouting unforgettable poetry. I'm a lover of words that summon imagery and spark thought. Get someone singing about their love of their "baby" and I'm gone but sing me a line like, "And I'll try to live defeated / Come and see the good in everything / Outside, outside, animals sound / Come and see then lead us all to heaven," and I'm there. Joe Casey and Protomartyr, I'm all yours.

On the opposite end of the lyrical spectrum here's a band that never utters a word of their own. The entire lyrical content of PSB's songs is appropriated from British public service films from the middle of the last century. It's hilarious (and informative) and the music that glues the films and language together is a fun mix of electronica and rock. The duo's motto is its mission: Inform - Educate - Entertain.

OK, so most everyone in the room was probably a bigger fan of Foo Fighters than I, but by night's end I was one of them. This band is undeniable, its attitude is winning and the playing is extraordinary. Washington has a fair claim on Dave Grohl as one of our own: He grew up in the D.C. suburbs and saw many of his early shows at the old 9:30 Club and the Black Cat. On this night, he made himself right at home with a performance that included a rock guitar solo on the bar of the club that was legendary.

For every band that becomes something of a household name there's an unforgettable moment in some club on some night in which the group moves from obscurity to fame. I believe this was that night for Sylvan Esso. The duo of Amelia Meath on vocals and Nick Sanborn on electronics had just released their single, "Coffee." That song, with a bit of the classic rock tune "Hanky Panky," was an ear worm for everyone in the audience that night and when they launched into it and heard a crowd sing back the words, the look on their faces was priceless.

Nick Cave needs to perform as much as you and I need to breathe. I can't think of another performer more compelling than he. At age 57 he out performed every 20 and 30 year old I saw on my list. I believe that some time, perhaps in his late 70s, Nick Cave will be surfing in the crowd and will die in the arms of his fans. It would be his perfect poetic final exit.

Terrifically fun live big band with a bank-teller-turned-soul-singer down on his knees pouring out his heart and soul.

In the six or so times I've seen this band, Brian Sella has never failed to get a crowd to become a community. We all sing/scream back his words as cathartic acts of love and release. Group rock therapy.

Randy Newman resurrected his cynical, modernized and truly funny musical version of the classic tale of Faust. From the moment he walked on stage wearing devil horns, I wore the biggest grin.

This mans sings with his eyes, lures you in as a true romantic. Simply transporting.

I saw this band four times in three cities on two continents. Their show, a (maximum) 25 minute blast of fierce noise led by Meredith Graves' impassioned, poetic growl feels almost as good when it stops as when it starts. Hard to explain; best to experience.

A new discovery for me, this Ohio band was easy to love, with foot stomping tunes played on banjo, baglama, bulbul, balalaika, bowed banjo, baritone ukulele, bass and bouzouki. (Oddly, the third St./Saint band on my list ... What's up with that?)

Calling them a Ukrainian folk quartet makes them sound quaint. They're not. With hats that resemble a handful of Marge Simpsons in a performance art band, these folks rock.

This Australian folk duo made my number one album of the year. This intimate house concert was the perfect setting.

Singer Mark Redding has something to get off his chest. The show is a raucous therapeutic ride of frustration, happiness and tears that goes beyond the self, turning strangers into friends.

The Rest of the Best: 63 More Shows I Loved