Accessibility links
All Songs At 15: On Hearing Sufjan Stevens For The First Time : All Songs Considered This week in our Throwback Thursday we share a favorite memory: the day we first heard Sufjan Stevens.

All Songs At 15: On Hearing Sufjan Stevens For The First Time

All Songs At 15: On Hearing Sufjan Stevens For The First Time

Every Thursday this year, we're celebrating All Songs Considered's 15th birthday with personal memories and highlights from the show's decade and a half online and on the air. If you have a personal memory about the show you'd like to share, drop us an email: allsongs@npr.org. 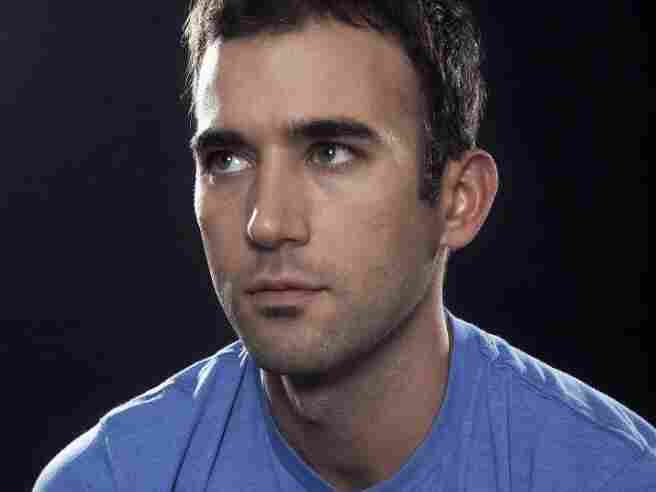 In the summer of 2003, I got a lengthy letter from a guy asking if we would please play his music on a show we used to do called Open Mic. It was a showcase for great unknowns. (Don't bother looking for it, it doesn't exist anymore.) The guy's name was Sufjan Stevens and he'd just put out a record called Michigan. It had arrived unceremoniously with all the other albums we'd get from unknown or unsigned artists, and I threw it in a stack to listen to on my commute. I remember driving home with Bob one night, putting on the song "Romulus" and telling Bob, "You know, this guy is pretty good!"

Whenever we had an artist on Open Mic we'd ask them to write a sentence or two about the song we were featuring. Just a short blurb. When I asked Sufjan for his thoughts on the Michigan song "Detroit, Lift Up Your Weary Head!," he sent back a very thoughtful, incredibly long essay. I don't have the full thing any more, but here's the excerpt we pulled from it:

"Perhaps we have failed as human beings. Perhaps we have embarrassed ourselves to the natural world. We have been rigorous and willful in all the wrong ways. But it doesn't have to be this way. Maybe you don't want to deal with (marching), the permanent marker and poster board. But try something else. Carry someone's groceries. Chat with the custodian in your office building. Donate blood. Live in Rwanda for a year. Write letters to the Department of Buildings. Learn to knit. It is only going to get better from here on out."

A couple of years later, when Sufjan released Illinois, I thought back to his "Detroit" essay and realized the sheer length of it was probably a good indication of how many ideas were gushing out of his brain. At the time, I honestly believed he could write and record an album about every state ... even if it meant he'd have to release one every year and he'd be in his eighties when he finished.

Of course, he slowed down. Earlier this month, we learned that Sufjan has a new record coming out, just his second of the last ten years. It's called Carrie & Lowell and is due out on March 31. We can't wait to hear what surprises he has in store this time!