Accessibility links
Drum Fill Friday, For Feb. 20 : All Songs Considered Our recurring puzzler for careful listeners, this week featuring a selection of drum fills handpicked by All Songs Considered co-host Robin Hilton. Hear the fill (or intro) and match it to the song. 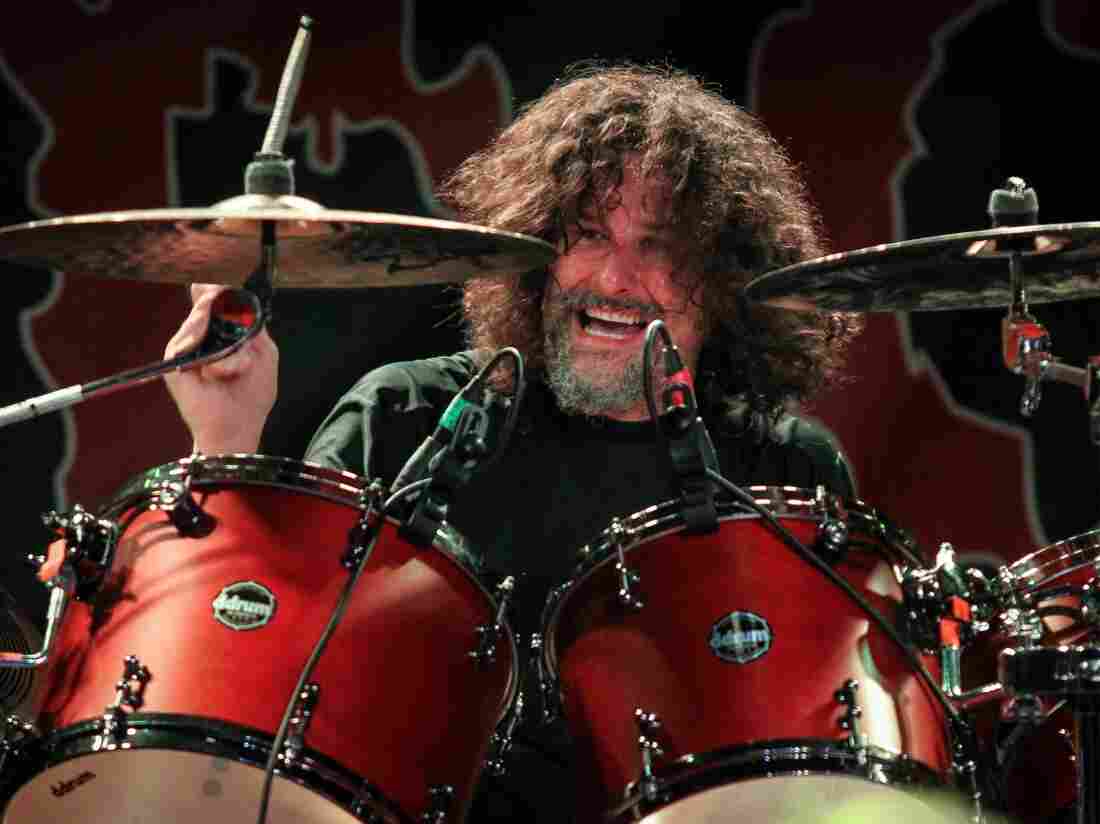 I don't know what it's like where you live, but here in D.C. (as well as the rest of the eastern seaboard in general) we've had enough of winter. It's been downright arctic with subzero temperatures, record snowfall and no apparent end in sight. All of which is to say that this week's Drum Fill Friday comes to you from the confines of my super secret Robin Cave, where I've holed up with my stuffed animals and an iPod to play sweet drum fill jams and drown out the howling winter winds. Stay warm, and good luck, careful listeners.