Accessibility links
Drum Fill Friday With Steve Jordan : All Songs Considered Our recurring puzzler for careful listeners features this week a selection of drum fills handpicked by Steve Jordan. Hear the fill and match it to the song. 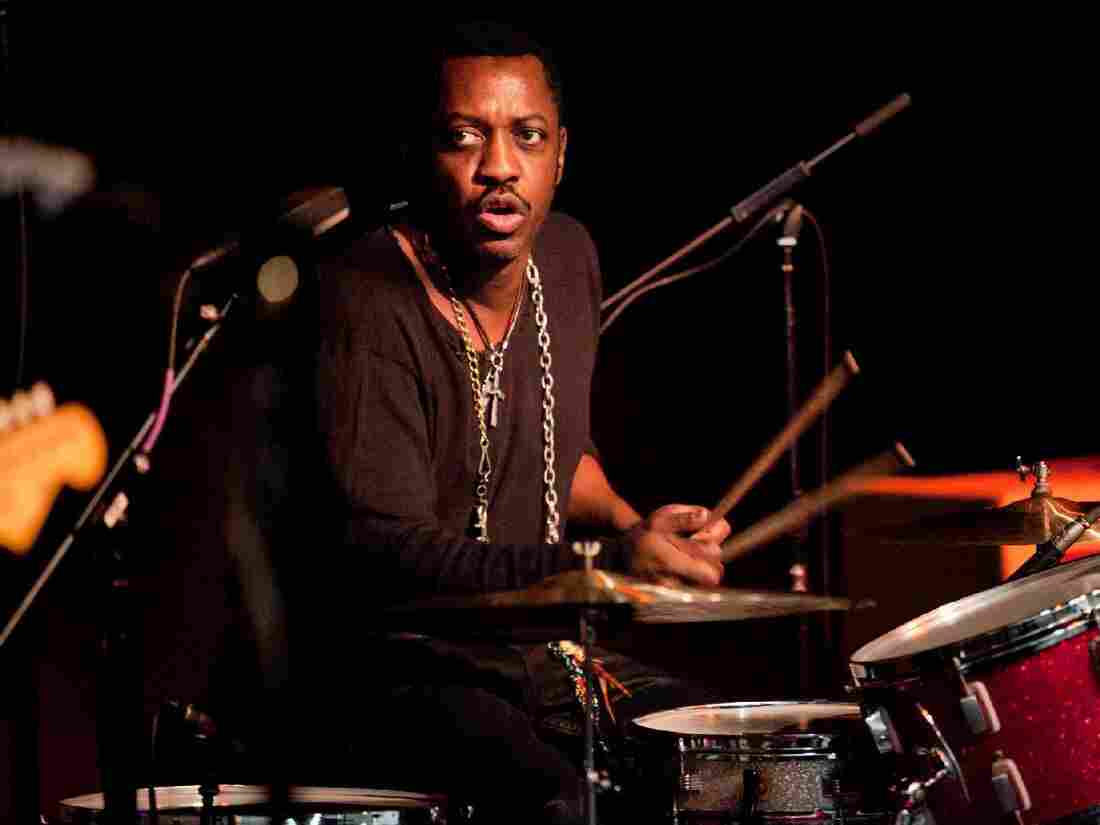 In last week's Drum Fill Friday I included one of my favorite drummers, Steve Jordan. (I won't say which song he was on in case you haven't taken the quiz yet.) I was first introduced to Jordan through his work with The Blues Brothers in the late '70s and early '80s, but his list of album credits is much longer. Over the past 40 years he's worked as a sideman and session artist for everyone from Cat Stevens and Bob Dylan to Bruce Springsteen, Alicia Keys and Kelly Clarkson. His latest project is with The Verbs and their new album Cover Story.

For this week's puzzler, Jordan went entirely with signature drum intros, the moments that kicked off some of his favorite songs. Good luck, careful listeners!