Accessibility links
All Songs At 15: Björk Plays DJ : All Songs Considered For this week's Throwback Thursday we remember a 2009 conversation with Björk. The singer talked about her then new album Voltaic and shared some of her favorite songs by other artists.

All Songs At 15: Björk Plays DJ

Every Thursday this year we're celebrating All Songs Considered's 15th birthday with personal memories and highlights from the show's decade and a half online and on the air. If you have a story about the show you'd like to share, drop us an email: allsongs@npr.org. 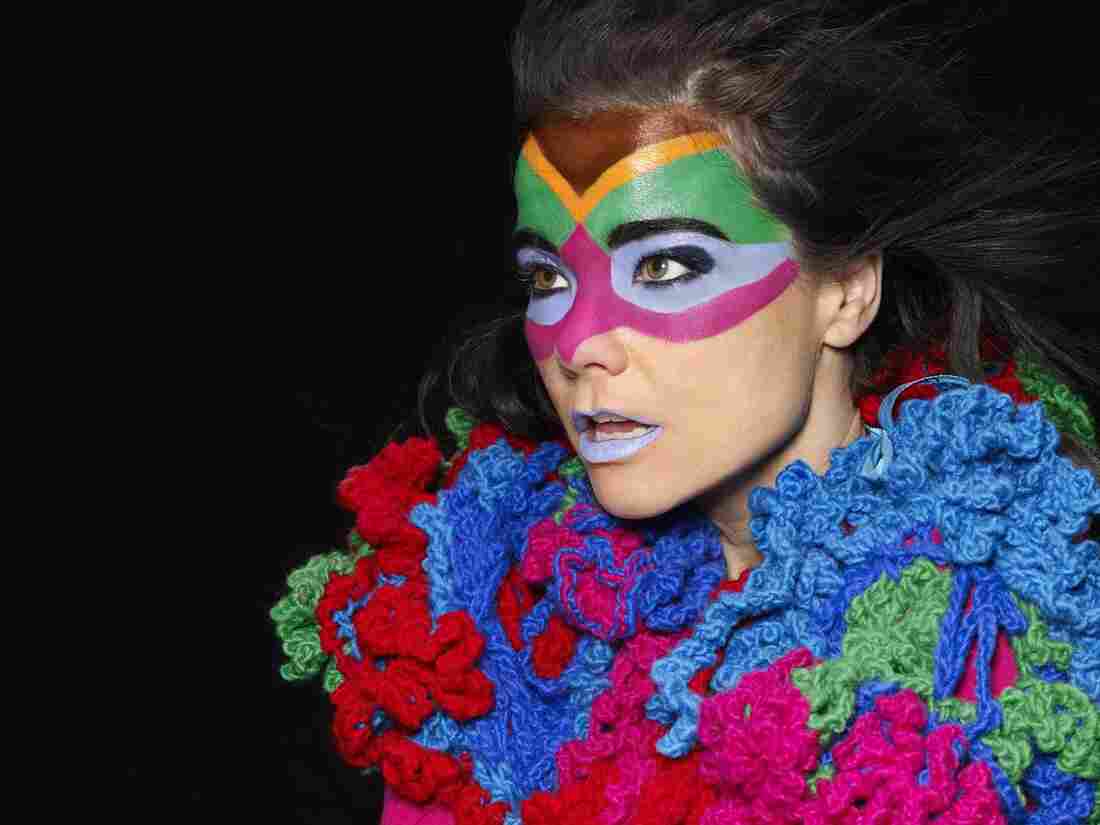 Back in the early summer of 2009, Björk released a sprawling box set of music called Voltaïc. It was a surprising retrospective of her work up to that point in part because it included live-to-tape recordings of songs from her previous albums Medulla, Homogenic, Post, Vespertine and Volta. The recordings were made especially for the Voltaïc collection. And five different versions of the box set were available that included a mix of other live recordings, concert footage, remixes and music videos. With the recent opening of MOMA's Björk retrospective in New York, we thought it was a good opportunity to revisit another career-spanning conversation she had with us.

Shortly after Voltaïc's release, Björk sat down for a memorable talk with All Songs Considered host Bob Boilen about her music, and to share songs by some of the artists who've inspired her over the years, including Syrian musician Omar Souleyman, the post punk duo Eyeless in Gaza, and fellow Icelandic singer Ólöf Arnalds. Björk was speaking from Iceland; Bob was at NPR in Washington, D.C.

You can hear the original interview with Björk with the link above. You can also check her full guest DJ playlist on our original 2009 post.