Accessibility links
Lower Dens' Jana Hunter Explains 'Escape From Evil,' Track By Track : All Songs Considered The singer-songwriter pulls back the curtain on her band's beautiful-but-mysterious new album, Escape From Evil. "All of these songs are based in personal experience," she writes. 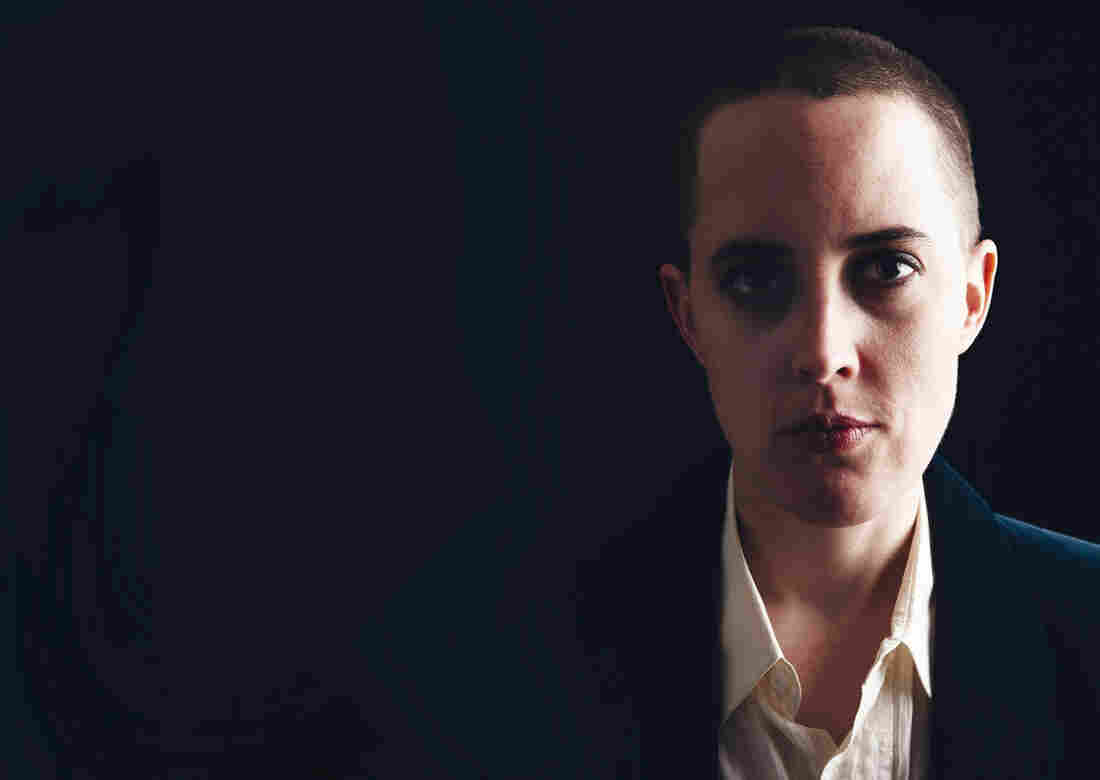 Lower Dens singer and songwriter Jana Hunter writes that her band's new album, Escape From Evil, is typified by "warmth and physicality." Frank Hamilton/Courtesy of the artist hide caption 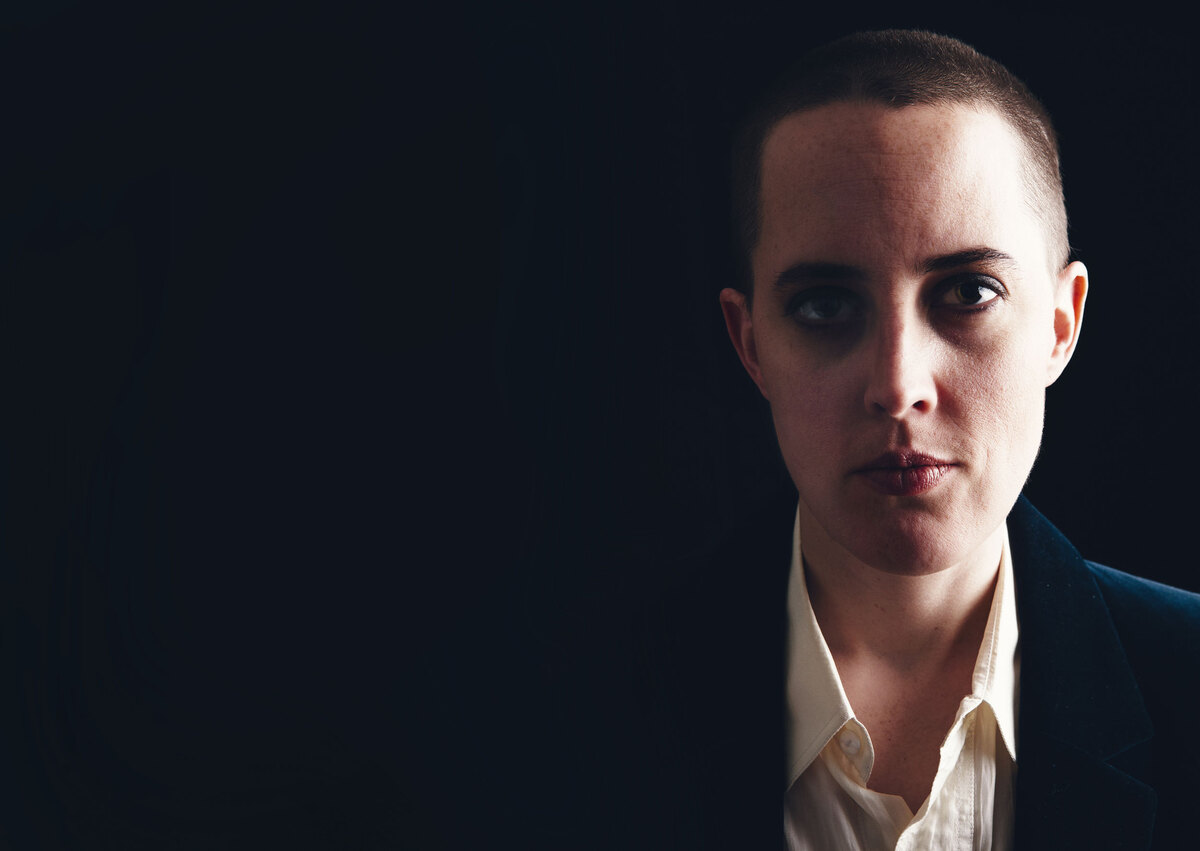 Lower Dens singer and songwriter Jana Hunter writes that her band's new album, Escape From Evil, is typified by "warmth and physicality."

There's something mysterious, almost opaque, about the songs of Lower Dens. The ones on the band's new album, Escape From Evil, are lush but distant, beautiful things held just out of reach. As Jason Heller writes in his First Listen review, "For an album so sculpted and precise, trying to pin down its emotional core is like trying to catch quicksilver." Escape From Evil's synth-driven beauty makes it impossible not to try, though, so we went directly to the source. We asked the band's songwriter and lead singer Jana Hunter to write a little bit about the songs on her new album. Below, Hunter pulls back the curtain on the album, one track at a time.

1. Sucker's Shangri-La
"I'm singing to a friend about their struggle with addiction, both singing to them and for them. The writhing is withdrawal. The vacillation is between health and sobriety and community on the one side and the familiar comfort and self-destruction inherent in substance addiction on the other. In the beginning of a person's relationship with a substance, it does appear as a kind of Shangri-La. In the later stages, any addict knows they've been suckered. This could be about a destructive relationship, too."

2. Ondine
"I like the interpretation that I'm admitting to and begging forgiveness for having betrayed a lover, but for me this is the offer of an extension of safety and protection to a person who's in a bad relationship either with family or a domineering lover. 'I know you're suffering now, but if you can wait until we get a window, I'll steal you away from this place and bring you to a better one.' This was the first song the band finished from the record, and it set a tone for the kind of warmth and physicality we decided to bring to the rest of the music."

3. To Die in L.A.
"Somebody doesn't have to be your steady to break your heart. There's almost a type of person I've been drawn to in my life — reckless, charming, beautiful in their way — and I've been that person, too. This kind of person seems to be almost impossibly alive. You can't help but love them, even when they screw you. Part of loving them is recognizing that the world we live in will eat them alive. Sometimes these people live and die on the screen for all of to us love and for all of us to mourn."

4. Quo Vadis
"This narrator is straight up saying, 'I can't be counted on.' They're in love, but they know that love and betrayal aren't mutually exclusive. This person is both a narcissist and a realist. Time is a hook on a line; we get trapped in the past and in the present. Everything is special and nothing is special — it's a drop in the ocean and it's one in a million. All of these songs are based in personal experience, and in the one I based this on, I was definitely the narcissist. Maybe I wasn't this awful, but then again, maybe I was and this is my cowardly way of admitting it."

5. Your Heart Still Beating
"In a short span of months, several people passed away before their time. I was very close with none of them, but in each case, close to someone they'd known. I know how consuming that grief is, and how purposeless it feels, how emotions wash over you one after another and all you can do at all is let them come, and trust your friends and loved ones telling you that though it'll never stop hurting, eventually it will hurt less. This song came out of the desire to comfort those people in a way I know isn't really possible."

6. Electric Current
"I have in a note about this song that it's about 'the exquisite and sometimes tenuous connections of the multiply disenfranchised.' The love between them is simultaneously very passionate and under constant threat as a result of their lives being perceived as threats to the status quo. Again, this could be about a romantic relationship but that isn't how I see it. I feel the person singing here is a bit of an asshole, if a charming, swaggering one, but only because that's who they've become in order to defend themselves: gold-encrusted, silver-tongued, electric current personified."

7. I Am the Earth
"When we wrote the first version, I'd wanted to write the first half as an apology that transitioned from something honest to something passive-aggressive and then finally to something aggressive and entirely unapologetic. Months later, working on a lyric for the final version, the idea of trying to embody that character and that stance was stressful, even repulsive. I imagined myself as isolated as possible, as a planet unto myself floating in space, and the inescapable amassed things from my life as just debris that had gathered around me due to natural forces. It's essentially a very emotional letting-go of guilt."

8. Non Grata
"'Baby, let's float up to heaven' is a very dark joke about a suicide pact. I've dealt with depression all my life, and joking about it is a way for me to feel like I have power over it. I'm addressing a friend who I know to be the same way. I was thinking about the ridiculous, bold lyrics Thomas Pynchon wrote for his novels, using that to over-amplify and dress up lyrics that are essentially a letter from me to my friend telling him that I understand and I love him and fuck everybody else."

9. Company
"Like most of the songs on the record, when we started writing this, the music came long before the lyrics. Surprisingly though, the lyrics for this came very quickly. I was trying to capture as best I could the rabid feeling of being trapped in a social gathering where every smile is a bald-faced lie, where you wouldn't be surprised if everybody tore their masks off to reveal their lizard faces underneath. Maybe it's just me but I often feel like our efforts at pretense have completely supplanted human connection in all but a few places in our lives, and in times when I don't have access to those sacred places, I quickly start to feel insane."

10. Société Anonyme
"Two books I read in the not-too-distant past (Infinite Jest and Within the Context of No-Context) both deal in a beautiful and devastating way with how television and entertainment have perverted human connection. I feel like art can be an anti-dote to that, but the best anti-dote is human connection, which again can be hard to find. The solution is my opinion is to bring human connection and the lifting of the veil to the people you love and also, if you have it in you, everyone you can reach."