Accessibility links
Viking's Choice: Tau Cross, 'Fire In The Sky' : All Songs Considered After the brief reunion of the English crust-punk band Amebix ended in 2012, Rob Miller continued and evolved its lush metallic sound. Now comes a track that wants to open a portal between worlds. 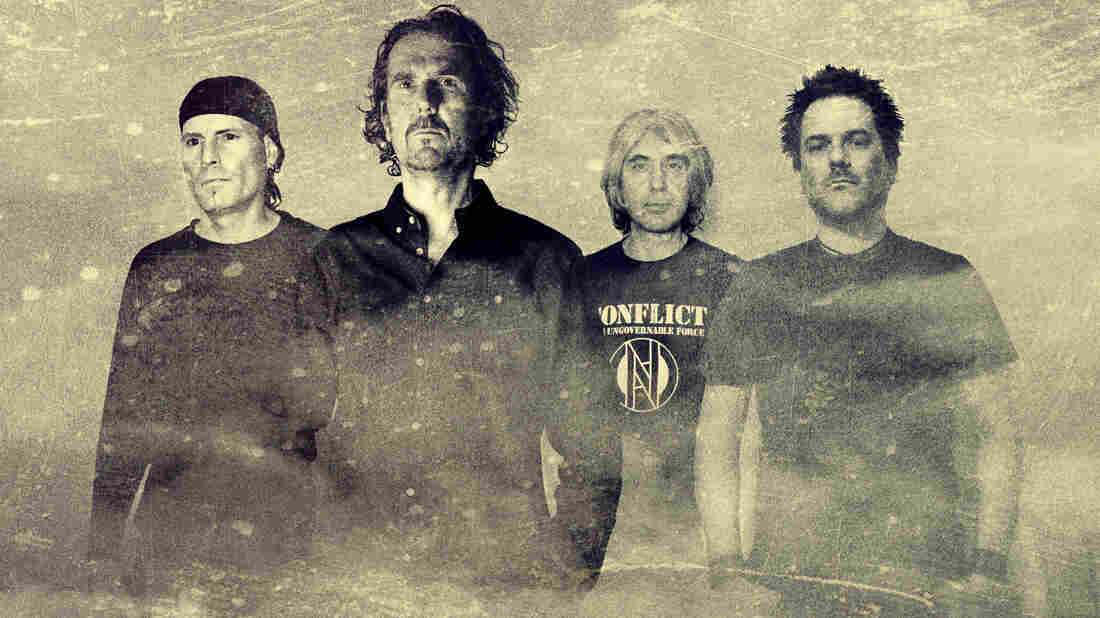 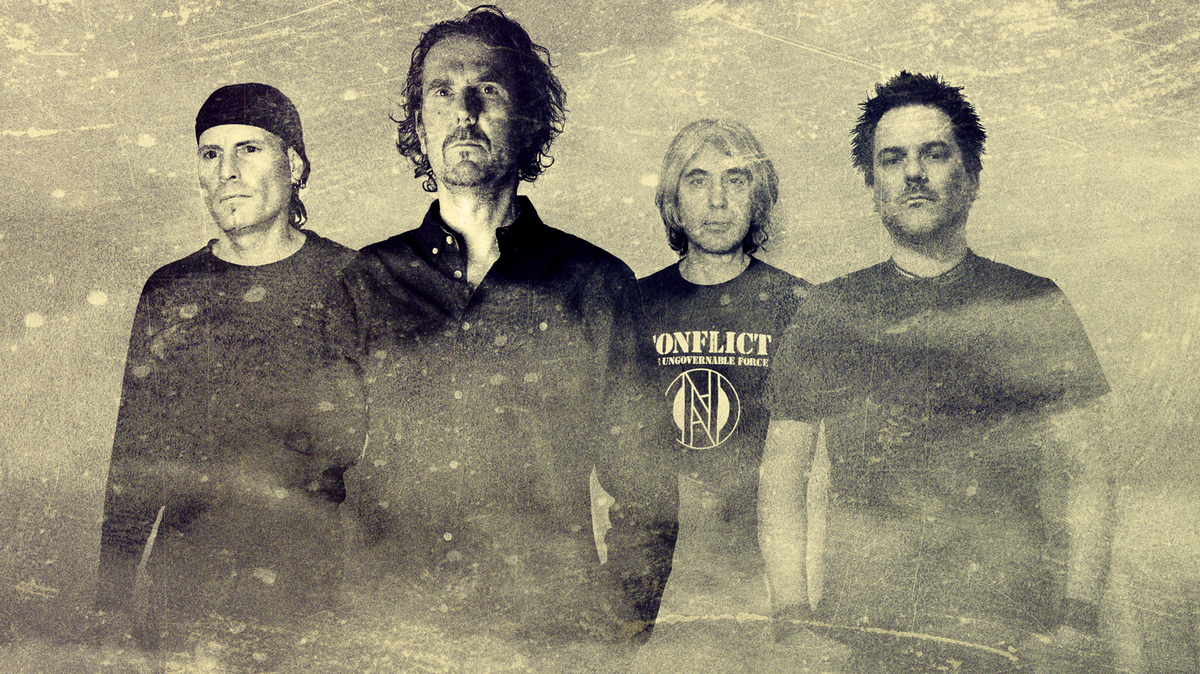 When Amebix returned after two decades with 2011's Sonic Mass, it was an adventurous take on the crust-punk legacy the English band had left behind. Unfortunately, it was the only album to come out of the reunion, but that lush, brooding, melodic sound continues and evolves with Tau Cross, bassist/vocalist Rob Miller's new band featuring members of Voivod, Misery and War//Plague. Case in point, here's "Fire In The Sky" from Tau Cross' self-titled debut.

Amebix is in Miller's blood, no doubt, so that rumbling bass crunch is familiar and welcome — as is a raspy howl that's aged beautifully. But check that B3 organ lead, the Black Sabbath-nodding doom riff, the arena-sized windup before the blast-beat-smoldering chorus — it all lays the groundwork for a thundering track about opening the portals between worlds. Miller writes:

The song came about after some investigation into the life of Jack Parsons, one of the founders of JPL or Jet Propulsion Laboratories in L.A. As well as being directly responsible for the propulsion that put man (allegedly) on the moon, Parsons was also a practicing occultist, working alongside his sidekick, one L. Ron Hubbard (later the founder of Scientology), in performing Magikal rituals.

One of these rituals was concerned with the generation of Babalon, a continuation of the Alamantra works practiced by Crowley back in 1918, to open portals between this world and those parallel. Crowley and Parsons were correspondents, although Crowley was firmly set against Hubbard and Jack Parsons meddling in this territory, and voiced his concerns.

The outcome of the working has been linked with the first "wave" of UFO sightings in 1947, the same year Crowley died. The song is a brief examination of the links between these two 20th-century practitioners and Dr. John Dee, court astrologer to Queen Elizabeth I, who also performed ritual magic as the channel for the Enochian language via his medium Edward Kelly (whom Crowley claimed as one of his own previous incarnations). Their work together produced visitations from beings that appeared within "a fiery cloude." This, in turn, leads back to the well-known references to UFO phenomena in the Bible, particularly the vision of Ezekiel.

There has been an emphasis on the extraterrestrial nature of the phenomena since the Mount Rainier sightings of 1947, despite a complete lack of any tangible evidence to support the theory. My own inclination leans far more toward the views of people like Jacques Vallee and John Keel, with the introduction of the idea of an "Ultra Terrestrial Hypothesis," which has been the working ground of occultists throughout the ages. The visitors are neither benign nor that distant.

Tau Cross comes out May 19 on Relapse.