Accessibility links
All Songs At 15: From 2008, Songs Of Hope And Change : All Songs Considered For this week's Throw Back Thursday we remember the music artists were inspired to write after President Obama was first elected.

Kat Edmonson: Be The Change

Every Thursday this year we're celebrating All Songs Considered's 15th birthday with personal memories and highlights from the show's decade and a half online and on the air. If you have a story about the show you'd like to share, drop us an email: allsongs@npr.org. 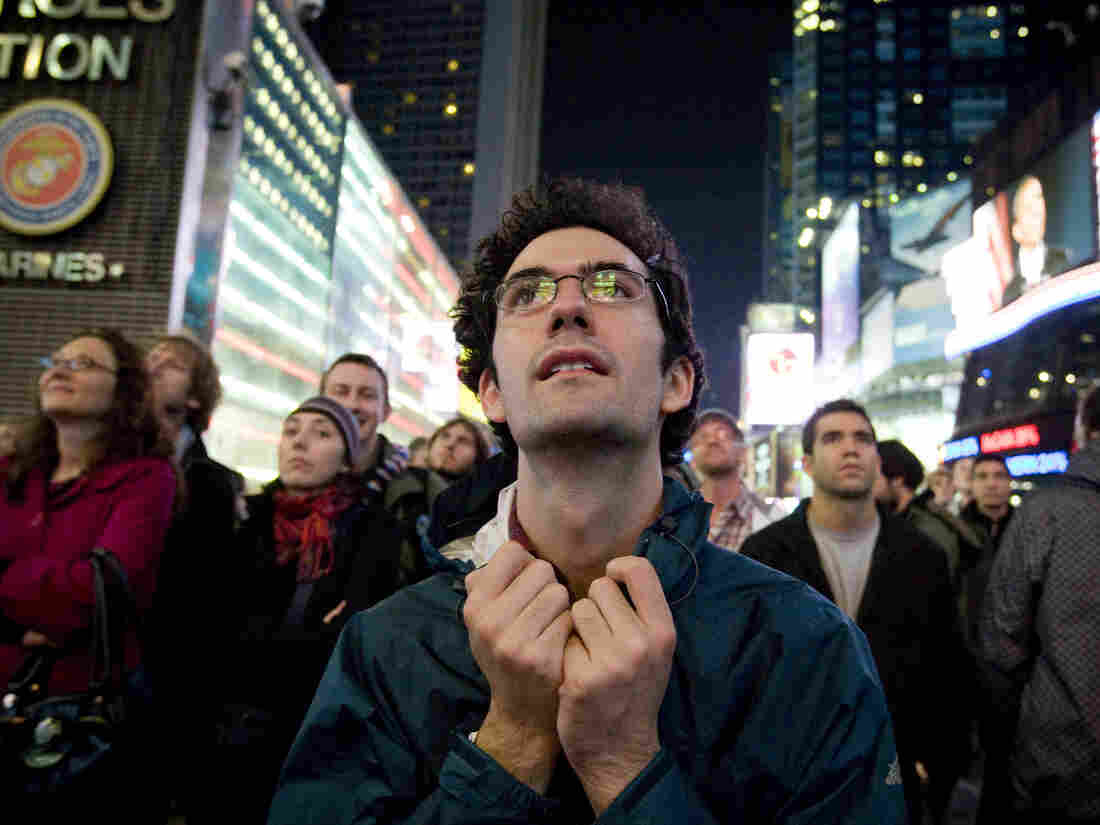 If you spend any amount of time listening to or watching the news, there's a good chance you're already sick of hearing from the politicians who've announced they're running for a presidential race two years away. But all the blibber blabber got us thinking about the fall of 2008, after President Obama was first elected. We were in a horrible recession. But we knew some people were excited and hopeful about the possibility of change, so Bob and I invited musicians to write some original songs about the times and how they were feeling about the future.

Things have changed since then, if only in how we listen to music. At the time, we asked people to mail us CDs with their music. (Imagine!) Today, obviously, the vast majority of the music we hear now comes as a stream or download.

Anyway, we got a ton of submissions from both new and veteran songwriters. Bob whittled the list down to a few favorites, and we shared them in the podcast. These were the songs he felt "captured the spirit of America after our historic election." I've republished those songs from the original post in the list below.

So before the current presidential race gets too out-of-control, pause for a moment, take a deep breath, and let these songs take you back to seven years ago, and try to remember what your life was like then.

Kat Edmonson: Be The Change

Kat Edmonson: "Be The Change"

Now a well-established singer-songwriter, Kat Edmonson was largely unknown and had not yet released her debut, Take To The Sky, when she shared this super-catchy track with us.

Peter Ford: What Our Future Holds

Peter Ford: "What Our Future Holds"

This song "was a breakthrough for me," Ford told us by email. "I have never written anything quite like it or held myself to a deadline like that. The lyric, 'Our dreams are our children,' came from a dream of an inscrutable conversation with a wise friend in a dark cave. At the end of the conversation, I realized the walls were lined with geodes. I broke one free and cradled it in my hand. My friend was counseling about nurturing my future children or something not quite clear, but upon waking, I had the insight that these were not literal human offspring, but all of the seeds of potential and gifts I had within me, and I had to nurture them."

Before Obama was elected, Bob received a "lavishly packed CD of original songs about our first 43 presidents called Of Great and Mortal Men." The three-CD set ended with George W. Bush. After our call for submissions, songwriter Christian Kiefer added one more song to the mix.

Jon Black: If We Hang On (Uncle Sam's Song of Hope)

"I was feeding my musical appetite with Pete Seeger when I wrote this song," Jon Black told us via email. "It's amazing to hear recordings of Seeger's concerts, and how it quickly turns from a guy with a guitar to an auditorium singing songs of hope and freedom. We are drawn to hope, and people want to sing harmony in a song of hope."

"The verses are inspired by the peaceful feeling I've had about things since Obama was elected," songwriter Rachel Griffin told us via email. "Even though times are so hard. Yes, I can't pay my bills, but I have a president who inspires me. He inspires me to tirelessly use the gifts and talents I possess for the greater good. He also reminds me that it is not material success or possessions that are what make an individual or country great. Taking care of others and respecting and valuing each other as human beings is where greatness lies."