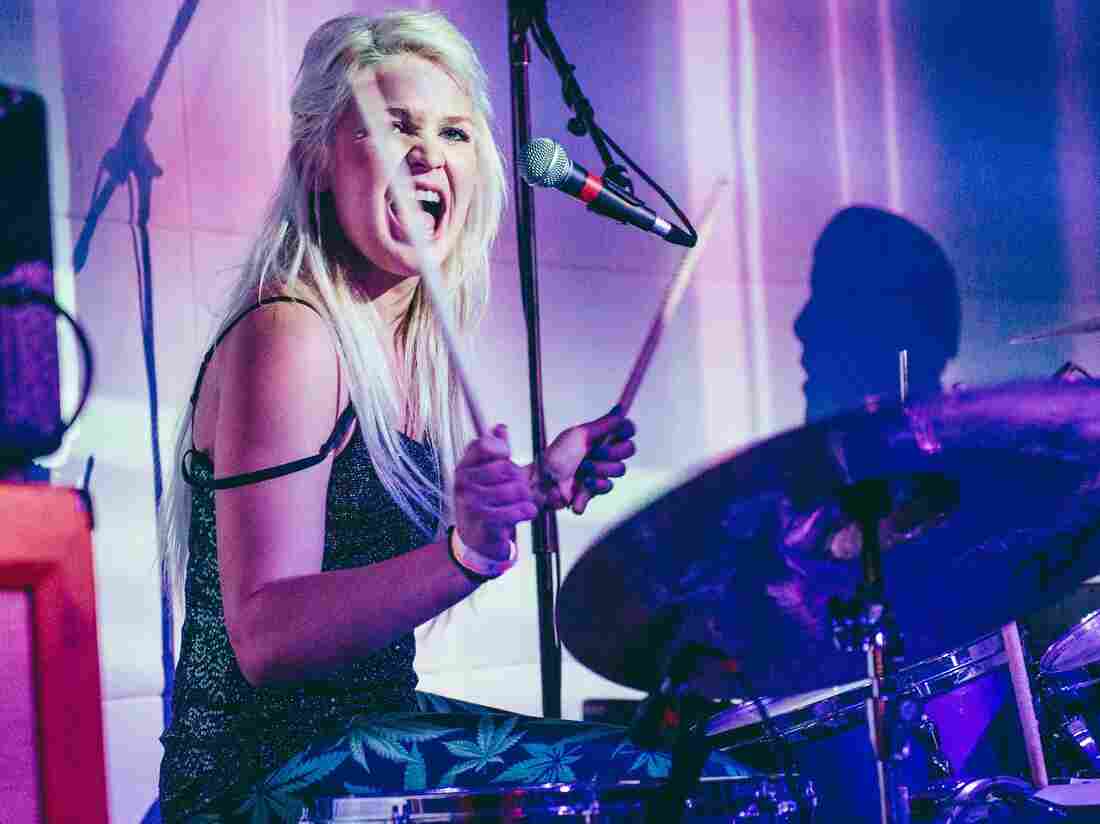 This week's Drum Fill Friday comes from Guest Quizmaster Hanna Brewer, drummer for the Texas party-rock group Purple. The group is known for its rowdy live shows and healthy sense of humor, and is currently on tour for its debut album, (409).

Brewer, who also sings for Purple, shared a range of her own influences for this week's puzzler, from hip-hop to reggae, rock and pop. I'd give it three drum sticks out of five for difficulty. As always, good luck, careful listeners!