Accessibility links
Song Premiere: DRINKS, 'Hermits on Holiday' : All Songs Considered DRINKS combines the formidable talents of Cate Le Bon and White Fence. This song, "Hermits on Holiday" is the title track to the first album from this exciting new project. 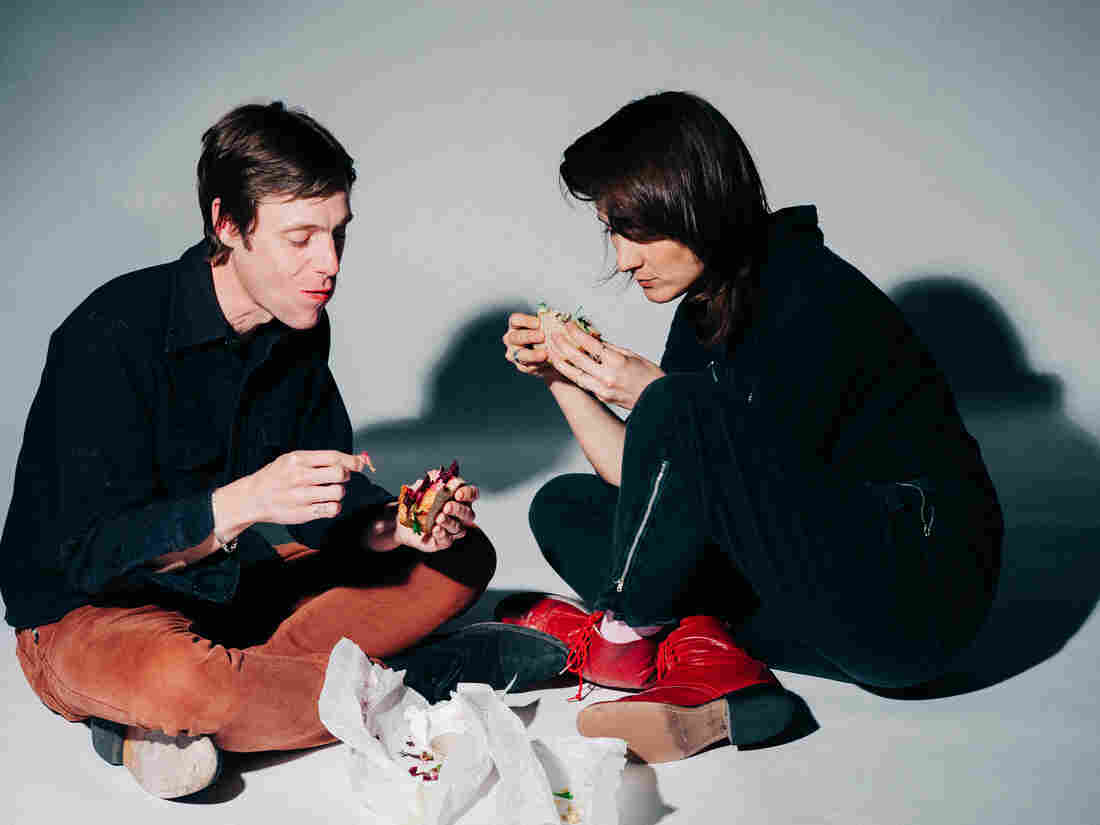 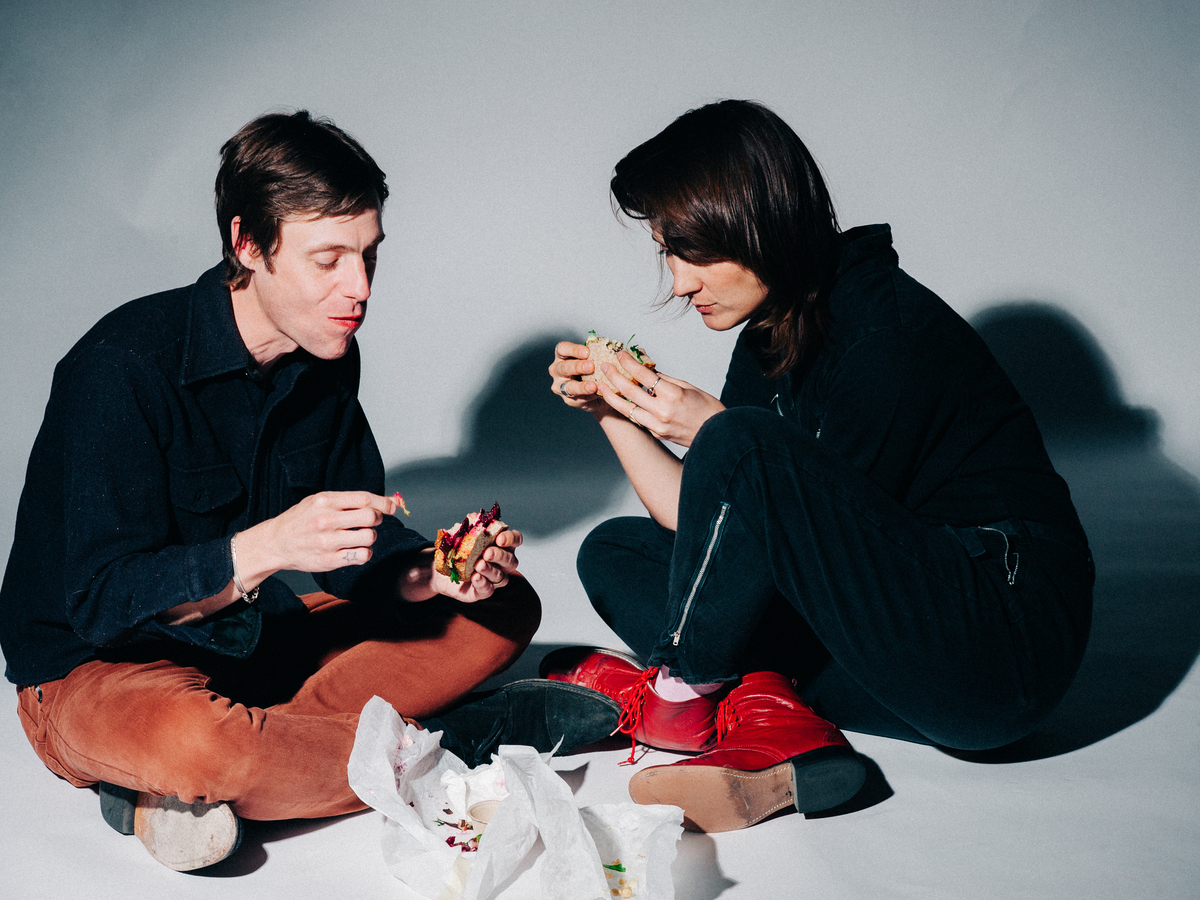 DRINKS is a collaboration between Cate Le Bon (right) and Tim Presley.

Cate Le Bon wrote some of my favorite words of 2013 on her album Mug Museum. White Fence is the swirly psych-like music of Tim Presley. Cate and Tim are friends — Cate played guitar on a tour with White Fence — and so now there's this: DRINKS.

DRINKS has an album coming August 21 and this is the title track, called "Hermits on Holiday." The percussion is a machine at the start, the guitar distinctly Cate, as is that thickly Welsh voice. Tim plays bass on this song, though he told me on the phone that they swap instruments a lot on the album. When that bass kicks in, so does White Fence drummer Nick Murray and the song's lockstep rhythm loosens up, as if it's had a drink. The easy joy and silliness here make me look forward to hearing the full album, Hermits on Holiday. 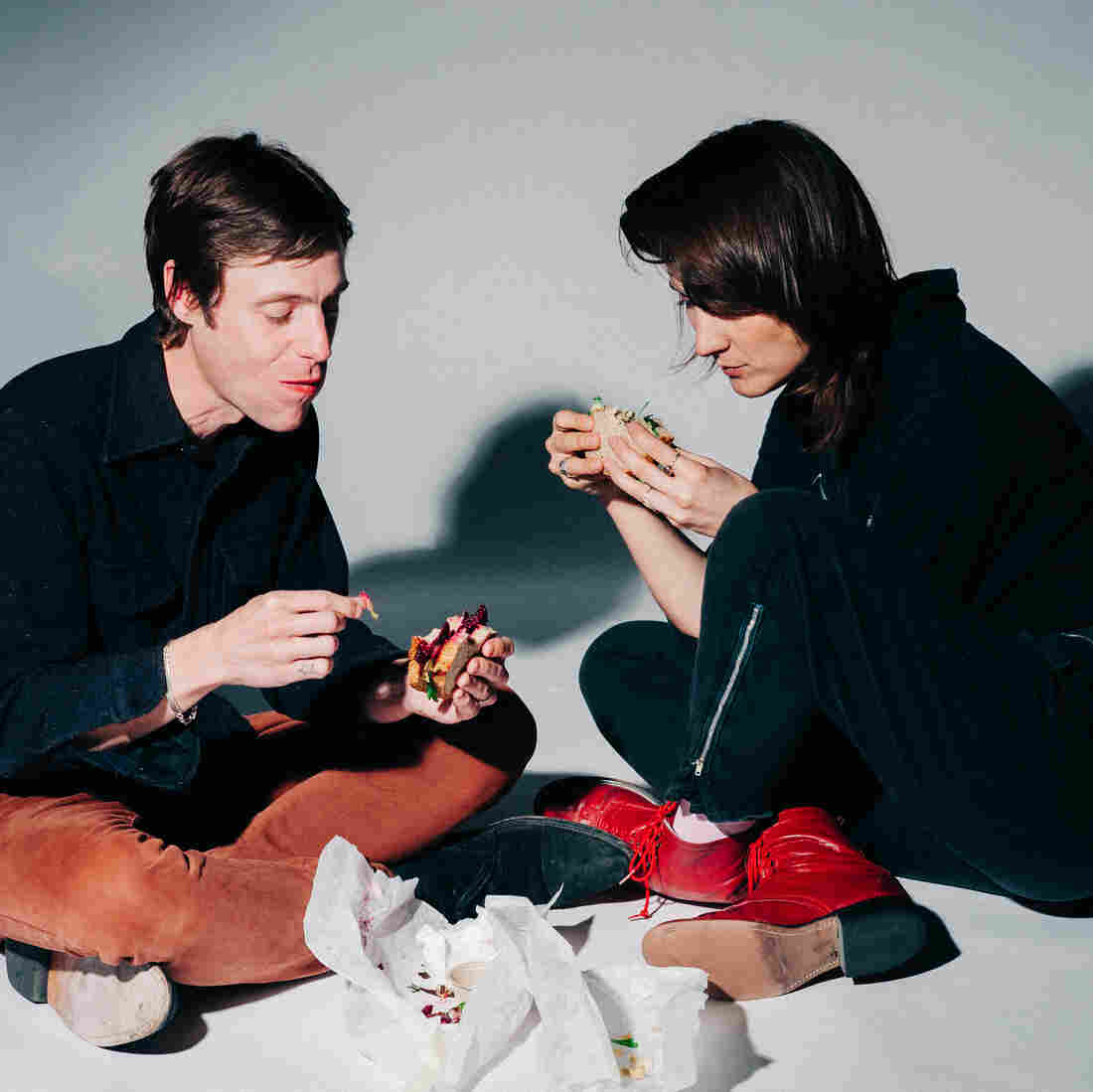 DRINKS is a collaboration between Cate Le Bon (right) and Tim Presley.