Accessibility links
Sharon Van Etten Explains The Heartbreak Behind Her New EP, Track By Track : All Songs Considered The subject of Van Etten's new EP, I Don't Want To Let You Down, is the same doomed relationship she detailed on her devastating album, Are We There. Here, she explains the story behind the songs.

Sharon Van Etten Explains The Heartbreak Behind Her New EP, Track By Track

Sharon Van Etten Explains The Heartbreak Behind Her New EP, Track By Track 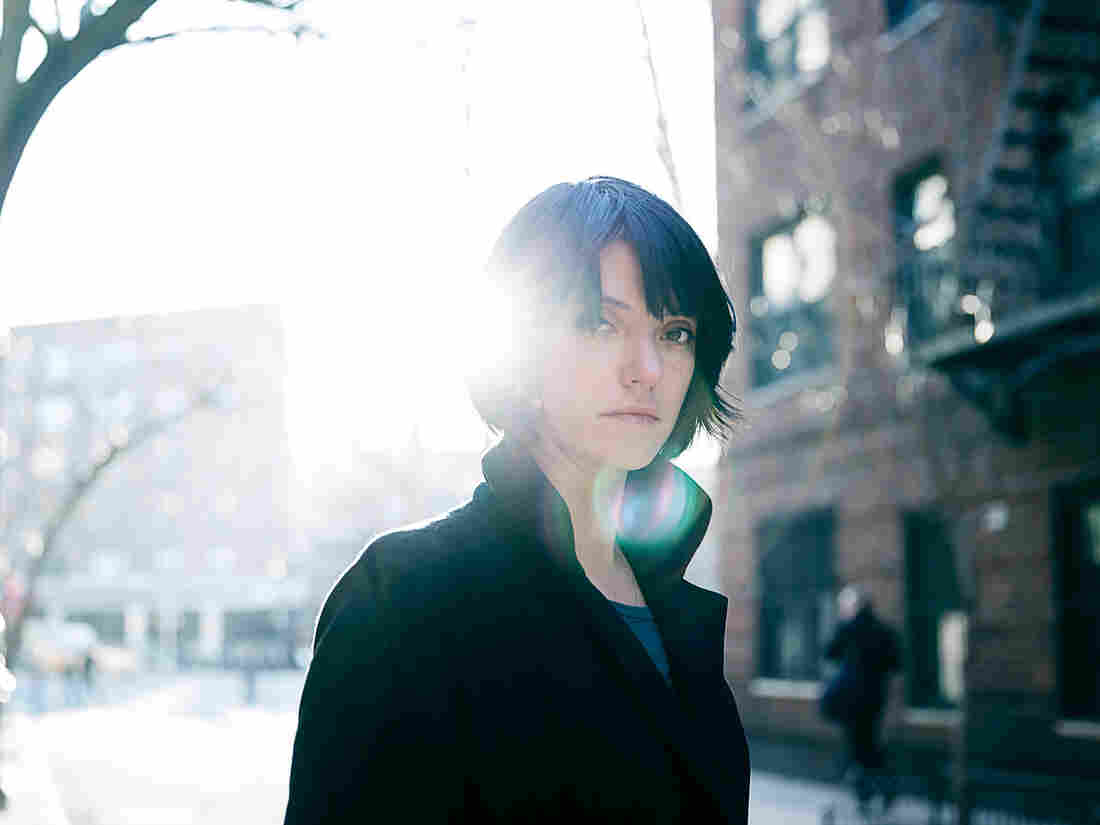 Sharon Van Etten's new EP, I Don't Want To Let You Down, is due out June 9 on Jagjaguwar. Laura Crosta hide caption

Sharon Van Etten's 2014 album, Are We There, was one of the more focused, devastating recordings of the year, an unflinching set of songs that trace the contours of a doomed relationship. The album doesn't spare either party — Van Etten is as critical of her own decisions as she is damning of her lover's minor cruelties and missteps. It's an uncut catharsis machine, and listening to it can wring you out.

Amazingly, there's more where Are We There came from. Van Etten's new EP, out June 9, is called I Don't Want To Let You Down, and it covers some of the same musical and lyrical ground as the album. We're happy to share not only the music — you can listen to all five of the EP's songs below — but also a behind-the-scenes peek into the story behind the EP and the album, in Van Etten's own words. As she tells it, the growth of her musical career itself was the catalyst for the end of the relationship.

Van Etten's way with a melody, and her remarkable voice, can make these stories seem epic, almost mythical. But they all center on the kind of tough, essential, everyday dilemmas that are the heart of living a satisfying life, the same ones that break your heart the hardest.

1. I Don't Want To Let You Down
"I knew that the choices that I'd made in deciding to pursue music full time, I knew that it was going to be a struggle in my real life. And I still wanted to make — whether it be my family or friends or in my personal relationship — I wanted people to be proud of me and know that I still felt like I was doing what I needed to do. And loving [them] as much as I can, but knowing that I was letting somebody down in the process. It was somebody that I was with off and on for ten years and someone that supported me from the very beginning. And our relationship in my New York, adult life developed over time. And it's really intense how things can grow from a place of support to when you get to a place where the reasons they were supporting you overtake your life a little bit. And you have to put your relationship on hold to pursue that. It's someone I still care about but don't speak with any more. It was a hard decision to make, but I had to pursue music. In the end it turned into a choice between the two. And it's not just me making a sacrifice, it's me hurting someone. I have to acknowledge the pain the other person has been going through."

2. Just Like Blood
"I'm not very good at communicating my emotions. And usually it's when I'm really sad and or in a dark place, and this song was when I was pretty angry. Sometimes in those situations I feel like I go into a victim role and completely shut down. I'm not aware of my surroundings and I can't connect with people. And it feels really intense and I'm not able to talk about it. And I have to retreat and write and record and listen back to it. It's all part of how I write anyway. But it was one of those times where I was having a fight about going on tour versus being at home and deciding to take the tour. It was the Nick Cave tour I decided to take instead of being home after I had promised to be home for a while. We were just fighting a lot around that time. And for something I was really passionate about and someone he even admired, I had a really hard time understanding why it was a battle all the time. I'm not an angry person and I don't like fighting. I like being able to have a conversation when both parties are open to it. When somebody is really shut down and not really listening and set in their ways, it's obviously something they're going through that you can't connect with them. So it was really frustrating. He definitely knew how to push my buttons and every now and then I had a moment I wasn't proud of for sure."

3. I Always Fall Apart
"I think it's a half-joke. I actually wrote this one about Ben Goldberg and Ba Da Bing Records and missing the old times, and acknowledging how he took me under his wing. And because of that how I haven't even been home. Things are growing and it's been really overwhelming. He tried to nurture me and look out for me and all of a sudden I'm gone. I don't see him anymore and I miss him! So when I say, 'Where have you been?,' it's a half-joke. I try to say it like 'Ben,' like 'Where have you, Ben?'" [Note: Ba Da Bing Records is a Brooklyn-based label founded by Ben Goldberg, who employed Van Etten as a publicist from 2007 to 2010, when Ba Da Bing released her album Epic. Van Etten is now on Jagjaguwar.)

4. Pay My Debts
"This was just kind of a freak song. I had just started learning how to do digital drums in Garage Band. The demo version is a little bit different, but as soon as I added the electronic drums it sounded like Peter Gabriel. So I kind of set it aside. It just wasn't fitting with everything else we were working on.

"The lyrics have changed in the year or two I worked on it. It started off where, with [the 2012 album] Tramp, I literally was able to pay off all my debts, and was able to get my first apartment in a while and my first place on my own. So it's one of the first songs I wrote when I got my own apartment. But in that process, also [I was] returning home, reconnecting with people from home who seemed to resent you for being gone. And that time travel that seems to take place when you go on tour and you're gone for six months and you come back home and you're excited to see everybody. But every now and then there's a friend of yours you reconnect with and you realize life goes on without you. There are some people where you can't just go and pick back up with them. A lot happens when you're gone. So in that way, the debts you have to pay by coming back and catching up and reconnecting and making that effort. I mean, that's an intense thing to come home to."

5. Tell Me [Live] (Previously only available on the Tramp demos)
"This is a song I've tried in different contexts and the only way it ever feels real to me is just as a straight-up band song. I tried a minimal version that just wasn't working. I love it as a song, it just never came together in the studio. But as I got to know my new band we started playing B-sides and outtakes at live shows to keep it fresh for us and for returning fans. I can't think of any other way to do this song now. Just the live energy of it, it just makes sense. It has this natural momentum that's hard to create in a studio environment.

"I wrote this toward the end of recording Tramp, so it did overlap with [the 2014 album Are We There?] some. It's still a love song and has that drawn out narrative I do. I wrote it during one of the 'off periods' with the person who Are We There is centered around. We were off and on for so long that it was one of those times where I really didn't understand, 'Are we in a relationship? Do you want this to happen? You're not communicating with me.' Because of my work I fall off the face of the earth for a while. But as a person he'd fall off the face of the earth for a while. But whenever we were together we had so much fun. I felt we both challenged each other. I just don't know why he could never be completely open with me. And I was frustrated as hell."