Accessibility links
Song Premiere: Ben Folds And yMusic, 'Capable Of Anything' : All Songs Considered Working with the classical sextet yMusic has helped open Ben Folds' songwriting to new possibilities. The pop pianist's new song is maybe his most lovable yet.

Song Premiere: Ben Folds And yMusic, 'Capable Of Anything'

Song Premiere: Ben Folds And yMusic, 'Capable Of Anything' 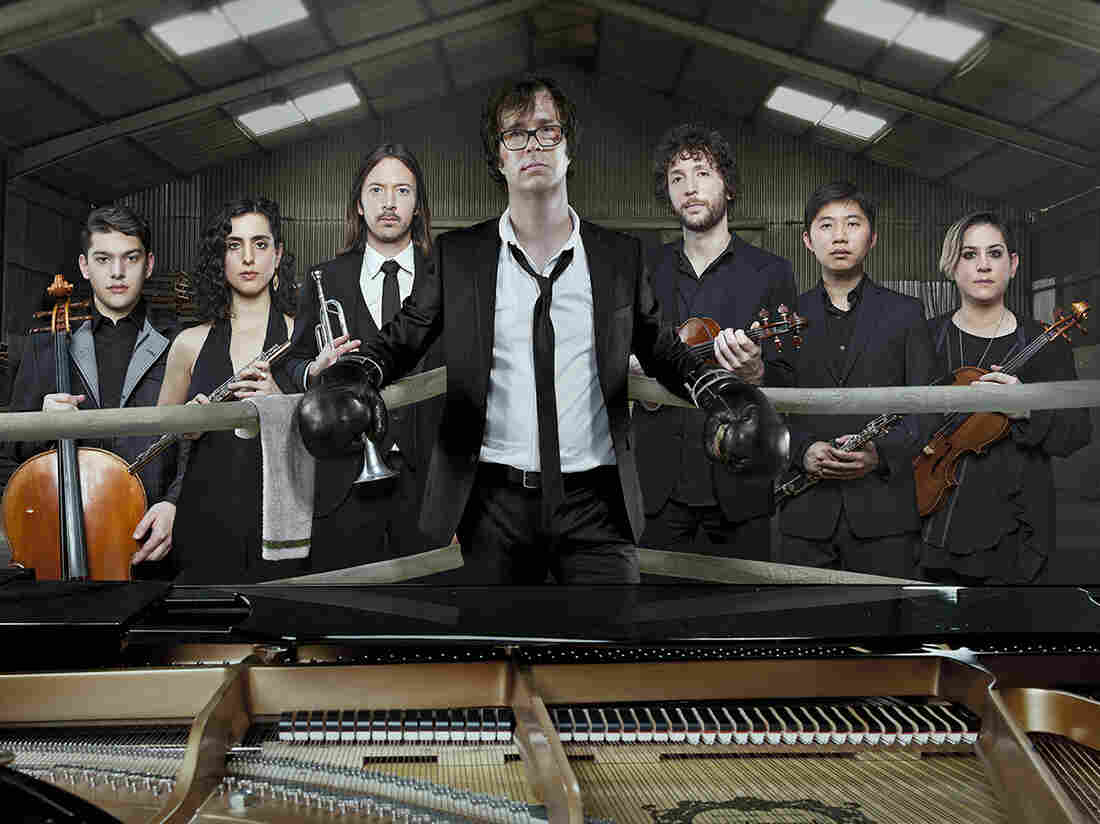 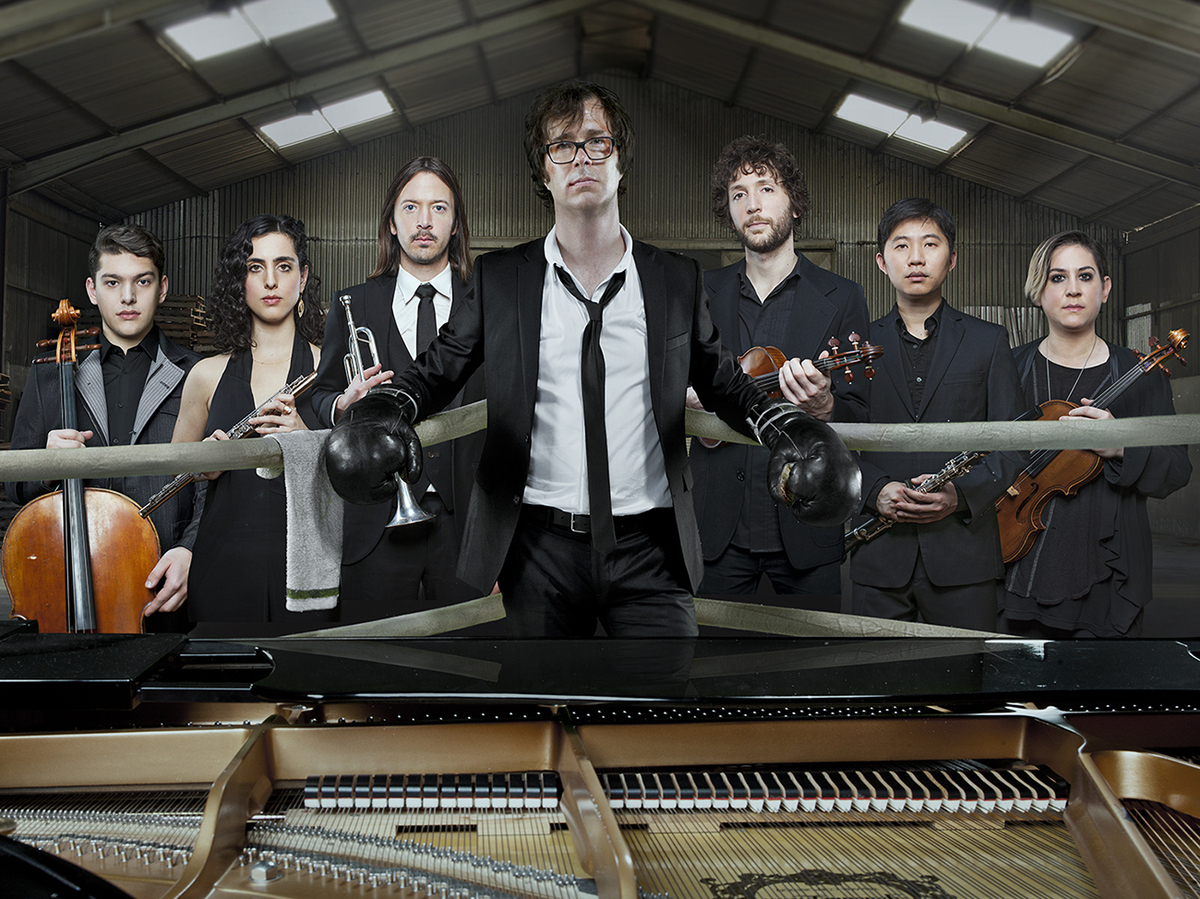 Ben Folds music has taken another turn, firmly embracing strings and chamber music yet still maintaining a passion for his love of pop. So There, his next album, will consist of eight chamber pop songs with the very talented yMusic Ensemble and one piano concerto performed with the Nashville Symphony. Today we premiere a little pocket symphony of sorts, a bit of pop perfection called "Capable of Anything." 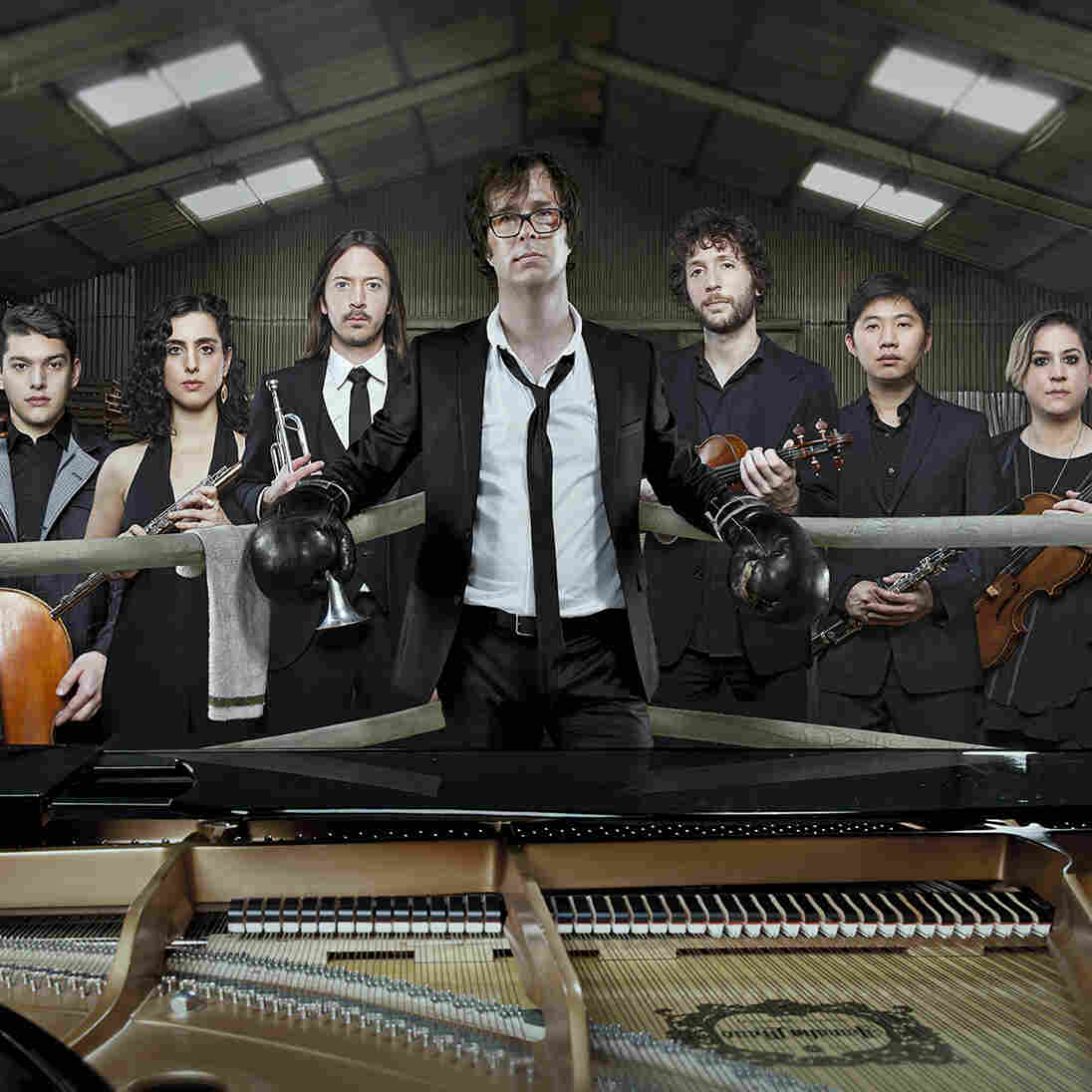 Ben told us via email, "I was looking for a way to frame the new songs I was writing to fit with the three movement piano and orchestra concerto I would feature. With "Capable of Anything," yMusic — a classical secret from NYC — and I cracked the code that would enable us to perform an upbeat pop song with no bass and classical instruments."

I find this to be the most lovable piece of music I've ever heard from Ben Folds, and he's recorded a lot of music in the past twenty years as a solo artist and with his band Ben Folds Five.

But "Capable of Anything" feels like a 5-Hour Energy drink on tightly wound strings — the arrangement is brilliant, with yMusic performing in deft ways where guitars and bass might fall into mediocrity and cliche. They also punctuate the snappy words. "This song is about how, if you're going to say that you are capable of anything, you need accept those things that you are capable of, of which you're not so proud," Ben Folds wrote. The song is mildly prophetic in the way he seems capable of so much more than I ever took him for.

Ben Folds is out on tour with yMusic now with plans for symphony dates in the fall. The album So There is out on September 11.