Accessibility links
Read The Overwhelming, Tragic Story Of Makeunder's 'Great Headless Blank' EP : All Songs Considered Hamilton Ulmer, the leader of the Oakland band, shares a track-by-track analysis of Makeunder's latest EP, which was inspired by a terrible year in the songwriter's life. 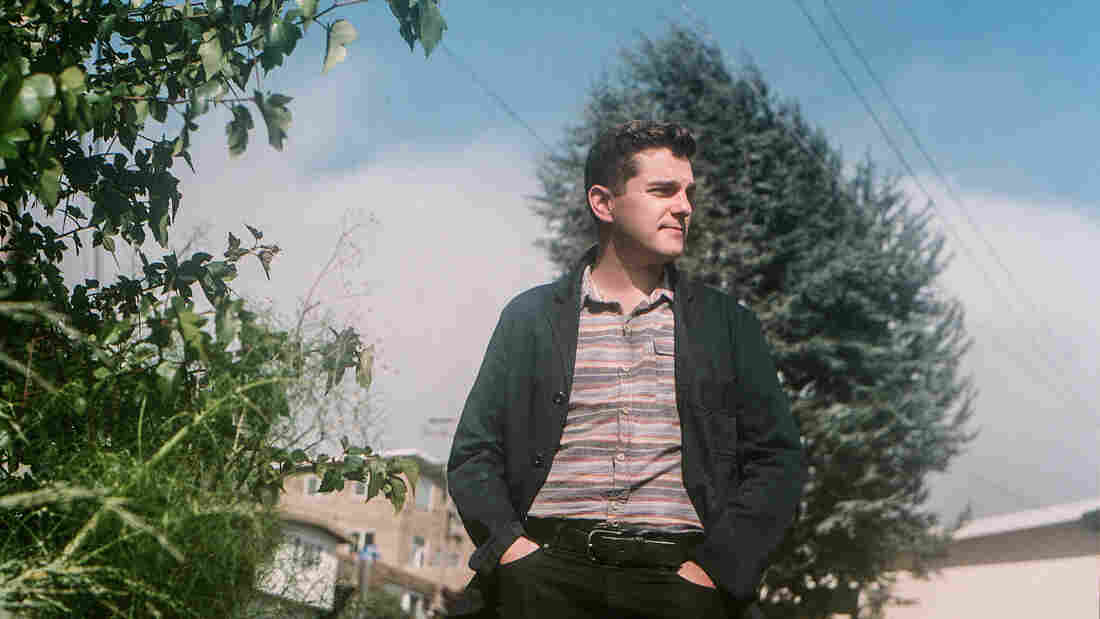 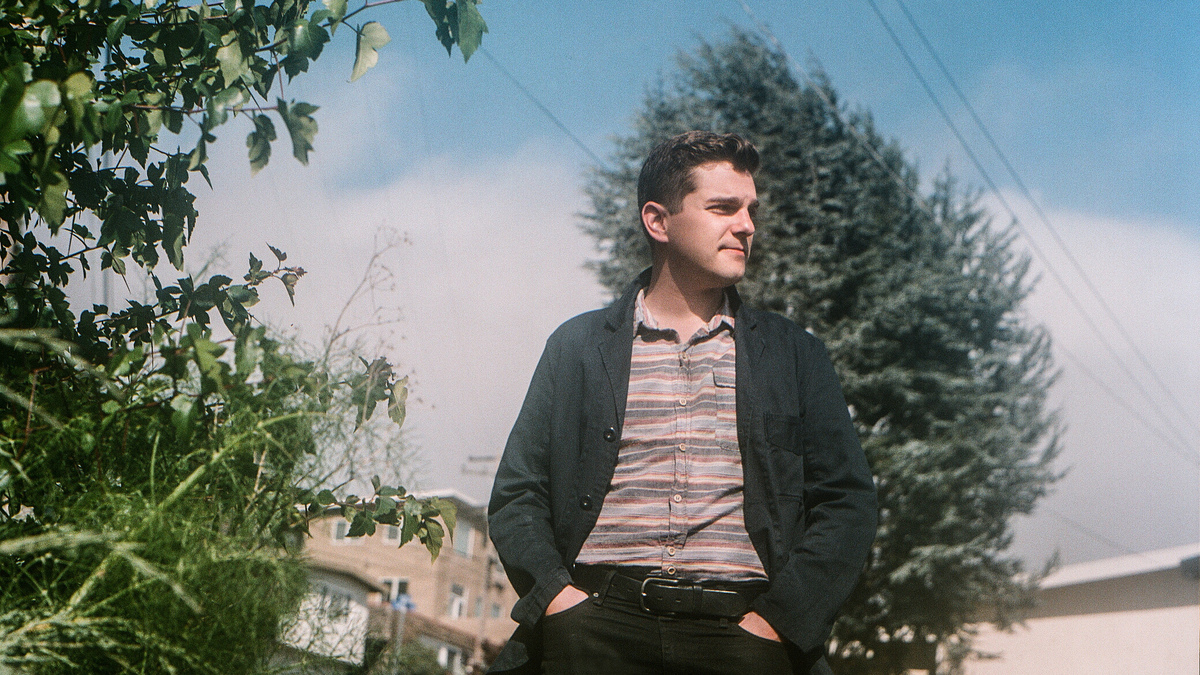 One of the most outstanding and challenging new bits of music I've heard this year comes from Makeunder, the project of Hamilton Ulmer, an Oakland-based musician with a penchant for exploration. "Great Headless Blank" was the inspired track we played on All Songs Considered back in April, now it's the title track to Makeunder's latest EP, which we are proudly premiering here, along with track-by-track thoughts from Hamilton Ulmer.

I'm a firm believer in falling for music on its own terms. I often listen to music not knowing who I'm listening to, since knowing often comes with personal bias. What I heard felt like it could have come from Dirty Projectors, only this got even weirder than that. "Great Headless Blank" is punctuated by sax and claps that glue the off-kilter soaring vocals like fingers holding onto a cliff. I sensed the song was about desperation and hope but honestly I was simply fascinated by a sound filled with choral harmonies and influences that could include Béla Bartók or Ornette Coleman or Talking Heads.

Well, Hamilton wrote to us to tell us the tale of this remarkable debut EP, and oh god, it's simply full of tragedy and reflection. Thankfully, it's not depressing; musically it's quite inspiring. So dig in. If you're like me, listen first and read Ulmer's words after. Whatever works. This is thoughtfully crafted music with a good soul at its heart. 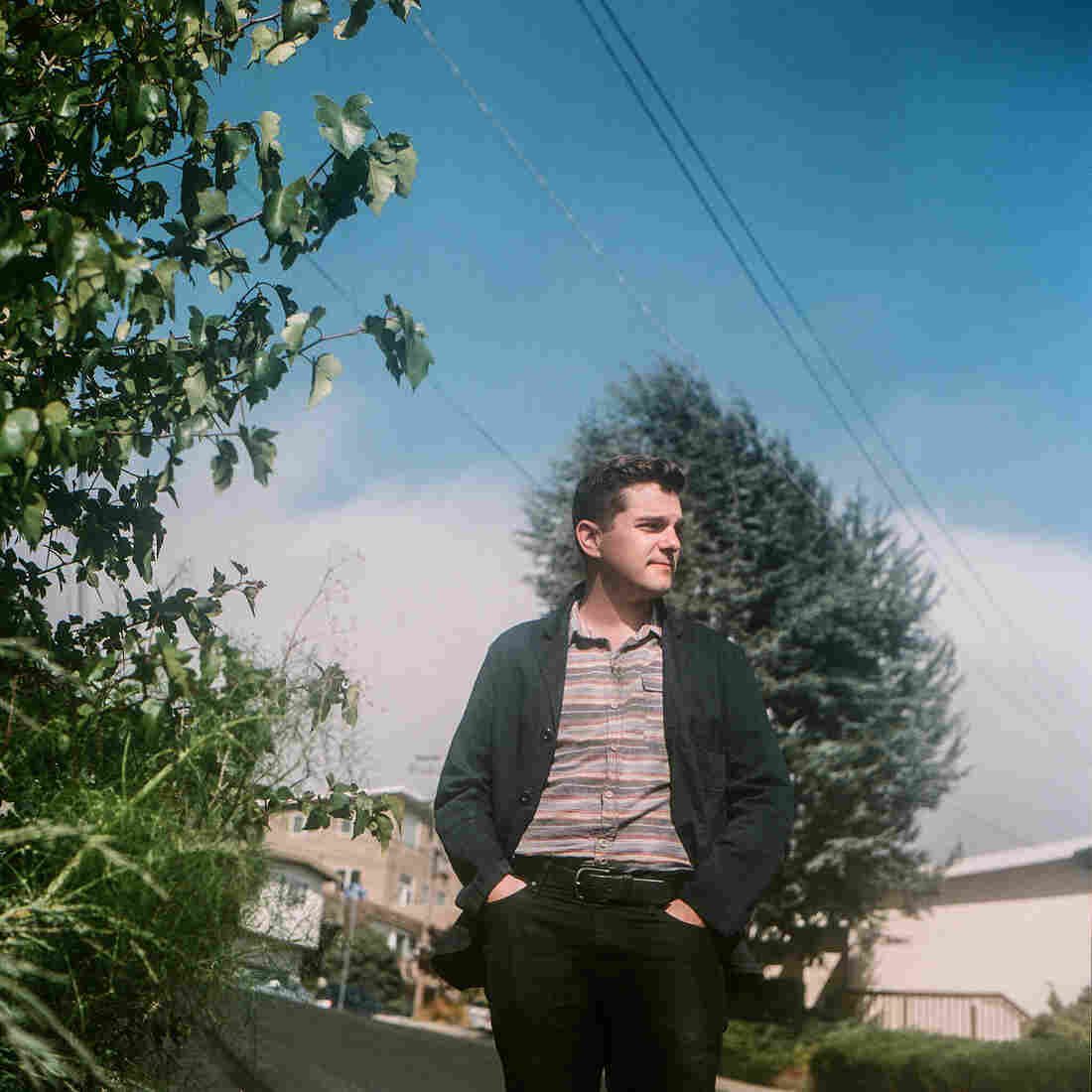 "When I was 26, my oldest brother fell into a coma after a motorcycle accident, both of my grandfathers died within months of each other and my father passed away from lung cancer, forcing my mother to sell her belongings and home so she could pay her debts --­ all in the span of a year. These songs represent a few scenes from that period.

"Six months after it all ended, I was jetlagged and wide awake in a hotel room in San Francisco at 3:00 a.m., locked out of my apartment after flying in from London. Sometimes absurd, frustrating situations pull you away from what's in front of you. I had the beginning of an Emily Dickinson poem floating in my head: 'Pain has an element of blank; / It cannot recollect / When it began, or if there was / A time when it was not.' There was no chance I'd get any sleep, so I pulled out my laptop, opened a Logic session and wrote a sketch of this song, singing all the parts into my laptop microphone. It took me another year before I felt ready to record it more seriously. At the time, an engineer friend and I took unbooked days at his studio and I'd freestyle the arrangement myself using whatever instruments were lying around, pulling in a few folks for parts I couldn't do. At first I had no idea what to do with the finished song, and figured I had said all I cared to about this terrible period of my life. But then several more songs began to flow out of me, and I realized I wasn't finished addressing the trauma on my own terms."

02Far From The Sober West

"If you get on I­-10 in Los Angeles, drive thirteen hundred miles straight across the stark, arid, moon­-like margins of America, and exit the highway just past the Hill Country, you'll end up a few minutes away from my childhood home in San Antonio. And if you drive straight through, it only takes about twenty-­two hours. My family knew the route well, having first made it when we moved from California to Texas in my parents' rickety white Ford Econoline in the late '80s, a trailer in tow.

"This song is about my siblings driving my cancer ­ridden father one more time along the desert stretch so he could die in his own home, at peace and in hospice. My parents had attended my maternal grandfather's funeral in Palm Springs, taking a detour in Bakersfield to visit my father's parents, when my dad's labored breathing grew too heavy. A trip to a clinic revealed large growths in his lungs. He rushed into a round of chemotherapy right then, just before his own father passed away in his sleep in the room adjacent to his. We could hardly afford the time to acknowledge how everything was crumbling around us. My sister rented an SUV, loaded it with a battery­-powered respirator and a few oxygen tanks, and drove in shifts with my brother while my parents sat in the back.

"The production of this song was troubled from the start. With the exception of the percussion, I recorded almost everything in my bedroom studio using two different microphones, which was also how I produced most of the other songs on this EP, with the exception of the title track. I pulled several favors to record strings, woodwinds, dozens of voices, modular synth patches and swarms of guitars. It demanded a dozen rewrites. I maxed out Logic Pro completely while recording it, and Pro Tools while mixing it. I'm not sure anyone understood or believed in this song while we were making it. But I love it more than anything else on this EP by a mile."

"While my siblings brought my father back across the southwest, I flew home to pare down my parents' possessions and disinfect every surface. Sorting through boxes of financial documents, filling garbage bags with useless stuff held on to for no good reason, it was the first time I was alone since the diagnosis the week before. I resented my dad for his lifelong chain­-smoking habit, resented my parents for choosing a lifestyle that led to financial instability and helplessly falling into debt and felt sorry for myself for ever being born into any of it. And I was embarrassed to be carrying such anger when they were counting on me to begin dismantling their house.

"After cleaning all day I'd fire up Logic Pro and record songs about my recently ­deceased grandfather's journey to America with the saxophone and violin I had just inherited from him, using my laptop's internal microphone. Those recordings became Makeunder's first EP. My only company at night was the window unit that kept my bedroom livable during the Texas summer."

"I fell into an intense, passionate relationship with a British woman when I returned to San Francisco after cleaning my parent's home. Not long after meeting we fantasized about marriage, who would live where and when, starting a band, traveling together. Tragedy sometimes has a way of planting your feet solidly in the moment, and you take what is in front of you and throw yourself into it. But after my father died and her visa waiver expired, we found ourselves in different countries and I finally felt the weight of grief. There was no way I could leave the country. She held that against me, and we rode through a painful long­-distance relationship for two years. I always figured that if I could find peace with my dad's death, I'd move to London in a heartbeat and we'd pick up where we left off. The irony, of course, was that the bliss that defined that first month was long gone after all the back and forth. And at any rate, when I finally told her I was ready to give up my life and move to London for her, she'd met someone else."

"I was nearly done recording the EP when I had decided that I needed to add this one. It wasn't planned, and I'm sure it frustrated everyone who wanted the record done sooner, but the story would have felt incomplete if I hadn't. I holed up all alone in my studio for three weeks, working through it with my voice, rewrite after rewrite, through considerable tears. It felt right that the most mournful song would be the barest.

"The inspiration for the song came from watching my father take his last breath at 5:00 a.m., the hospice nurse solemnly informing us that he'd finally reached the end of his suffering. The earth didn't shake. Time didn't stand still. We could hear birds faintly chirping outside as they had before. Death doesn't visit. It's always present. It just happens. It's indifferent.

"After I finished recording the song, I only listened to it two or three more times to check the mix and master. I'd be content to never hear it again."

06What A Lovely Bandsaw!

"'What A Lovely Bandsaw!' describes the weekend where my family held an estate sale to part with my father's tools & belongings, so my mother could pay off her liens and put the home on the market. We watched hundreds of acquaintances and strangers rummage through every box, corner and cabinet, while we struggled to put a price on things my mother never thought she'd have to sell: finished works of art, handmade furniture, gouges, chisels, saws, a menagerie of power tools. Some we hardly understood how to value, others were important set pieces in my childhood memories.

"My parents never felt like they belonged in Texas and my father likened their mortgage to a prison sentence. They would have been happy to abandon the house and get the hell out of San Antonio for good. In the end, however, it was impossible not to feel overwhelmed as the home quickly disappeared, piece by piece, before we even had a chance to come to terms with everything we'd lost."