Accessibility links
All Songs At 15: I'd Like To Thank My Producer ... : All Songs Considered How much does an artist's producer impact their sound? In 2009, Robin Hilton devised a test to find out. 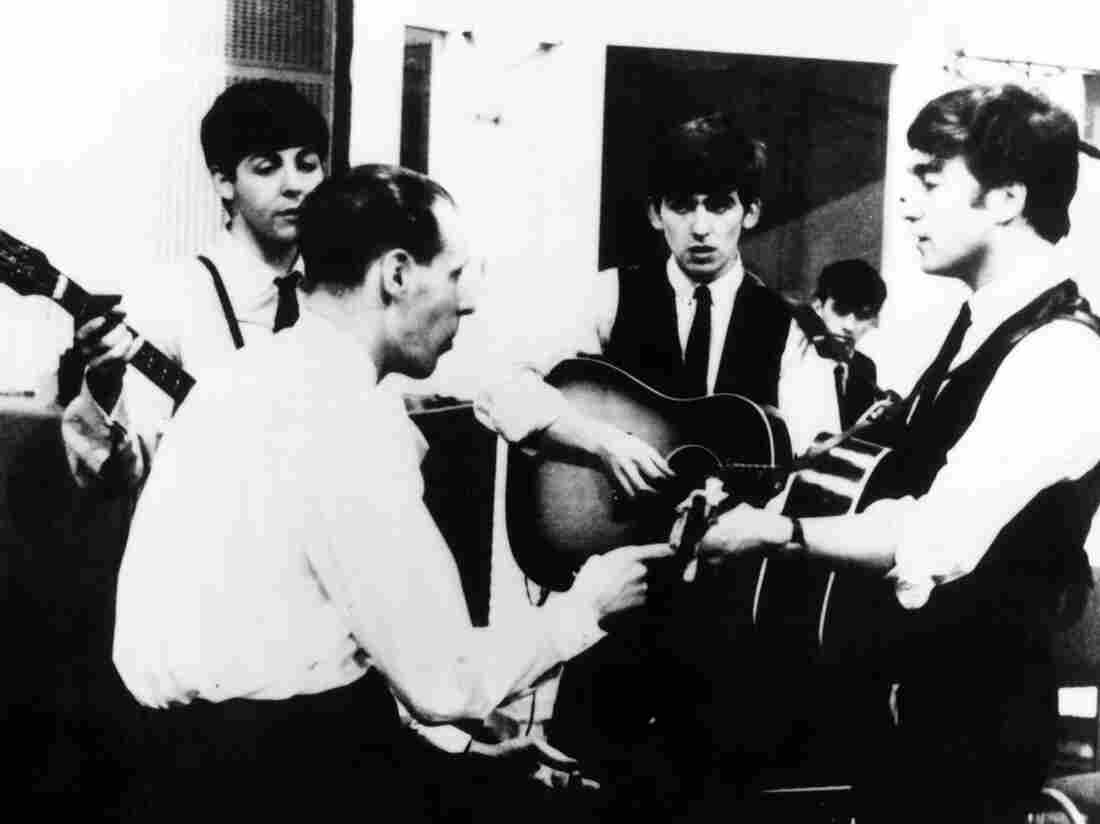 All Songs Considered has been on a Guest DJ kick over the past few weeks. In two of our most recent sessions with Kate Tempest and SOAK, I noticed how both artists spoke about their producer reverently and at length. On each of their debut albums, they said, a producer helped shape a messy collection of songs into a coherent musical work.

This brought to mind an appeal Robin Hilton made in March 2009 as he meditated on the role of a producer in making great records. He imagined a fascinating scenario: What would happen if you paired a superstar producer with a mediocre band? Could the producer coax brilliance out of their client, turning so-so songs into instant classics? Robin even put out a call to a shortlist of heavy hitters — Brian Eno, George Martin, Daniel Lanois — and offered to book them in NPR's studio 4A (in the now demolished old NPR building) alongside an amateur act of our choosing. After a few days, we'd give the results a listen. The show would be called "Extreme Music Makeover."

Nobody reached out to participate in our proposed grand experiment, but the question of a producer's influence continues to present itself when we discuss albums we love. We've examined the producer-as-visionary on a number of occasions — St. Vincent collaborator John Congleton even had his own Guest DJ episode in October. While we've never arrived at a definitive answer, the question makes for an entertaining thought experiment all its own: What would your favorite album sound like if it was produced by someone else?

Robin cites Daniel Lanois as a creative force behind some of his all-time favorite records, including U2's The Joshua Tree. The band released that album in 1987, the same year records produced by Rick Rubin (Beastie Boys' Licensed To Ill), Bruce Fairbairn (Bon Jovi's Slippery When Wet) and Quincy Jones (Michael Jackson's Bad) topped the charts. What might The Joshua Tree have sounded like with one of them at the helm? Could U2 have made an album with the same critical and commercial eminence?

This particular hypothetical actually played itself out in 2006 when U2 worked briefly with Rubin before quickly returning to Lanois. It's tough to reduce this to a single rule, but what we think of as "U2" today — four guys whose sound is immediately identifiable — was formed, at least in part, by that 1987 collaboration. Substitute any combination of artist, album and producer, and the possibilities become infinite.