Accessibility links
Guster Wants You To Open Their Fall Tour : All Songs Considered In a nod to its roots, the alt-rock quartet is looking for college or high-school bands to open their national tour this fall.

Guster Wants You To Open Their Fall Tour

Guster Wants You To Open Their Fall Tour 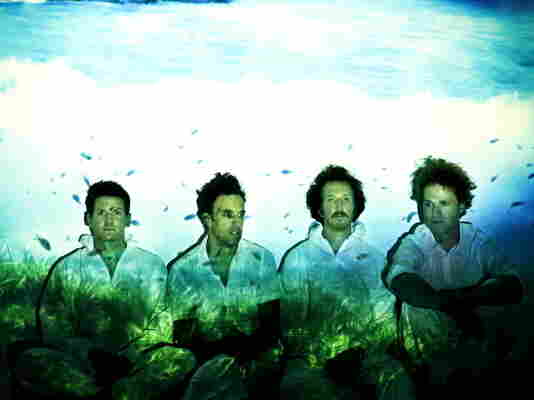 Boston's Guster has been together for almost 25 years, and released its seventh record in January. But it hasn't forgotten its roots as a college band playing parties at Tufts University, angling for opening slots when other, bigger bands came through town. In that spirit, the alt-rock quartet is offering the opening spots on its national tour this fall to high-school and college bands who apply through the band's website before 10PM EDT on Sept. 21. In announcing the contest, the band wrote:

Opening for national acts was a huge deal for us back when we were a college band named Gus. We were lucky enough to grab gigs supporting Jackopierce, Rusted Root, and Live before we even graduated from Tufts.

Getting in front of these audiences helped us gain the confidence to give "being in a band" a real shot. And we'd like to spread that karma, so we're inviting college and high school bands to open for us on our upcoming November tour. Maybe we can even join your band for a song and vice versa? We're going to make this happen at every stop on our tour between November 5th and November 21st.

Applicants are asked questions like "How do you write your songs?" and "For Female Band Members: What's it like being a girl in a band?", which Guster drew from a satirical list of "Questions You Should Never Ask Bands." (Language advisory: Linked post contains profanity.)

Opening acts will be announced during the week of Sept. 28.