Accessibility links
Do Tall People Have To Stand In The Back At Concerts? : All Songs Considered A reader stands behind a gigantically tall dude with a cereal-box-shaped head. Has she been wronged?

The Good Listener: Are Tall People Obligated To Stand In The Back At Concerts?

The Good Listener: Are Tall People Obligated To Stand In The Back At Concerts?

We get a lot of mail at NPR Music, and alongside the mammoth box someone used to ship us a single bottle of beer is a slew of smart questions about how music fits into our lives. This time around: thoughts on tall folks at concerts.

Stephanie B. writes via Facebook: I was recently at a show of the unseated variety when, to my dismay, a very tall and wide chap with a head boasting the approximate dimensions of a cereal box stationed himself directly in front of me. I spent the whole (crowded) show craning to one side or another so that my view was not entirely obstructed. I wished this gentleman to be banned from concert-going forever, or at least to be forced to view the show from the back row of every venue. My question is: What obligation does the big/tall person have to his or her fellow concertgoers with regard to obstructing the view? 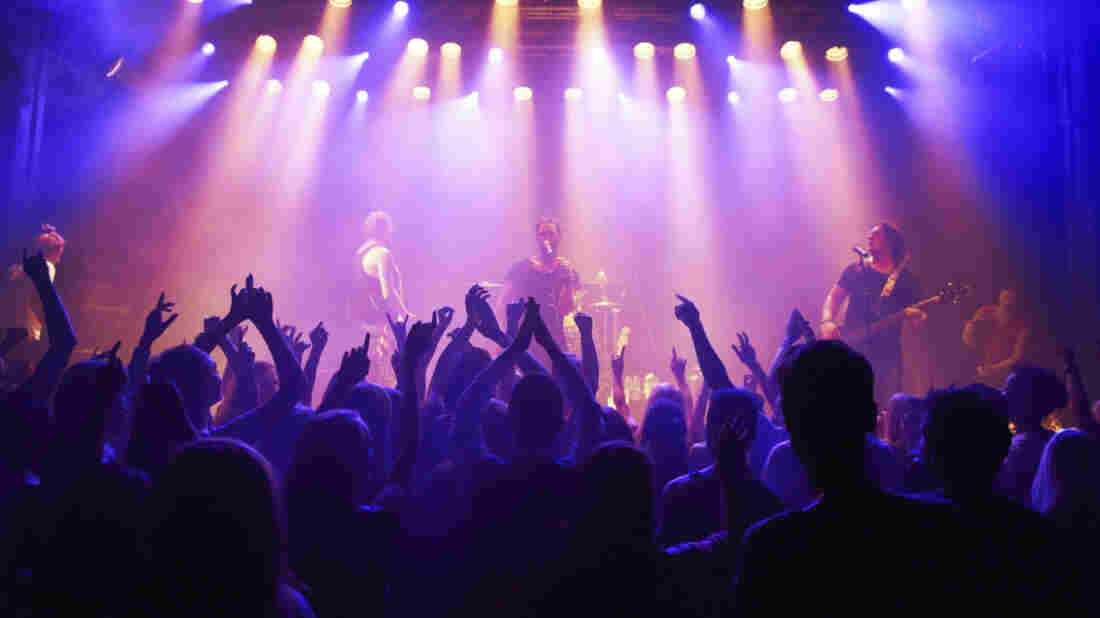 Just look at those tall dudes in the front, waving their arms. Crouch down! iStockphoto.com hide caption 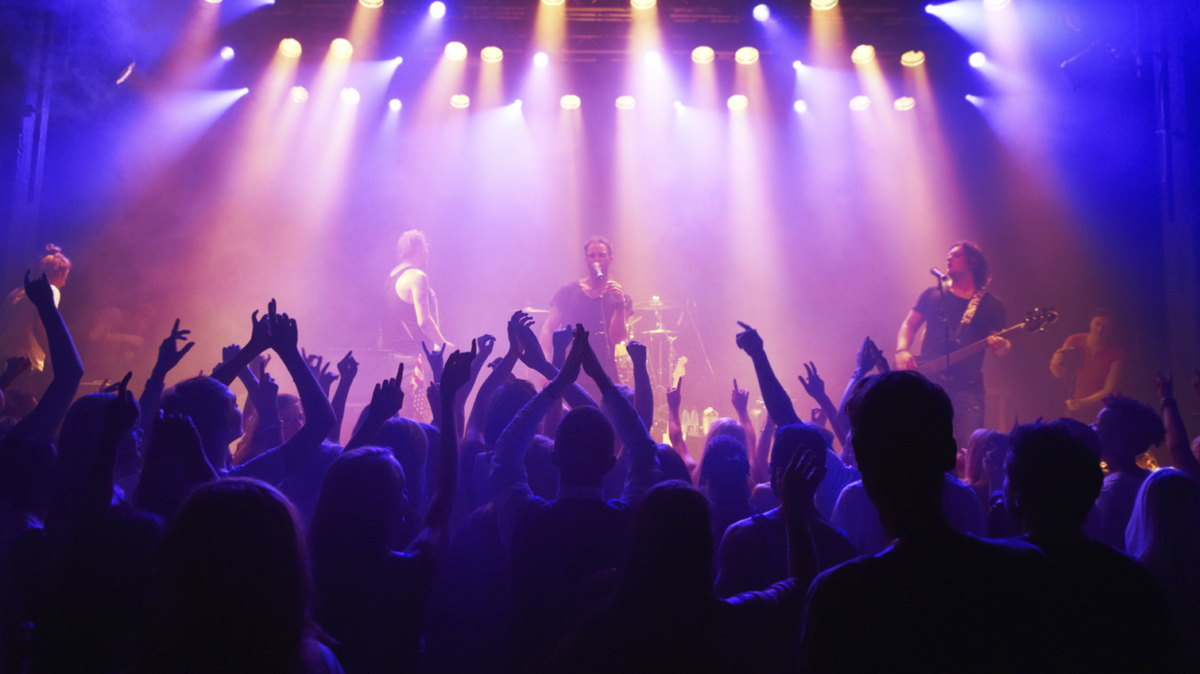 Just look at those tall dudes in the front, waving their arms. Crouch down!

[Before we get started, a quick note: If you have any questions you'd love to see answered in The Good Listener, email Stephen Thompson at goodlistener@npr.org! We're always looking for column ideas.]

Just about every live show hosts its share of nuisances, from the constellation of cell phones held aloft to loud talkers to the guy who supposes no one will notice if he stands around belching out massive vape-clouds. (Note to Vape Guy: We know it's you. Knock it off.) But the mere act of being tall isn't, in and of itself, one born of hostility or a lack of consideration. Cereal-box-headedness is a result of nature, so I'd encourage you to cut him and his gigantic head some slack. #notallgiants, etc.

That said, nothing makes a concertgoer feel put-upon more quickly than standing still and minding your own business as a towering wall erects itself in front of you. And, of course, it's far worse when said wall appears to lack consideration or even awareness — it makes the shorter person feel disregarded, invisible, ignored. To answer your question, I think tall people do indeed have a social obligation to minimize the obstruction they create; to avoid front rows, stand against walls (or, even better, in front of pillars), and otherwise forfeit premium positioning between band and audience. I'm only medium-tall myself, and I try to remain aware of who's behind me, widen my stance, make room for shorter people in front of me, and otherwise avoid scenarios where fans' enjoyment of a concert might be diminished by my presence.

Now, remember that some circumstances create an awkward conundrum for tall folks: A 6'8" person on a date with a 4'8" person is going to have a tricky time balancing companionship with courtesy, perhaps by employing a wall- or pillar-based strategy. And, more to the point, everyone's gotta stand somewhere, you know? Tall people situating themselves near the back of a crowded room are doing their best, and needn't have shade thrown in their direction by those behind them. (They create enough shade on their own! Get it? Shade? I'll show myself out.)

Really, the obligation tall people face is the same obligation faced by everyone else: to do everything they can to be good and courteous neighbors, whether that means situating yourself to accommodate shorter people, pocketing your cell phone, holding conversations until intermission, or saving the vape rig for the walk home. As unwritten rules go, "Do no harm" holds true as much at concerts as it does elsewhere else in life.

Got a music-related question you want answered? Leave it in the comments, drop us an email at goodlistener@npr.org, or tweet @idislikestephen.