Accessibility links
New Mix: Deerhunter, YACHT, Youth Lagoon, GEMS, More : All Songs Considered On this week's All Songs, Bob returns from vacation a (somewhat) changed man, and he and Robin find music that they say "hits them just right." 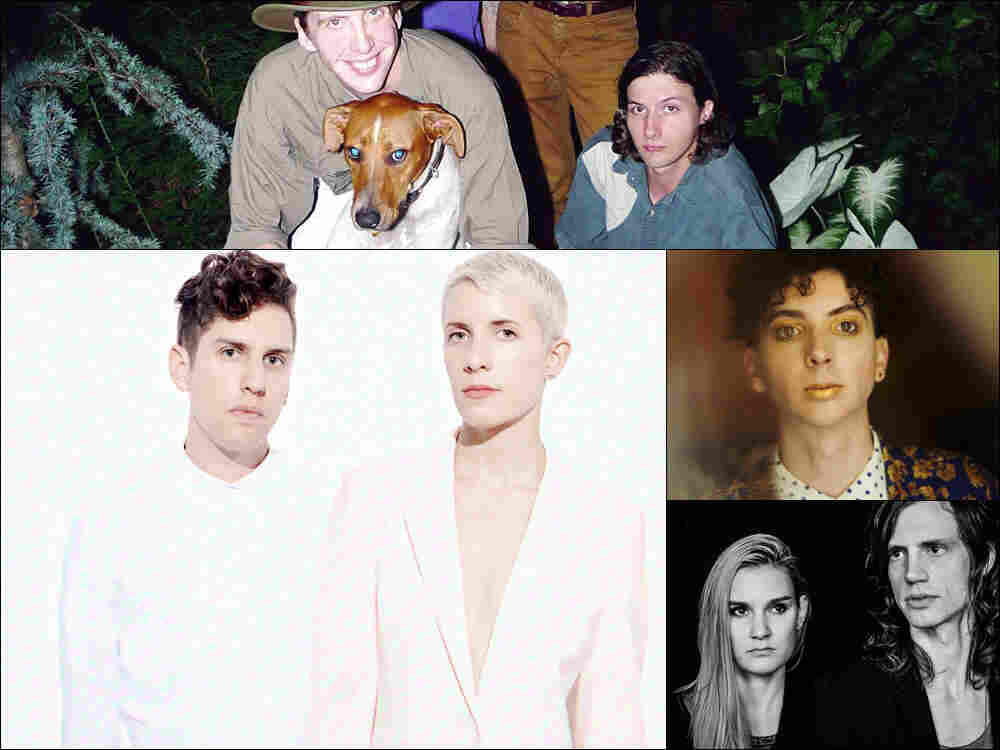 Bob Boilen is back after several weeks for this week's episode of All Songs Considered, and at least part of this week's show is Robin coming to terms with Bob's new beard. After moving through the stages of denial, grief and anger, Bob and Robin finally find acceptance by sharing new music that, as Robin puts it, "hits them just right." Bob brings music that makes him laugh and think and music from bands fully coming into their own, while Robin offers rock with a vulnerable side and a couple of new projects from bands pairing technology-heavy production with sharp political awareness.

Bob and Robin are also joined in the studio by NPR Music's Stephen Thompson, who writes the All Songs advice column The Good Listener. Stephen brings with him his latest column's quandry, about height-based etiquette at shows, and he, Bob and Robin discuss the surprisingly passionate responses he's gotten so far. (If you have a question for The Good Listener, email Stephen at goodlistener@npr.org.) 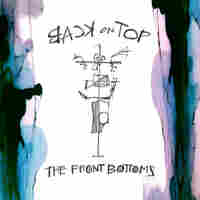 01Laugh Till I Cry

Back On Top comes out Sept. 18. See the video for "Laugh Till I Cry" here.

01Living As A Ghost

The members of dream-pop duo GEMS recently broke Bob's heart when they relocated from D.C. to L.A., but he forgives them on the basis that the music they make now sounds like the music they always intended to make. Cliff Usher and Lindsay Pitts are perfectionists whose new work is more nuanced, exacting and intricate than anything else they've done. "Living as a Ghost" is a hard piece of electronica, stitched seamlessly into Pitts' floating, ethereal vocals. The overall effect is both enveloping and electrifying.

Kill The One You Love comes out Oct. 30. 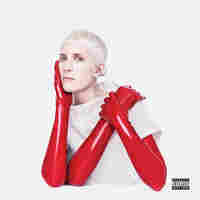 01I Thought The Future Would Be Cooler

Like GEMS, YACHT are another caps-lock-named duo incorporating precise production into electronics-heavy pop. YACHT's music is always densely layered and hypnotically catchy, and the title track to its newly-announced sixth album is no different. "I Thought The Future Would Be Cooler" takes on police brutality, social media and drone-based society, all over robotic vocals from Claire Evans and glitchy, funky production from Jona Bechtolt.

I Thought The Future Would Be Cooler comes out Oct. 16. 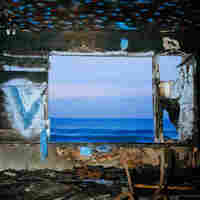 Bob's last pick is from Atlanta art-rock band Deerhunter, fronted by charismatic oddball Bradford Cox. "Snakeskin" is a psychedelic piece of rock swagger, and Bob says Deerhunter's new album, Fading Frontier, might be his favorite yet from the band. See the abstract, unnerving video for "Snakeskin" here. 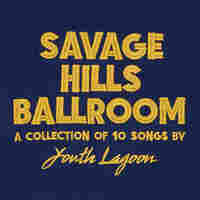 Robin takes us out with "Highway Patrol Stun Gun," another track inspired in part by increasing reports of police brutality. He calls this new music from Youth Lagoon, the stage name of multi-instrumentalist Trevor Powers, a "creative leap." It's Youth Lagoon's most purposeful, composed work yet; while previous projects sounded to Robin like Powers was discovering sounds, this album is intentionally and impeccably curated from start to finish. Hear another track from the album here.