Accessibility links
Drum Fill Friday, With Shaun Fleming Of Foxygen And Diane Coffee : All Songs Considered Our special guest picks the fills. You match them to the right song. Simple as that. 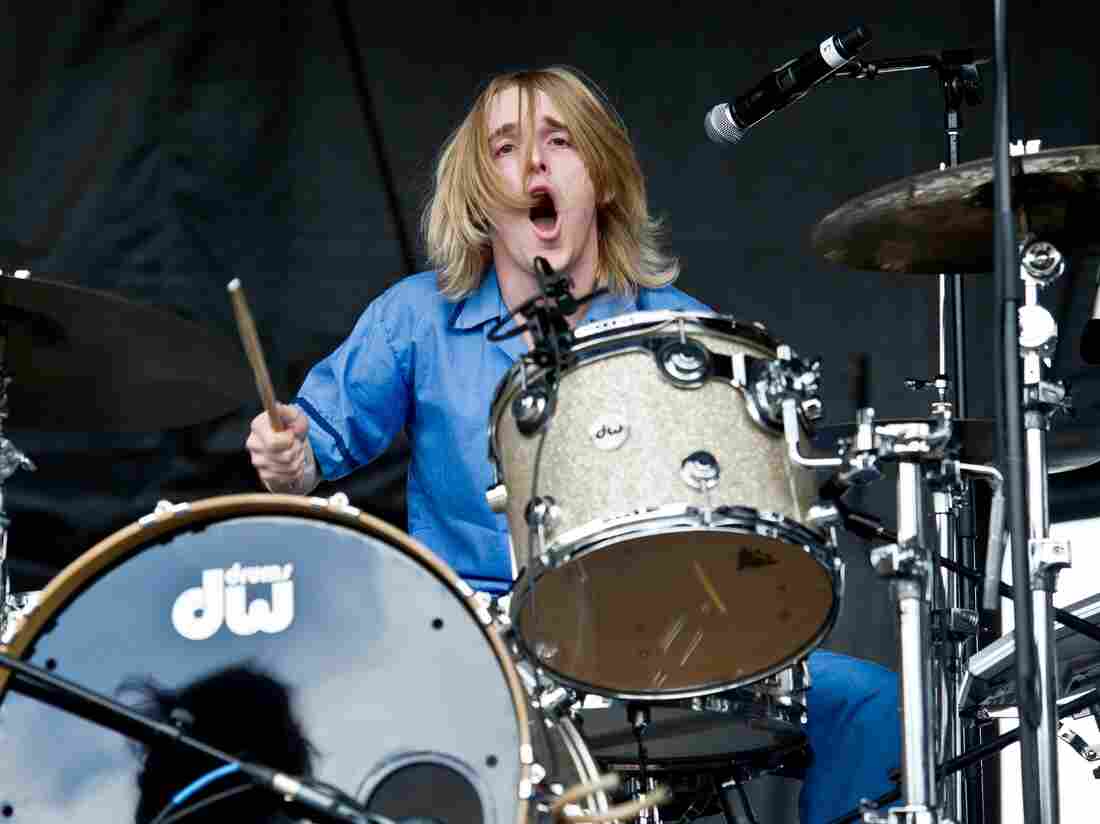 This week's Drum Fill Friday comes courtesy of Shaun Fleming, drummer for Foxygen and frontman for the band Diane Coffee. Fleming has an unabashed love of late-'60s psychedelic rock and pop, and you can hear as much in the fills he picked here. But he also threw in a few surprises from the '70s and '80s. I'd give it three out of five stars for difficulty.

Good luck, careful listeners, and as always, if you have a drummer or a fill you'd like to see featured in these weekly puzzlers, let us know in the comments section — or via Twitter @allsongs, #drumfillfriday.

Diane Coffee's new album, due out Sept. 4, is titled Everybody's A Good Dog.