Accessibility links
Songs We Love: PWR BTTM, '1994' : All Songs Considered Giving punk the glam it so desperately needs, the duo lights a stick of dynamite under a wistful song to shred away the sadness. 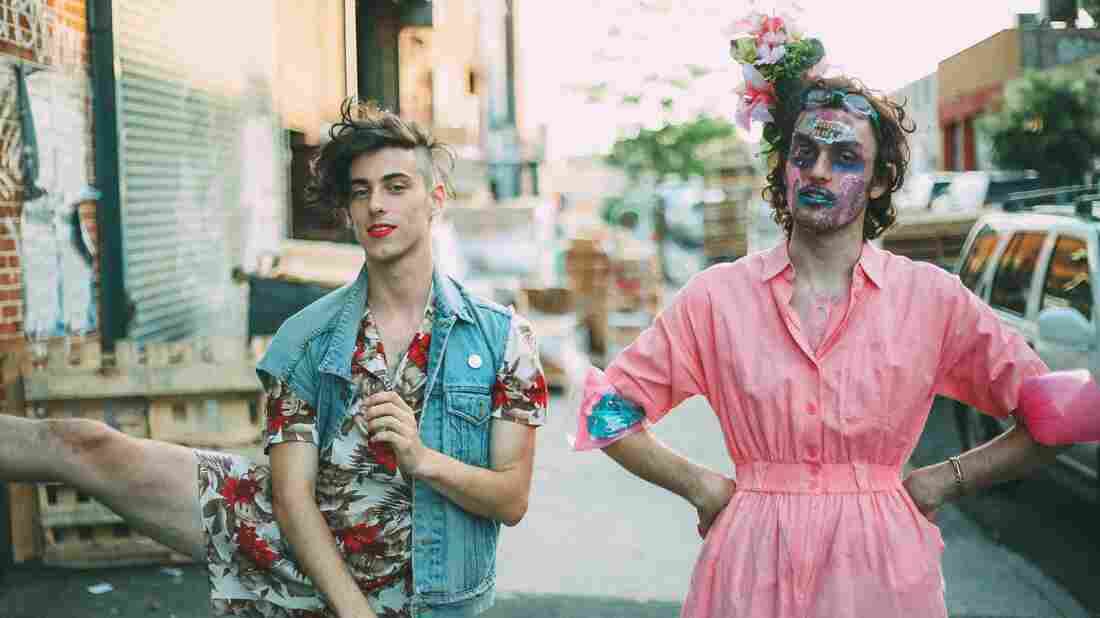 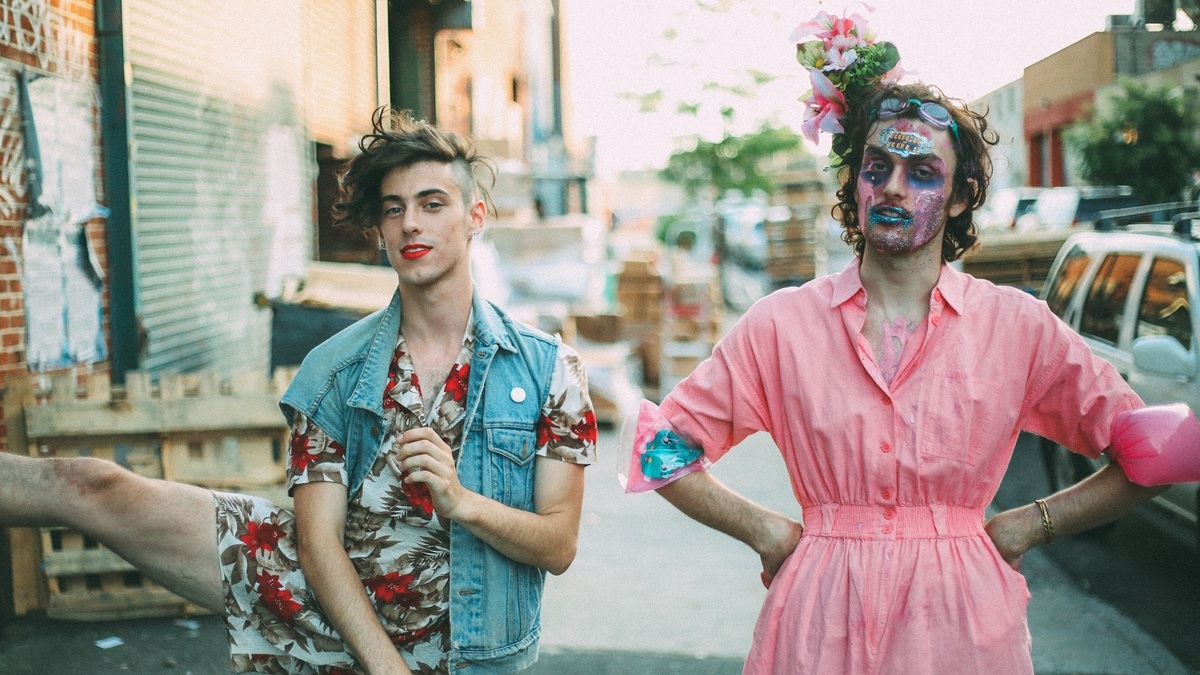 PWR BTTM's vowel-less moniker boldly announces its intentions, with the power out front and the silliness below. The name's striking, Google-able, and helps Liv Bruce (drums/vocals) and Ben Hopkins (guitar/vocals) take control of their personal narrative. "As queer people, a lot of our lives are prescribed for us in terms of who we 'can' be in pop culture," Hopskins told Overblown. "Like you can be someone's hairdresser or wacky best friend, but often times you can't be the protagonist in your own life."

After 2014's Cinderella Beauty Shop EP, and a split with the frustratingly-named (but awesome) Jawbreaker Reunion, PWR BTTM is ready to release its debut album, Ugly Cherries. It's a stadium-rock record made for basements and an off-Broadway musical dressed up in thrift-store drag, giving a punk show the glam sensibility it so desperately needs.

"1994" is a wistful power-punk song with just four lines that meditate on love and existence. Its single-note, keyboard-driven chorus is right out of The Rentals songbook, with "ohhhs" that quiver sweetly. But after a touching and biting resignation ("These days it pays to be so strange and I'm like nothing"), the duo lights a stick of dynamite under "1994" by shredding the sadness away, as if to say, "Screw this. Let's live."

Ugly Cherries is out on Sept. 18 from Father/Daughter and Miscreant. PWR BTTM goes on tour with Mitski and Palehound in November.