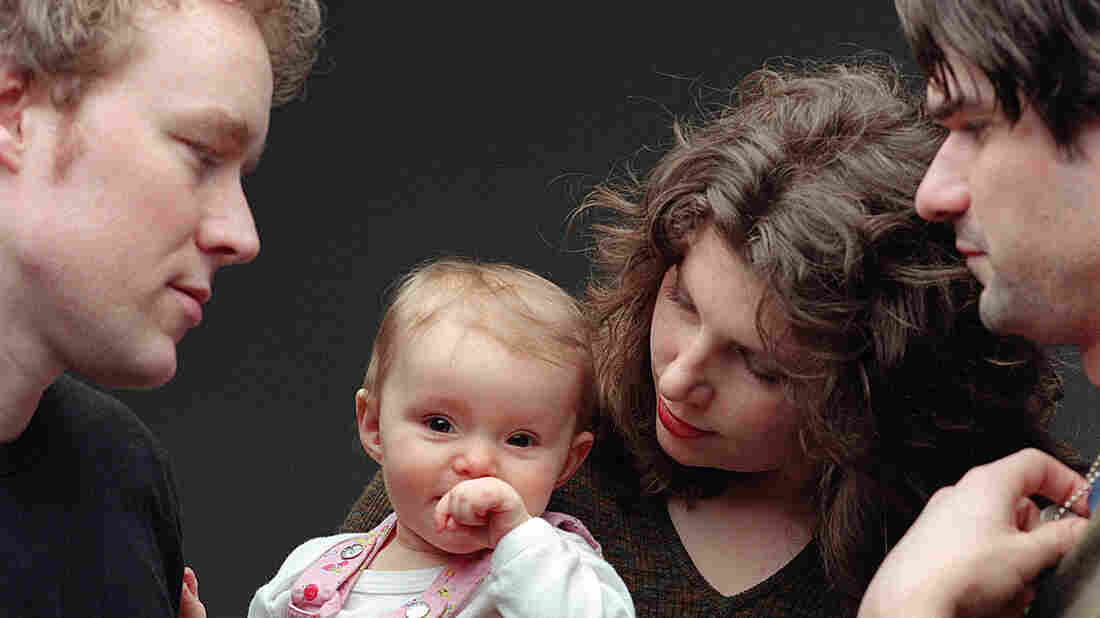 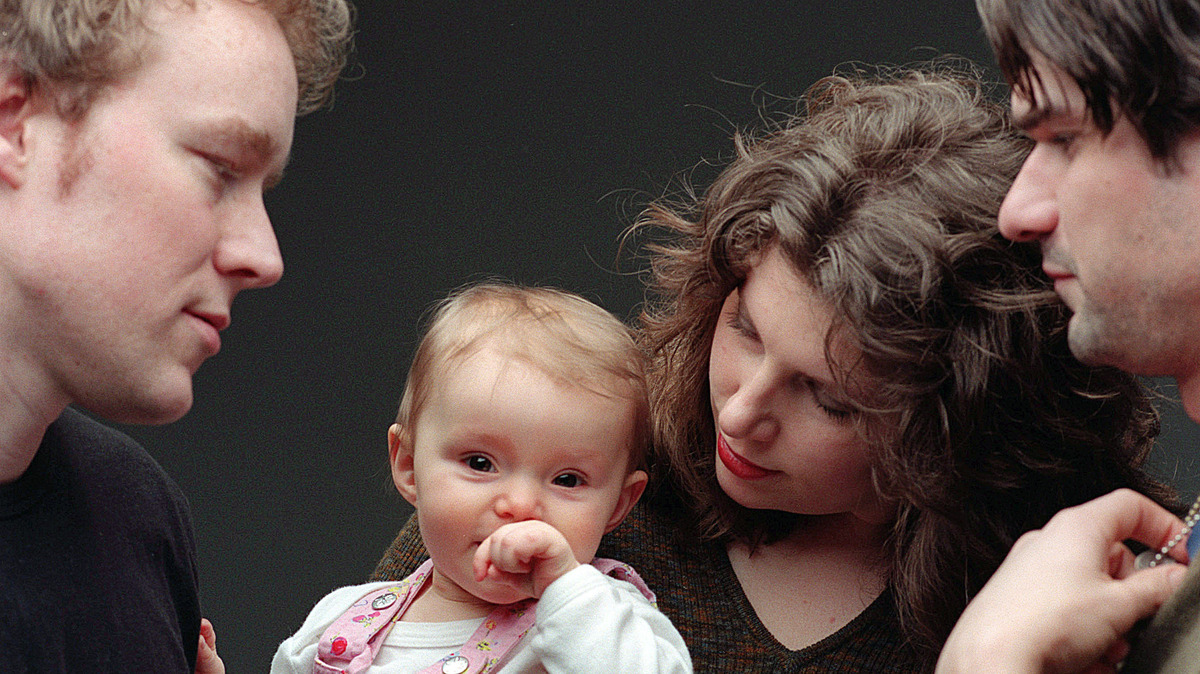 Today, on our All Songs +1 podcast, we're doing something a bit different. It's a conversation between two people we love, Sharon Van Etten and Mimi Parker from the band Low, about being a mom and being in a rock band.

Mimi and her husband Alan Sparhawk have been playing as the band Low for more than twenty years and they've just put out their eleventh studio album Ones and Sixes. They have two children, Hollis and Cyrus. Sharon's been a fan of Low since she was about fifteen years old, and she's now at a point in her life and her career where she envisions two seemingly opposing desires coming into conflict: touring as a musician and raising children.

You can hear Sharon talk with Mimi about what it's like to raise a family on the road in the All Songs +1 podcast on this page, and read quotes from the conversation below.

On being a musician and a parent:

Sharon Van Etten: I'm in my 30s, and thinking about having a family. My music is the center of my world. And it's not really talked about — I don't feel like — enough in the music industry, but it's harder for a woman to have a child on the road than a man, because there are roles already in place and it's easier for the woman to stay at home ... but what if you are the touring musician?

Mimi Parker: I think I was really fortunate that Alan was there. It's a partnership. I have an amazing picture of when Hollis was just starting to walk, and we were on tour, backstage, and she's standing there and you see literally five sets of hands around her, everybody waiting to catch her ... Everybody just kind of stepped up. On tour, she was everybody's baby.

On being married to a bandmate:

SVE: I can't imagine being married to your bandmate, and that changing the dynamic, and maybe changing your role, if they came along ...

MP: It does .... There's the marriage and the band. Honestly, they're kind of one and the same thing at this point. But when the kids come in ... I'm "mom" again. "Mom" is a lot more work than just drummer in the band.

On touring with kids for the first time:

MP: Hollis came along, and it was within 10 months, we were back on the road again ... I think if we'd really thought it through, we never would have done it. But we didn't really think it through. We just kind of gathered all our
stuff, the Pack 'n Play, and we just kind of hit the road and made it work. And she, Hollis, really hated being in her car seat. There was a lot of screaming ... And I was still breastfeeding, and everything.

SVE: Well how do you do that backstage or in the van? How do you even find time, or make the routine?

MP: It's kind of ridiculous. You set up the Pack 'n Play in the backstage ... You know backstage. It's filthy. And sometimes it's really small. And we'd set her up back there ... I'd feed her and I'd run up and play, and [then] come back down and maybe she'd be sleeping. It was kind of chaos.

MP: One show in Seattle, it was Bumbershoot, I think ... the audience was all dark, and the lights were down, and my friend was watching [Hollis] to the side of the stage, and all of a sudden she just let her go, and Hollis wandered
onto the stage, because she couldn't — the audience was silent — she didn't know anybody was there, and she just came out, and put her arm around my leg ... As soon as the song was over, the applause, and she was shocked.

On having working musicians as parents:

MP: They both seem to really love music. Hollis is playing guitar, and Cyrus is playing drums ... Before I came here today, I asked Hollis "What are your ideas, what would you say if somebody asked you what you think about your mom and dad going on tour, or your mom going on tour," and she said, "Well, she's gotta work!" That was her comment. "She's got to work. She's going to work."

On introducing kids to the industry:

On the future of music:

SVE: It's not getting any easier, that's for sure .... I don't know about the physical world of music, so that's a whole other thing, and touring is getting much harder. There's a lot more competition to even get a venue, even for
established bands, booking over a year out for certain venues. It's really tough .... I love music, but I'm very curious about what's gonna happen over the next 10 years, with having a real life and working on music and pursuing it as a career and a passion.