Accessibility links
Drum Fill Friday, For Sept. 4 : All Songs Considered It's "Name That Tune" for careful listeners: Hear a series of drum fills and see if you can match them to the right song. 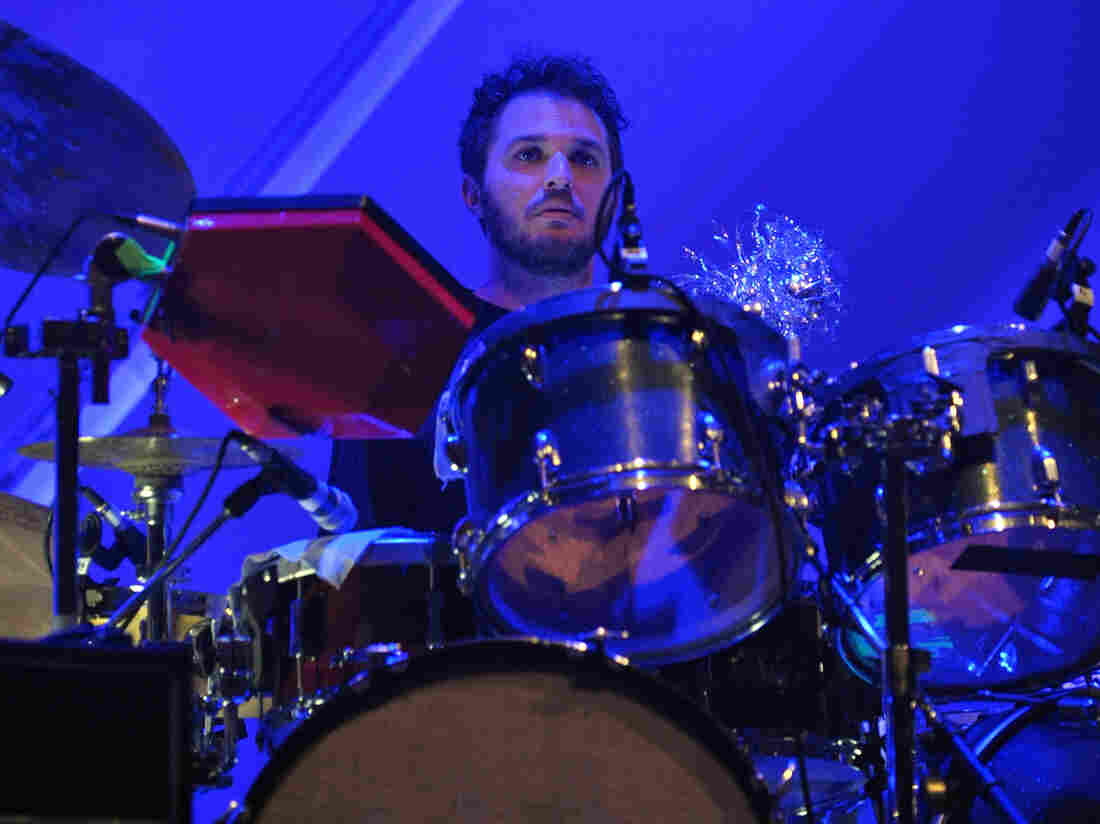 Drummer Joey Waronker stares down his own kit during a live performance with the band Atoms For Peace. John Shearer/Getty Images hide caption

What can I say? You caught me in a good mood and I'm feeling generous. This week's Drum Fill Friday is a lowly one out of five stars for difficulty. I'd give it zero stars, but there's one song that I admit not everyone on the planet has probably heard, though they should. I'll leave it to you to decide which one I'm thinking of. And as always, good luck, careful listeners.

If you have a drummer or a fill you'd like to see featured in these weekly puzzlers, let us know in the comments section — or via Twitter @allsongs, #drumfillfriday.