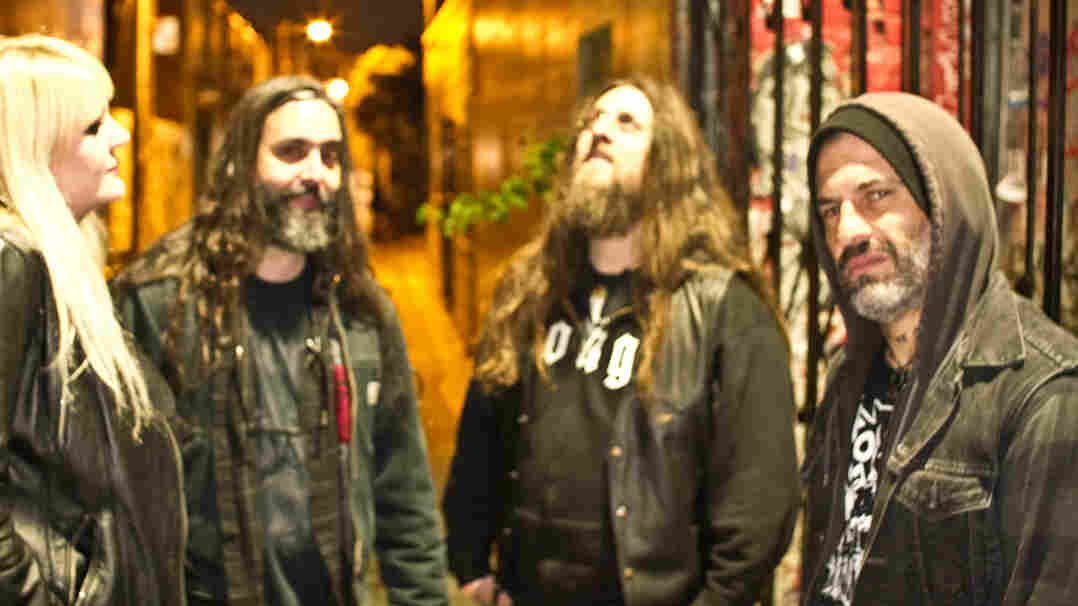 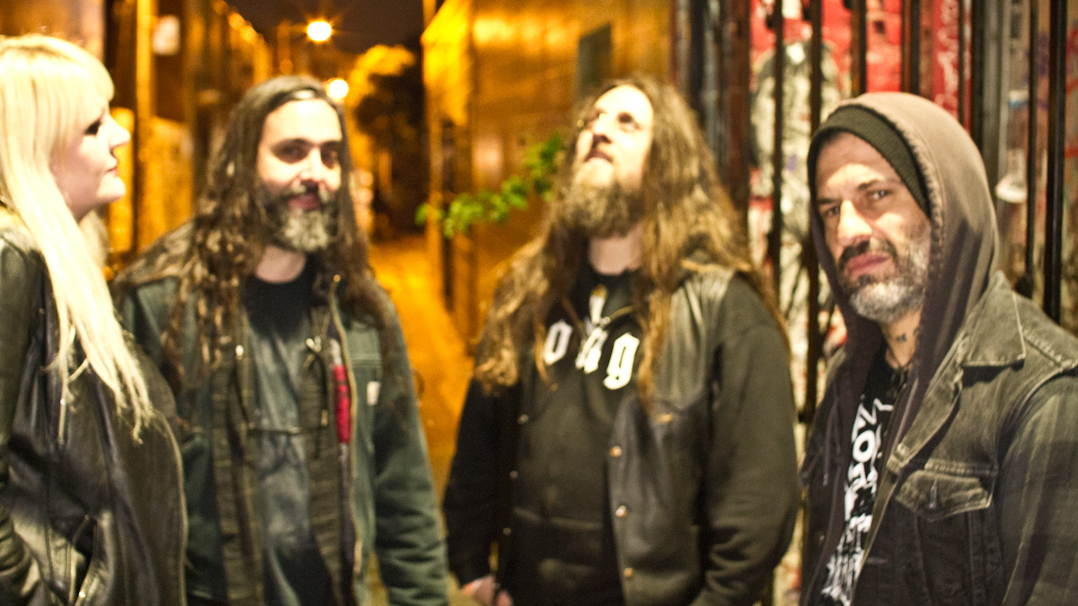 Craig McGillivray/Courtesy of the artist

Heavy-metal album artwork can be transportive: You can depend on Paolo Girardi's mangled serpents and Kev Walker's mutant nightmares to guide you to metal mayhem that matches the cover. But maybe you bought a copy of Molly Hatchet's 1978 debut LP solely based on the incredibly bad-ass warrior artwork alone, only to be later disappointed that the (solid) Southern boogie-rock contained therein doesn't quite match the battle-ready brushstrokes of Frank Frazetta. Sometimes you can't judge an album by its cover, and yet...

VHÖL's second album, Deeper Than Sky, emerges mid-shred like an impossible silver vessel careening through space. Visual artist Brandon Duncan depicts that sonic offering as a cosmic ship exploding through the shards of a glassy blue canvas. It's an audio-visual mind-meld with the Bay Area band's inter-dimensional metal, heard most triumphantly in the album's lead-off track and first single, "The Desolate Damned."

In 2013, VHÖL's adventurous debut proved not to be the sum of its disparate parts, which include members of Agalloch (drummer Aesop Dekker), Hammers Of Misfortune (guitarist John Cobbett and bassist Sigrid Sheie) and YOB, whose Mike Scheidt puts down the guitar to focus on his enigmatic vocal performance. Here, VHÖL tones down its earlier black-metal notions and goes straight for '80s speed, channeling the balls-to-the-wall, Rubik's Cube thrash of Voïvod, mainlining D-beat drums and throwing in a celestial choral bridge for good measure. If it all seems over the top, wait until you reach Cobbett's overdubbed dueling guitars — this is some of his most giddy and insane work to date.