Accessibility links
Electric Light Orchestra Returns In Fine Form : All Songs Considered "When I Was A Boy" is vintage ELO, with frontman Jeff Lynne's signature chord progressions, string flourishes and a wistful-but-infectious melody. 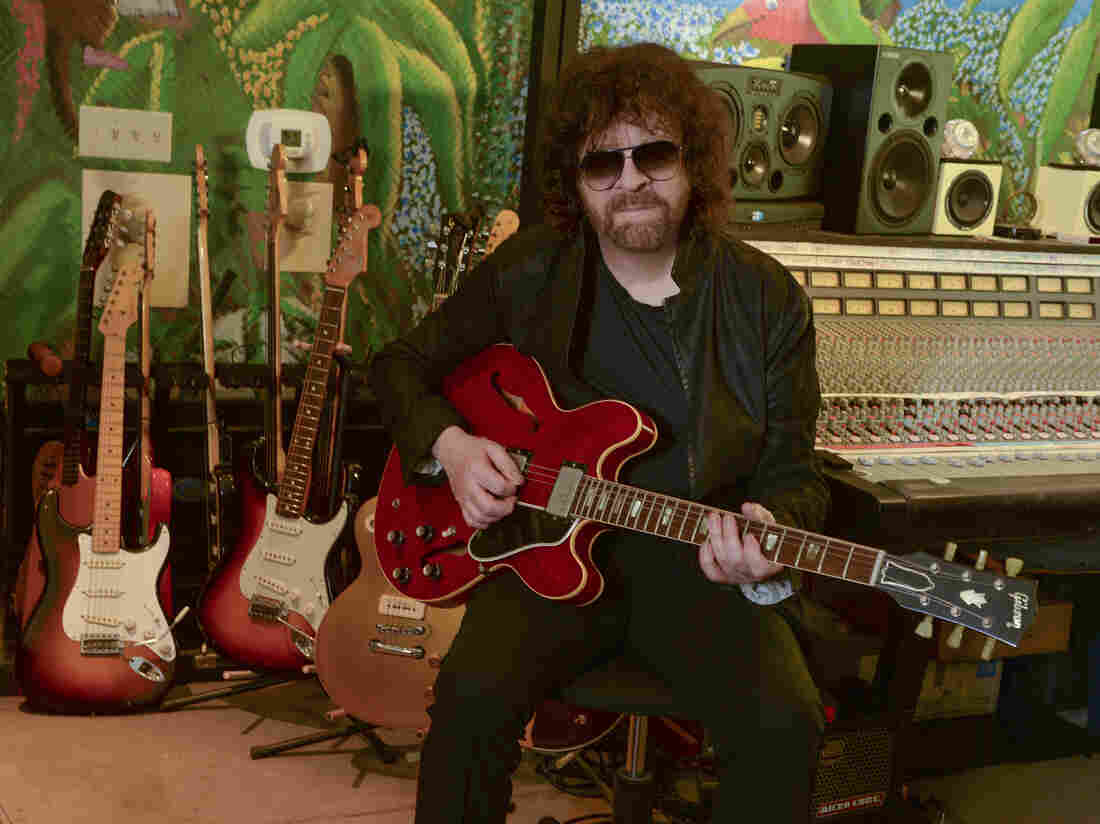 Pre-Order Alone In The Universe:

When a legendary band returns after a long hiatus the results are often cringe-worthy—or mixed, at best. To be fair, it's nearly impossible to recapture the kind of magic that makes legends to begin with. But that's not the case with a surprise new album from the Electric Light Orchestra.

Due out Nov. 13, Alone In The Universe is ELO's first album of all-new songs in nearly 15 years, and only the band's second since 1986. "When I Was A Boy" is the opening track and first single.

"When I Was A Boy" is in part about ELO frontman Jeff Lynne's childhood dream of being a musician. "Music is such a powerful force in our lives," says Lynne in a press release. "A good song can make people feel much less alone in this universe. And trying to create one of those songs somehow makes me feel less alone, too. My whole life—from being that kid with a dream in Birmingham, right until today—proves how much music can do."

Though the harmonies that helped make the band one of the biggest selling acts of the '70s aren't as abundantly layered here, "When I Was A Boy" is vintage ELO, with Lynne's signature chord progressions, string flourishes and a wistful but infectious melody.

After years of lineup changes, Alone In The Universe is being officially released under the name Jeff Lynne's ELO. It's the band's first record for Columbia Records.