Accessibility links
Marian McLaughlin Explains 'Spirit House' Track By Track : All Songs Considered The guitarist offers commentary on each song from her new album, which you can hear in its entirety. 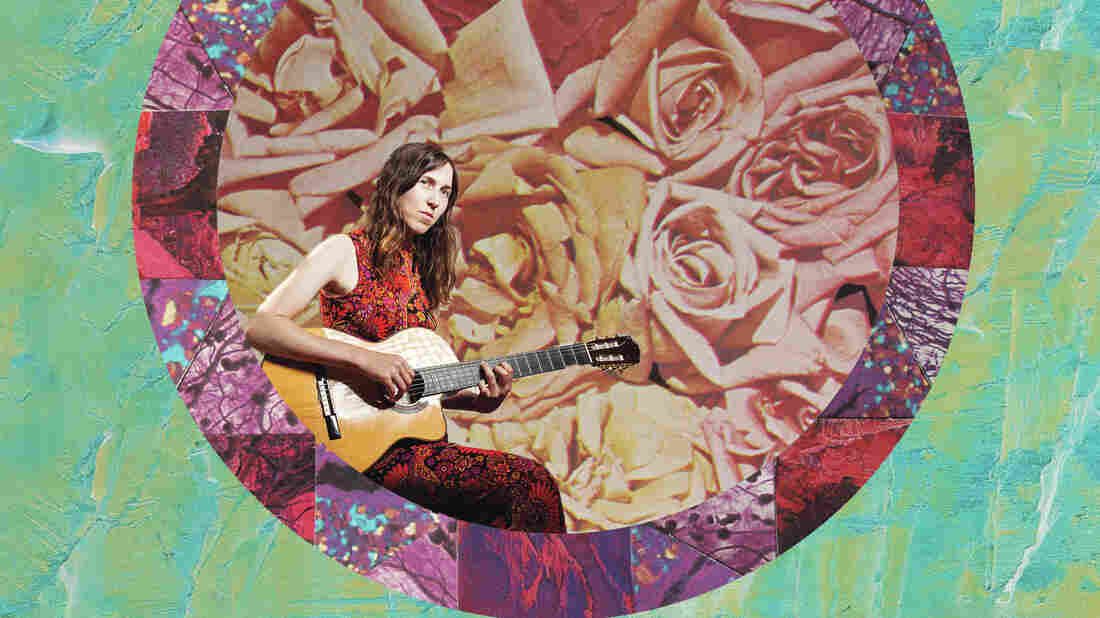 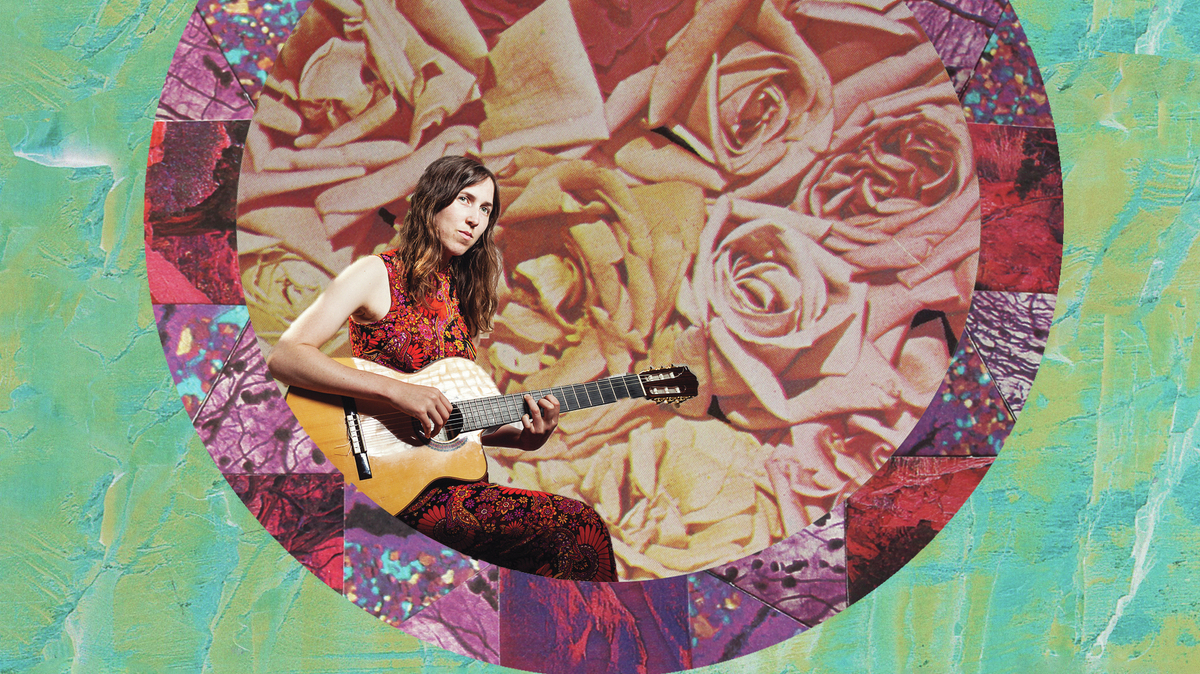 Jonathan Timmes/Courtesy of the artist

I first became enchanted with Marian McLaughlin's music when she was searching for ways to mix her quirky classical guitar picking with her equally unusual voice. McLaughlin follows her muse for a sound that occasionally recalls Joanna Newsom or the psychedelic folk music of The Incredible String Band. And now, five or so years after I first heard McLaughlin play house shows in the D.C. area and open at some of our better clubs, she's made an album that turns her unorthodox meanderings into meaningful journeys that might involve wizards, whimsy and a chamber ensemble. Spirit House, which has just come out, finds McLaughlin working with arranger and double bassist Ethan Foote. It's a partnership that feeds the spirit, with 10 songs that each tell a tale. When she performs, she often spins the stories behind her songs, which has always helped me latch on to her music as she takes me on her adventures. Here, she tells the stories of Spirit House.

"A few years ago, I kept getting sick. I tried all kinds of things to help improve my health, like herbal steams and Kundalini yoga classes. Sometimes, I felt like I was imbibing potions or concocting spells. Despite all my efforts, nothing felt like it was working. I ended up having this realization that things happen to the body that are beyond our control. Meditating on mortality reminded me of mystical stories, like the quest for the fountain of youth and encounters with wizards. That led me to read a story about Merlin. I was surprised to learn that his infatuation with Lady of the Lake led to his downfall. Magicians and wizards are often portrayed as invincible beings, but reading about their weaknesses showed a more relatable and human aspect to these supernatural characters."

"After watching a David Attenborough special on bowerbirds, I felt compelled to write a song about their whimsical behavior. Male bowerbirds build twig-like caves and decorate them with all kinds of found objects. It's fascinating that they tediously weave these complex designs, all in hopes of attracting a mate. I see correlation between the bowerbird's craft and my own songwriting, as we both use song paired with intricate structure to lure in listeners."

"'Kapunkah' means 'thank you' in Thai. It was one of the first words I learned how to say while traveling in Thailand. Although I couldn't speak Thai, I wanted to be able to express gratitude when interacting with people. While visiting a small island in the Andaman Sea, my friends and I met some locals who took us on a series of memorable adventures. This was such an enriching trip, and it left a positive impact on my spirit. I came up writing this festive song as a way to give thanks to everyone who took part in these vibrant encounters."

"Water is a recurrent theme throughout this album. It's such a powerful and transformative source of energy. I spent some time contemplating bodies of water and tried to apply their attributes to my own life. For example, ponds create self-contained habitats, so I'd use that imagery when focusing on my own self-development. Glaciers move at their own pace, which I'd keep in mind while practicing patience. These musings helped me find grounding when I would feel unsettled about things. I ended up turning these thoughts into a song about a wandering sailor. The sailor wonders what it would be like to belong elsewhere, but in their heart knows that they're right where they should be."

Calm Canary of the Arctic Sea

5. Calm Canary of the Arctic Sea

"One time, I read this article about a beluga whale that learned how to imitate the human voice. It inspired me to write a spin-off story where the beluga whale develops the ability to communicate to humans but is viewed as a spectacle. From there, the song explores the ideas of consciousness and existence. As fun as it is to marvel about extraterrestrial life throughout the universe, it's heartbreaking to realize how destructive we are with life on Earth. This song channels the helplessness I feel when acknowledging the continuous damage our planet faces from human impact.

"The beluga whale is called the 'canary of the sea' due to its high-pitched chatter. By using this nickname, I'm able to allude to the phrase 'canary in a coal mine,' where canaries where used to detect environmental hazards. I wanted the beluga whale to represent an innocent messenger that could warn humans about their dangerous habits."

"In English heraldry, the first son inherited the family estate, while the second and third son went to work in the church as priests. The fourth son was left to carve out his own line of work. His cadency symbol was the legless martlet, symbolizing restlessness and the inability to settle due to the lack of a designated role.

"While I was working on my first album, I really identified with the concept of the fourth son. I was trying to find my own path as a musician, but felt like I wasn't making enough progress or meeting people's expectations. Instead of pursuing a full-time job, I took on various gigs that offered flexible schedules so that I could focus on music. Sometimes I felt looked down upon because I didn't have a prominent position, but I knew that I had to pursue my musical endeavors. I faced a lot of external and internal challenges along the way, but I ended up covering so much ground and accomplished a lot of ambitious projects."

"Once I had this vivid dream that I was a young mother that witnessed the accidental drowning of my toddler. I woke up feeling an immense wave of grief. Later on that day, while walking along the Potomac River, I couldn't help but recall the visceral imagery from the dream. I took a break to sit by the water and began piecing together scenes from the dream through song. If I could interpret this dream, it'd probably stem from my uncertainty around the idea of parenthood. I'm old enough to be a mother, but I'm not sure I'm ready to handle that responsibility."

"Last spring, my boyfriend and I were both planning respective solo hiking trips. Even though we were excited, there was some worry in the back of my head. What if we came across some conflict in the woods? I tried to rationalize that problems can arise anywhere in life, and reminded myself that fear is a present obstacle that can keep you pursuing new experiences. It was right around then that I came across the concept of the will-o-the-wisp. According to folklore, will-o-the-wisps are glowing, supernatural orbs that appear in swamps and forests at night. Known to be mischievous or even malevolent, will-o-the-wisps often lure travelers off their paths with their hypnotizing glow, only to abandon them in the dark. These troublesome spirits felt like the perfect symbol for the anxiety I was having around solo hiking."

Legend of the Neighborhood

9. Legend of the Neighborhood

"Aaron Brown and I met in high-school guitar class, immediately bonding and developing a close friendship through music. When we graduated high school, we both bought our dream guitars. I got a nylon Cordoba and he bought a Dimebag Darrell electric guitar. It was the first and only check he ever wrote, as he died shortly after.

"When I heard the news, I went to a gathering at his parents' house. As people were pouring out memories of Aaron, someone said, 'He was a legend of the neighborhood, always walking that black dog around.' When I got home, I started writing a song about Aaron as a way to process my emotions. That line that I overheard really stuck out and became the introduction to a little a cappella ditty, which in due time morphed into a groovy track celebrating his exuberant spirit."

"The lyrics for this song were originally intended for something that my friend wrote. He had this melancholic guitar track and asked if I could come up with something to accompany it. It reminded me of waking up and watching a snowstorm unfold. We never got to put that song together, but I carried those lyrics with me for years. I was just about done putting songs together for Spirit House when I came up with my own guitar part for those words. It felt appropriate to wrap up the album with this stripped-down song."